Is social networking a force for good?

Praise is being heaped on the social network form of media for creating a new and exciting channel of communication between ordinary citizens, of which society’s upper class and elitists have no ownership. 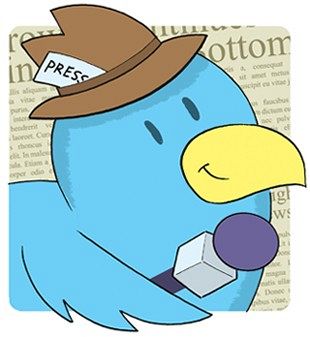 Facebook and Twitter in particular have conquered the world and are roaring commercial successes, the majority News Ltd owned MySpace has turned out to be a bit of a fizzer, something which i know peeves Rupert Murdoch off big time. For once, a multi-billion dollar privately owned enterprise has outwitted the ageing 80 year-old tycoon and he wants to offload MySpace before it burns up any more of his precious millions. Not too many journalists – or bloggers for that matter – are prepared to be critical of Facebook or Twitter, even though both are ripe for the picking to be critically panned for some of the more negative consequences they are bringing upon society. MySpace is actually not quite as much of a brainwasher—perhaps that is why Facebook and Twitter are killing it in the popularity stakes, well at least in Australia anyway.

Journos supposedly hate Facebook based upon the old adage that they hate any third party who is capable of blowing their cover and compromising their reputation; you wouldn’t think, then, that any journo – at least not from Murdoch’s and Fairfax’s mob – would touch Facebook with a broom handle. But that’s not the case at all, have a look on Facebook, and provided your name hasn`t been blocked like mine by a paranoid and over-sensitive journo you should see quite a few names of paranoid and over-sensitive journos on there. I think a lot of them are on Facebook just so they can see their own name to supplement their egos, maybe they should be like me and just settle for a Google search of their name (only kidding).

It isn’t just mainstream press journos who are using Facebook, either deliberately or unwittingly, for entirely the wrong purposes. If you look at how Facebook is set up, and what it offers in interactive features, one has to wonder what about two thirds of the millions upon millions of people who use it are doing on there if they are not sending messages to their friends, posting links onto the Facebook wall from another website or chatting ‘live’ to someone who is their friend and on-line at the same time they`re logged onto Facebook.

I used to think it was just me actually—that my blog Badrick Undulterated was making me unpopular and no one wanted to talk to me because something I wrote on my blog got up their beehive. Not wanting to fall into the trap of becoming a paranoid toss myself like all the press journos I’ve been dealing with for the past 12 months, I started to ask a few questions in more recent times to my friends – and I mean real friends outside cyberspace – as to what they thought of Facebook and the people they come across on there. Almost unanimously, all of them reckoned it was a big crock and that no one ever bothered to interact on there when the opportunity arose, and that it was really just a tacky form of social voyeurism where fakes and weirdos were in their element.

It took a lot of convincing, but in the end even I started to suspect it was true; Facebook is very persuasive as far as giving you the impression that the casual and frivolous friends you meet on there are your best friends and would take a bullet for you. I have to admit, I nearly got sucked into believing that as well. Facebook, even though it is just an avenue to be a sticky-beak and a loafer on the internet, nowadays has a who’s who of journalists, politicians, celebrities, socialites and people from all walks of life who use it. If it was used properly by the majority then the social barriers which separate the social classes, such as the divide which separates people in the media world from people like you and me, would have been broken down long ago and I probably wouldn’t think journos were snobs who couldn’t handle a bit of freelance competition.

What’s the point of being on Facebook, where you show your face and divulge some of your most personal information (except if you choose to set your profile to private like some ‘sensible’ people do) if you don’t want people to be genuinely interested in communicating with you directly in a real life association with some degree of substance. That’s a question I’d just love to ask about 10 million people across the world who seemingly waste their time on Facebook when they could be utilising their time on the internet sending old fashioned emails, reading publications such as Independent Australia and doing anything which is productive and useful.

Twitter is even more voyeuristic and peeping tom than Facebook, even though it is almost entirely ‘faceless’ and relies more heavily on spontaneous and disposable chit chat. On Twitter you only need to be a registered user to publish any comment you want on somebody else’s Twitter page. If that isn`t an invitation to invite stalkers and other ne’er do wells into your private life, so that they can profile everything you say and misrepresent you to third parties then I'll eat my best Sunday hat. To me, especially if you are a journalist or politician with a public profile, you would have to be a bit of shingle short to go anywhere near Twitter. Quite simply it is sick cheap-shot voyeurism for deadbeats who have got too much time on their hands. 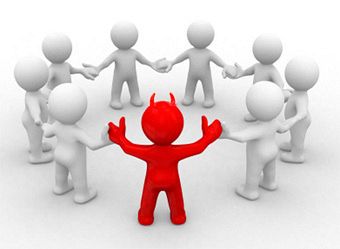 I understand that social networking has helped bloggers and freelance journalists distribute what they write to places where it wouldn’t have ever been possible before it came along in the early 2000s. I unashamedly admit that I gave Facebook a go myself to get Badrick Unadulterated out there, and to a great extent, it worked. However, for someone like me who viewed Facebook simplistically as an escape from reality and a chance to touch base directly with people and make myself accessible and approachable and open to criticism for what I wrote on my blog, I ended up finding the whole Facebook experience to be empty and totally lacking personality.

If it works for you, then that’s great. I have noticed that Independent Australia has a loyal following on Facebook and Twitter, and I’m not saying that people who read this website shouldn`t use social networking as a tool to distribute the articles which get published on here. Of course you should, but just be reminded that beyond such sensible communication lies a social networking site which is almost entirely devoid of personality and people who are really and truly your friend, not just on your computer screen.
MEDIA blogging Facebook Rupert Murdoch Social networking Tim Badrick Twitter
Recent articles by admin