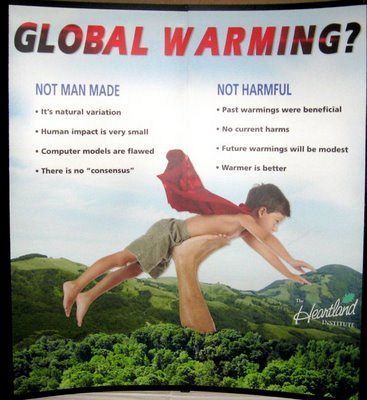 The climate-change-denying think tank The Heartland Institute pays monthly stipends to vocal global warming sceptics, received $200,000 from the Charles G. Koch Foundation in 2011 and received a total of $3.4 million from corporations in 2010 and 2011, according to internal documents released last night.

DeSmogBlog released the documents Tuesday night to expose its rival in the global warming debate. The blog received the documents from an anonymous "Heartland Insider." Here's the inside scoop and more on Heartland: