Rather than spending millions on advertising, companies like Menulog should be prioritising the welfare of their workers, writes Patrick Lukins.

IT WAS DEEPLY saddening to hear that five delivery drivers had been killed at work within two months and a Menulog rider seriously assaulted.

I didn’t know them but I still feel like I’ve met them. I’ve used delivery apps. They save my bacon when I’m in hibernation after a night shift as a paramedic. They’re always polite and I always tip them because I know they earn well below minimum wage.

When I flicked on the TV and saw the unmistakable Snoop Dogg posing as the working poor for a paid promotion, it jarred.

That Menulog has chosen Snoop as their poster boy seems a strange one. He is a self-described misogynist, known for unleashing threatening tirades against the woman he takes offence to. The former pimp was banned from entering Australia due to firearm offences.

Snoop Dogg was reportedly paid almost 10 million dollars for this gig. It's an extraordinary amount.

The following day it was still weighing heavily on my mind. I was walking down the street feeling sadness lurking behind me, it was creeping up behind me, something tangible. I felt it before I heard it. And then I saw it. A big orange Snoop-Doggy bus.

The garish gas guzzler adorned with Snoop’s ever-versatile expressionless expression glaring down pedestrians, loosening buttons as it jammed up traffic. Up back, his signature spitting style on a loop through two speakers located firmly on the depot’s finest derriere.

The bus was purposely empty, save for the self-conscious looking driver at the helm, and in its wake, it left what may just be Snoop Dogg’s greatest lyrical legacy:

Private jet in the night sky
My man hand glide by with my fried rice, right
What could you not love
‘Bout a slice on the side of the hot tub?
[Just eat] We gon’ do this Doggy style
Did somebody say Just Eat? 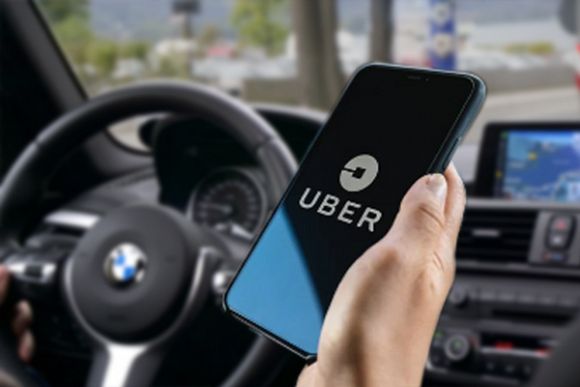 A recent Victorian Government report on the gig economy reveals a sector governed by laws that act against workers' interests.

Print, radio, television and billboards. Considering the recent road deaths of delivery riders, including two who were killed by a bus, plopping an empty mass transit vehicle onto our traffic-clogged streets doesn’t seem like the smartest PR move.

Nor does paying a multi-millionaire millions of dollars to rap about eating fried rice in a private jet at a time when celebrity privilege is being called out and the everyday person celebrated. It all comes across as a little tone-deaf.

I don’t want to be a wet blanket: it’s a catchy jingle. But I wonder how gig-workers must feel when they see a paid celebrity, worth around $150 million, perched high on a tricked-up chopper bike with a delivery box propped on the back. I’m sure they wouldn’t think too much about it, they have more pressing issues to worry about, like how they’ll fill up their scooter and put food on the table with the same paycheck.

Surely Menulog realises that this money could’ve been better spent providing their frontline workers with safety provisions and a basic living wage. 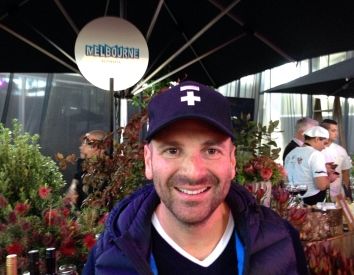 George Calombaris defenders are blaming everyone but him

The collapse of George Calombaris' hospitality empire should be a warning to all, writes William Olson.

The explosion in the use of delivery services during the pandemic has led to a profit boom for these tech companies. The multi-billion-dollar delivery industry could well afford to give up the act that their employees aren’t really employees.

They’re the people who built these fortunes, they’re at the frontline. They’re not doing it for the love. The NSW Government has announced a taskforce, but what’s actually needed is immediate action through emergency regulation.

Until then, I’ll keep tipping; we all should. Let’s not ignore them like their employers have, they’ve put themselves at risk to keep us in our homes during a pandemic. Until the Government forces these gig giants to open their own piggy banks, let’s help them all get a ride on the gravy bus.

Patrick Lukins is a paramedic, freelance writer, domestic violence officer and volunteer for Doctors for Refugees.

6 January 2021, 3:30pm Rather than spending millions on advertising, companies like Menulog should be ...
Join the conversation
comments powered by Disqus
News updates