Calls for regulation will be unpopular with established media

The media industry will vehemently resist any calls for regulation coming out of the Convergence Review, says Dr Susan Forde — but that doesn't mean it's not in the public interest. 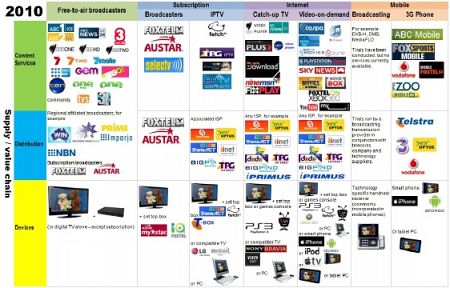 I’m looking forward to the next few days.

The Convergence Review’s key recommendation to introduce a new body to “regulate” the activities of our major 15 media operators – including newspapers – is significant.

I expect the major media ownership groups, particularly those primarily invested in newspapers, will vehemently oppose this move given newspapers have been the one part of the media landscape that has, to date, operated with only the self-regulatory “toothless tiger” of the Australian Press Council to monitor their quality.

To a large extent this recommendation is an expected outcome given the changing nature of the media industry and the convergence that has occurred. We are overdue for a body that can regulate all news media, not just broadcast as the Australian Communications and Media Authority has done.

And as the review correctly points out, despite the great deal of hype about the diversity that new technology offers, in fact it is just the media through which the information is received that is changing, not the source or content.

The review report notes: “News and commentary consumed by Australians across all platforms is still overwhelmingly provided by the news outlets long familiar to Australians. What has changed most dramatically is how Australians access their news — the source largely remains the same. For example, someone may read a news story on Facebook, but the originator of the article is a newspaper publisher.”

Another issue which will also feed the controversy stands out. The recommendation to introduce a “public interest test” for any future media acquisitions and mergers.

The issue will further raise the ire (and indeed already has) of major media ownership groups. This recommendation was alluded to in the Review Committee’s interim report released in December so has already attracted some comment.

Media owners have always, in response to inquiry recommendations, run campaigns against any suggestion that their right to carry out their business as and how they see fit should be tampered with.

Their key complaint this time, suggested in News Ltd’s submission to the Convergence Review, is that the application of a public interest “test” may be difficult to immediately define – in News Ltd’s words, the proposed public interest test is “flawed, entirely subjective, impossibly imprecise, vague and lacking in objective rigour”.

Too often, news media companies use the “public interest” claim when it suits them – when they discover an MP leaving a brothel late at night for example; or when they get wind that an ex-footballer might be having an extra-marital affair. Exposing such information is, apparently, “in the public interest”. It is also, of course, in their own commercial interests.

News Ltd stands by its coverage in recent years, for example, of the Brisbane Courier-Mail’s infamous pursuit of historian Manning Clark as a communist; and also of the organisation’s publication of photographs of Pauline Hanson which have since been proven (and it was obvious at the time), to be false.

The related debate about the establishment of a large regulator to cover all media platforms will also give rise to a more careful consideration of this most crucial democratic issue – and will be well worth the cost of the Convergence Review.

As a final point, the Review identifies another key point that focuses on the desperate need for more local content and “community” voices, something delivered increasingly by not-for-profit community and public broadcasters.

If we need one reminder of the need for a strong not-for-profit media sector which prioritises local information and strong journalism over business concerns, the abandonment of rural and regional communities by commercial radio over the past 10-15 years is evidence enough.

As expected, the Convergence Review doesn’t go far enough. It does not recommend measures which would see a strong independent media emerge and take an important place in our mediascape.

It softly recommends community broadcasting have “access to funding to drive innovation” in delivery of radio and television on digital platforms but offers no substantial policy recommendations to properly support more concrete development of these important local media.

This should be the next step in reviving Australia’s public sphere.

The growth of the internet and the “convergence” of media forms may make cross-media ownership regulation less of a priority now, but it does not remove the need for our news media to provide the public with informed, rigorous, responsible, quality news and current affairs.

This can only be achieved with a broad-ranging and diverse news media sector which has an overriding responsibility to serve the public interest.

The Convergence Review’s suggestion for a new regulator encompassing all media, and the introduction of a public interest test, will go some way towards achieving this provided the legislation developed properly reflects the reality and aims of these recommendations.

We now have months to wait to see the government’s response to this important document which will shape Australian media structures and content into the future.