Before the Murdoch dictatorship

Rupert Murdoch is a world expert in sleight of hand and getting what he wants and that’s why the ALP changing to Rudd would have him rubbing his hands with glee, writes Rodney E. Lever.

It has the elements of a Shakespearean melodrama. The head of the clan with all the power of a medieval monarch arrives to claim what he deems his rightful place as head of the clan ― leader of the nation of his birth.

Years ago, he would regale me with his hatred of the British monarchy. I would tease him with a remark like: “You just want to be king.”

I believe now that I was close to the truth. I asked him once why he did not go into politics himself, because he seemed so absorbed already. His response was to look up and smile and just say: “No.”

Dramatic elements  spur the imagination and now I really believe he could change the way we all live, here in the land of Oz; the once great and dominant Australian Labor Party will be ground into dust, the Murdoch with his grovelling court and the sinister Abbott leading his equally sinister followers through the gates of ultimate power in an already wealthy nation becoming wealthier as the years go by.

The lion’s share of that wealth would go into the Murdoch coffers and the people would be handed the bruised and smaller apples, wallowing in sports and circuses and trivia for which we would all pay.

What can we do? Where can we go?

From the day the first English foot made its mark on the sand of Botany Bay ‒ white on black ‒ we have been guided by print ‒ black on white ‒ and told what to do, where to go, what to think and who to trust. Guided by mysterious polls that nobody really understands or trusts, we act like sheep heading through the only open gate ― to the “abbottoir”:

Then came the internet, an electronic marvel that wipes the fog of print from our eyes and we begin to find that we can think for ourselves. For the first time in 200 years we have new sources of information and we learn that the rolled-up newsprint chucked our lawns is not the purveyor of truth that we thought it was.

The National Broadband Network is a new miracle that will bind the nations of the world. Already there is a volume of sites which feed us with information from all over the world; much too much, in fact. We can select from them the favourites in which we have confidence. The internet and the newer Network give us a source of information about absolutely everything.

For the first time in history, we have a wealth of knowledge available from which we can pick and choose and in which we can have confidence. For the first time, we have the ability to reach anyone and everyone anywhere on the planet.  Some countries consider such a thing as a danger and there will be ways to limit our knowledge, but there will always be those on both sides with the technical savvy to smash down the walls. But first we have to have access.

The Murdoch knows all this and that is why he will try to interfere with the most basic features of  its operation.  The Murdoch’s prime goal is to limit ‒ not increase ‒ our sources for entertainment and communication so that he ‒ and the government after him ‒ can control it and make money from it.

With Turnbull and Abbott in charge, broadband will be far from its potential: connection by flimsy and unreliable copper wire rather than the permanent electronic node; and no doubt easier to restrict in use. In Germany, Adolf Hitler ordered the burning of the books. In Australia, under Murdoch-Abbott there will surely be a stranglehold on what we need and want to know.

The Murdoch will come in the last few weeks of the election, just as he did when he erased the Whitlam government, hurling fear and panic at the electorate. 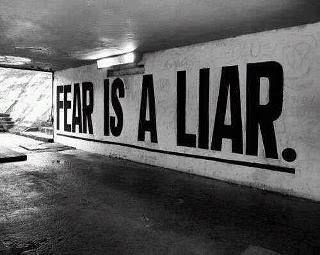 What we have to realise is that he now has forty more years of experience of manipulating elections in England, the United States and Australia. He is a master of the sleight of hand; an expert at picking the right time and the right strategy. One could call him a world champion at getting exactly what he wants whenever he wants it.

You only have to read a small sample of the trivia and pompous self-important garbage promulgated in The Australian newspaper by some of its narcissistic and slavish reporters to have a glimpse of the future of Australia under a Murdoch dictatorship.

The great danger now is for the Labor Party to lose its nerve and seriously consider a change in leadership.  Such is being enthusiastically promoted in the Murdoch media every day. A switch from Gillard to Rudd, with one or two or three front bench members losing their nerve and triggering a leadership replacement would play right into the hands of the Murdoch.

Murdoch can control Rudd. He cannot control Gillard or her team. Murdoch loves a two horse race, but only when he owns both horses. Any change by Labor now would leave Murdoch rubbing his hands with glee.

That is why, in those fourteen days in September, we need to think carefully about who and what we vote for. We need to go deeper into the past and consider the future. We need to forget about personalities and media trivia and look at the whole issues. We need to realise that our vote can change Australia for good — or for selfish evil.