Why should taxpayers foot the bill for a news service that repeats the same lies as the commercial media? Alan Austin looks at the ABC's meek surrender to News Corp ideology.

THE FOLLOWING WAS SUBMITTED as a formal complaint to the ABC on 10 December 2013:

ABC News is using employees of News Corporation Australia as sources of information and analysis. This makes the risk of repeating distortions, omissions and falsehoods unacceptably high.

Hence it violates the ABC’s duty 'to ensure that the gathering and presentation of news and information is accurate according to the recognised standards of objective journalism'.

Specifically, on Monday 18th November 2013 on News Radio Marius Benson interviewed Dennis Shanahan from The Australian on Sri Lanka, the debt ceiling and the by-election for Kevin Rudd’s seat.

It was disturbing to hear the ABC use the services of any News Corp political ‘journalist’, but especially one with Mr Shanahan’s record of falsification of ‘news’.

News Corp is part of an international organisation which has a proven history over the last decade or so of activities against the law and against the common good in virtually all countries in which it operates. These include serial fabrications.

In the United Kingdom, more than 100 people have been arrested recently on charges relating to News Corp illegally sourcing information. Of these, 26 have been formally charged.

In Australia, many senior employees have violated laws with the approval and support of management.

In 2011, Andrew Bolt was found guilty in the Federal Court of fabricating more than 19 deliberate falsehoods regarding Aboriginal Australians. In two articles.

In 2002, the same employee was found guilty in the Victorian Supreme Court of concocting falsehoods against magistrate Jelena Popovic.

In a later appeal hearing, Justice Eugene Gillard said: 'Mr Bolt’s conduct in the circumstances was, at worst, dishonest and misleading and, at best, grossly careless. It reflects upon him as a journalist'.

Despite these adverse findings and others, Mr Bolt remains employed.

In his judgment on the wrongful dismissal of Bruce Guthrie, Justice Kaye said he “had reservations about a number of features” of the evidence of (then) News Limited chief executive John Hartigan.

“In my view Hartigan was an unreliable witness in respect of the negotiations that proceeded the formation of the contract.”

The judge was even more scathing of the lies of Herald and Weekly Times chief Peter Blunden: “I also consider that the explanations given by Mr Blunden in evidence … do not survive scrutiny.”

An excessive number of News Corp writers have been found by the Australian Press Council (APC), by Mediawatch and other investigations to have fabricated ‘news’ for political advantage or to have committed other breaches of ethical journalism.

The ‘journalist’ interviewed by Marius Benson in the specific example, above, fabricated the front page story in The Australian on 29 February 2012. His six fresh news ‘revelations’ were all completely false.

As long as the ABC uses news and current affairs reporters employed by News Corp then the reliability of the ABC’s reports will continue to be just as low.

So far in 2013, the ABC has upheld more than forty complaints about inaccuracies in its reports. It may be instructive to research how many of these false reports originated from News Corp personnel or publications. All? Most? More than half?

Hence the ABC’s duty would appear to be to avoid completely reports from News Corp or other organisations which willingly employ known fabricators.

Alternatively, perhaps an advisory for listeners in advance: “Warning. The following report is from an employee of News Corp and hence is highly likely to be factually inaccurate."

This would serve the interests of listeners who prefer valid information to distortions.

It would also serve the interests of the ABC when some are calling for its privatisation. Clearly, there is no justification for a news service paid for by taxpayers when it broadcasts the same misinformation as does News Corp – and by the very same people.

Please note this complaint relates to using reporters from News Corp’s state, national and foreign affairs news departments where the culture of omission, distortion and fabrication is entrenched. It does not apply to the sports, arts or travel departments which have remained free of false reporting.

This complaint does not relate to using journalists from other media organisations which do not have a proven record of criminality and falsification of news.

I am familiar with the case made by [New Matilda journalist] Ben Eltham regarding the employment of [News Corp journalist] Alan Kohler and the response by [ABC director of news] Kate Torney. The missing element in Ms Torney’s analysis seems to be that News Corp, unlike Fairfax, Crikey or other media organisations, has now moved outside the field of legitimate news media organisations and now routinely generates deliberate falsehoods. It clearly expects its senior personnel to lie – in court, as well as in their publications – and rewards them for so doing.

This was shown fairly conclusively in the recent Leveson Inquiry in the UK.

Please note finally that this does not relate to the matter of political bias or balance. It relates solely to the reliability of the factual information presented.

An automatic reply was received immediately on 10 December, advising reference number C66136-13 with a link to the complaints page.

'The ABC seeks to deal with complaints as quickly as possible, and aims to respond to all complaints within 30 days of receipt. However, due to the complexity of some complaints and the availability of staff, some complaints may take longer to finalise.'

Since then, further articles have appeared in Independent Australia exposing the fabrications of Dennis Shanahan — one by Matthew N Donovan and another by this writer.

ABC News Radio has continued to broadcast the analysis of Murdoch ‘journalists’. On Thursday this week, Marius Benson aired several factually problematic assertions by The Australian’s Patricia Karvelas in his ‘Daily political chat’.

These included about Tony Abbott, that

"... politically, he doesn’t want to break any election promises. He’s made that extremely clear."

Readers of Independent Australia, of course, know what News Corp readers will never be told — that Abbott has already broken more than 25 promises.

A follow-up inquiry was sent to the ABC on 14 February which received another automated email response – reference C7699-14. But nothing further.

If and when a response is received, IA will advise. 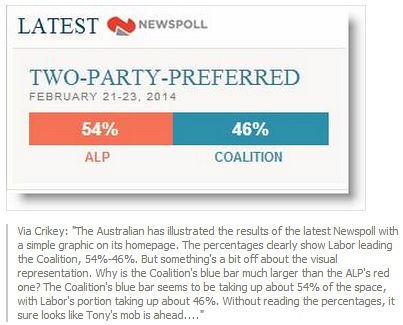 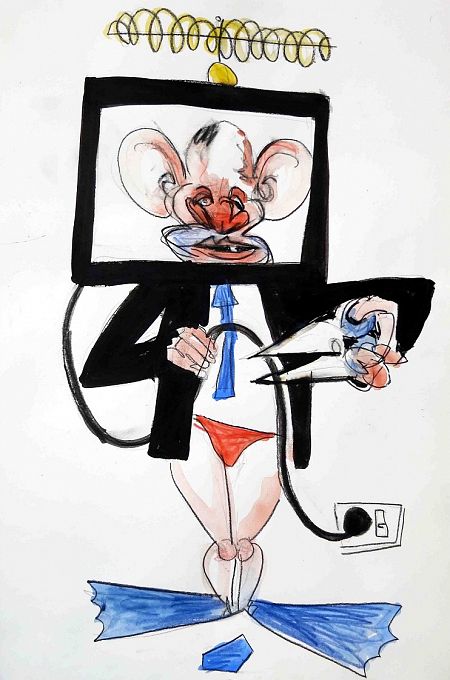