Jimmy Little was a gentle soul with a honey-sweet voice who trailblazed a path for other Indigenous Australians to follow. Jenny LeComte remembers not only an iconic Australian entertainer, but also a deeply honourable and generous man. 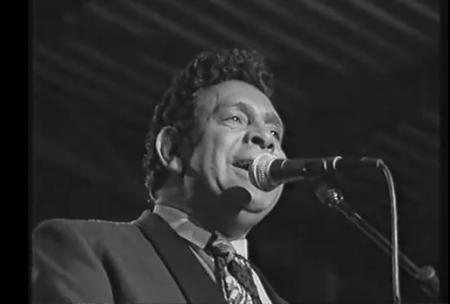 James Oswald “Jimmy” Little, the first Indigenous Australian artist to have a nationwide number one hit, achieved this feat four years before Aborigines were considered an official part of the population.

The honey-voiced entertainer died at his home in Dubbo, NSW, on Monday, April 2, at age 75 after a long battle with kidney disease.

In a musical career spanning six decades, Little achieved his greatest successes between 1959 and 1964 when he scored minor hits with Danny Boy, which went to number 9 in Sydney in 1959, and a cover version of Marty Robbins's El Paso, which peaked at number 12 the following year.

In 1963, Little scored a number one hit in Australia with the country gospel song Royal Telephone.

He achieved Top 20 success the following year with One Road, a song written by Barry Gibb — an Isle of Wight-born immigrant who would go on to achieve international fame with the Bee Gees.

Little's first single – Mysteries of Life/Heartbreak Waltz – was released in 1956, and was well received in a country that did not even recognise Aborigines as an official part of the `reckoning population' to be included in Census figures until 1967.

In other words, Little spent the first 30 years of his life as a non-human life form in the eyes of the government in his own country.

He was born on 1 March 1937 at an Aboriginal mission called Cummeragunja outside the southern NSW town of Barmah on the banks of the Murray River.

Little's people – the Yorta Yorta – had been relocated from the Maloga Mission in the late 19th century and, over the years, they became increasingly unhappy with the management of the mission, living conditions and restrictions the NSW Aboriginal Protection Board placed on their movement.

On 4 February 1939, around 200 Indigenous Australians walked off the mission and crossed the border from NSW into Victoria, after a Yorta Yorta man called Jack Patten was arrested and removed from Cummeragunja after trying to address the local people.

Many settled in the Victorian towns of Echuca and Shepparton, and the walk-off was immortalised in Pecan Summer, a 2010 opera written by Little's niece Deborah Cheetham.

After leaving the mission, Little moved to Sydney to further his musical career. His natural, warm, singing voice earned him a reputation as a consummate mellow balladeer who was often favourably compared to both Nat King Cole and the smooth US country crossover singer Jim Reeves.

In addition to achieving national success in a time when Aborigines had few rights, Little continued to perform mostly to country music and Indigenous audiences for the next 40 years.

Kasey Chambers, whose family outfit, the Dead Ringer Band, worked with Little and who shared the country music limelight with him at the annual country music festival in Tamworth, described Little as a `a gentle soul to be in a room with'.

To the surprise of many, Little went into the studio in 1999 and recorded the successful Messenger album on which he recorded highly original versions of Australian songs from the 1980s which had been hits for, among others, the Church, Crowded House, Paul Kelly, Ed Kuepper and Nick Cave and the Bad Seeds.

"He had all the moves and that great voice and he knew how to use up all the magic in the room," he said.

Following the success of Messenger, Little released another album of covers called Resonate in 2001. While not as commercially successful as its predecessor, it contained songs commissioned for the project plus a distinctive version of The Triffids Bury Me Deep In Love.

Singer Paul Kelly described Little's cover of Surely God is a Lover as one of the best ever treatments of one of his songs, adding that Little was "an absolute gentleman" to work with.

Kelly explains, "I saw how much he was loved by other performers when we worked together. He was like an uncle to everyone."

Little was widely respected among his fellow Indigenous Australians for working tirelessly to improve Aboriginal literacy and for always being available to add his musical voice to any worthy Aboriginal cause.

After being diagnosed with kidney failure in 2004, he established the Jimmy Little Foundation to help deal with kidney disease among indigenous people.

"He was also a tireless advocate for improvements to Indigenous health, through the work of the Jimmy Little Foundation and other organisations," she said.

Little was made an officer of the Order of Australia in 2004 and also appointed as a National Living Treasure.