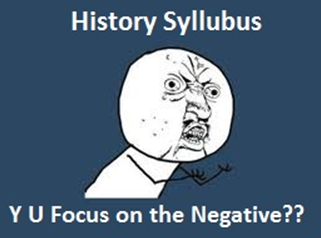 It’s a strange state of affairs that Australia is still not a republic — and it seems quite plain that a fair portion of the blame for this lies with the education system. Put simply, if – like America – we taught students a history of this country that focused on the positive achievements of Australia, rather than simply focusing on the negative and the dull, then Australians might have had a sense of identity strong enough in 1999 to recognise that a supposedly modern egalitarian nation ruled, at least in a formal sense, by a foreign monarch is an anachronistic affront to common sense.

Not only this, but to retain the current arrangement is akin to a 40 year-old still living with his parents; it’s time to move out and assert our status as a modern independent nation wholly in our own right! Unfortunately, though, it seems that the often dull and negative teaching of Australian history in our schools has blinded us to this fact; if we don’t know who we are as a nation, it’s hard to state in unison what we want, and since the status quo is not intolerable we’ve lacked the motivation to hammer out who we are, what we want, and to assert it.

It’s a shame, really; ask people to describe the Australian Identity and you either get a description of the Man from Snowy River, or you get a collection of general values like loyalty, ‘mateship’, and a ‘fair go’ that in effect amount to a description that could apply to anyone anywhere who is a decent human being. If we are to identify anything, let alone what is it to be Australian, we must be able to state what it is that we value that separates us from other societies — and for this, as the British and Americans have shown, we need founding stories and heroes we can be proud of. We do have them, but the average Australian has barely a shred of knowledge about them, and a good portion of the blame should fall to what has perhaps been consistently one of the most boring and disproportionately focused history syllabuses ever devised.

Australian history, as it is taught to students in this country, typically consists of teaching three things: the date of arrival of the first fleet, that we had explorers and bush rangers, and that Indigenous Australians were treated shamefully. Is it any wonder, then, that as a society we have shied away from drawing upon our history to understand who we are and what we stand for as a nation? In a very real sense, it appears that the job of defining the Australian identity has been left to beer commercials. Apparently what defines us as Australians is that we drink beer, we stand around at barbeques, and we use hearty doses of such phrases as ‘too right’, ‘fair dinkum’, and ‘don’t work too hard!’. The fact is, Australians are more than this, and our history is rich, interesting, and full of men and women we can be proud of, but you’ll never know it unless you research it yourself.

Children need to be taught properly about the great controversies and champions of this country. What about the flamboyant William Wentworth with his penchant for civil liberties, grand gratuitous speeches against the establishment, and who sent off the unpopular Governor Darling with a 4,000 guest party on a hill complete with the phrase ‘Down with the Tyrant’ emblazoned into the night sky with fireworks.

Or what about the first Chief Justice of the NSW Supreme Court, Francis Forbes, who struck down the Governor’s attempts to censor the press with words that are all too relevant to present government proposals:

‘To subject the press to the restrictive power of a licenser… is to subject all freedom of sentiment to the prejudices of one man, and to make him the arbitrary and infallible judge of all controverted points in learning, religion and government.’

Or what about positive attempts towards the Indigenous population, such as Governor Macquarie’s opening of a school for Indigenous children, or his stern warning to the Court that they ensure fair hearings for Aboriginals suing for wages.

Students could even learn of the first instance of a ‘fair go’ in Australia in the Cable's case, where a husband and wife with child sent as convicts to Australia, who had their property stolen on the voyage, were able to sue the ship’s captain on arrival — whereas in Britain, at the time, their sentences would have prevented them having any access to the courts at all.

The point to be made is that there are plenty of stories to be told and people to admire from our history — and many great controversies like the infamous Rum Rebellion and Governor Darling’s war on the press. We need not distance ourselves from our history and look to other cultures for our identity. We need to acknowledge the negative, look to the positive, and reflect with pride upon how far we have come as a nation that has many times led the world in democratic freedoms and technological innovations. We need to know who we are, what we stand for, and move into the future with confidence as a wholly independent nation.