Though monarchist's try hard to spread the rumour that the Australian Republican Movement wants to get rid of the Australian flag, the truth of the matter is that the ARM has no position on this issue. It is completely separate from the issue of Australia cutting the apron strings to Britain and becoming a truly independent country. We could change the flag and not become a republic, like Canada did with the maple leaf, or we could become a republic and keep the flag. Either is quite foreseeable. 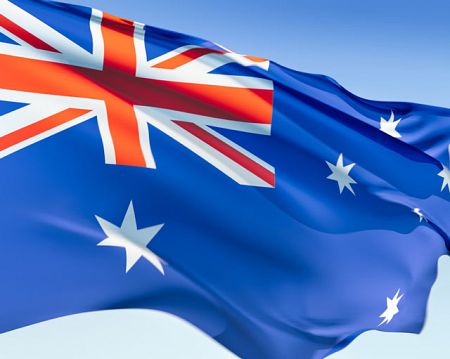 Personally, I am ambivalent about changing it, as I am quite attached to the Aussie banner. I believe it is a fine looking flag and it reflects our place in the world and our British heritage. Unfortunately, it doesn't acknowledge the original inhabitants of the nation and it is also very easy to confuse with the New Zealand flag. Also annoying is that it seems that whenever anyone, such as a victorious athlete, drapes themselves in the Aussie flag it always seems that the only thing you can see is the Union Jack, which is not exactly the image of a proud and independent country that I imagine most of us would prefer our flag to portray.

John Pyke, in his constitutional info site, has taken a stab at dissecting this prickly debate and offers a suggestion for a new Australian flag.