By putting himself and his wife in danger during the recent London riots, does Prince Charles show he lacks the requisite judgement to be our head of state? Lewis Holden comments. 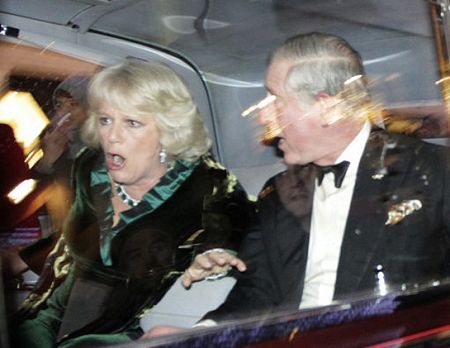 THE pro-monarchy blogs are awash with the video and pictures of Prince Charles and Camilla's car under attack recently during student protests in central London.

As you'd expect, they are focussing on the actions and identities of the attackers rather than Charles himself. But, as usual, they miss one of the most significant factors contributing to the whole debacle: why on earth was Charles and Camilla there in the first place?

Obviously the attack was deplorable, as of course is any physical violence—but why were they put in that position in the first place? As it turns out,  media reports show that Prince Charles, heir to the throne, went against all advice given to him and voluntarily put himself and his wife Camilla directly in harm's way.

If the reports are correct, and there is no reason to suspect they aren't, then it appears to show an arrogance unbecoming in a future Australian head of state. Charles was advised that attending the Royal Variety was hazardous due to the protests in central London, which had already turned ugly. He went against advice and insisted on being present. Allegedly the Prince said the show had to have a Royal presence. Further, he insisted on taking his Rolls-Royce, going against his protection squad's advice. His reason was clear: the Rolls Royce was more visible to the public than the alternative, a late model Jaguar. But the advice to Charles was also clear: a Jaguar was more manoeuvrable and has a smaller turning circle. This meant the Police could take him on a different route through backstreets that were out of harm's way.

All of this confirms what some of us have suspected about Charles. In November 2004, a note written by Charles for an Employment Tribunal dispute became public. It seems one of his staff members wasn't too happy with being continually passed over for promotion because of her gender. In response, Charles went on a rant about modern society which revealed a little too much about his attitudes towards his future subjects:


It is a consequence of a child-centred education system which tells people they can become pop stars, high court judges or brilliant TV presenters or infinitely more competent heads of state without ever putting in the necessary work or having the natural ability.

Infinitely more competent heads of state? One wonders what necessary work Prince Charles ever had to undertake to become heir to the throne, other than luck by being born into the right family. Given the heir's lack of judgement when it comes to keeping himself and his wife safe, one also has to seriously wonder about his so-called "natural abilities".
REPUBLIC Australian head of state Camilla Parker-Bowles Lewis Holden Prince Charles Rolls Royce
Recent articles by Lewis Holden