Monarchists are clutching at straws by using statistics to justify their claims of superiority. Lewis Holden reports. 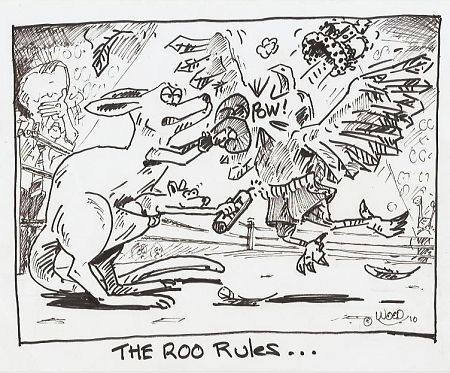 You probably know there are lies, damned lies and statistics. Monarchists believe that a clutch of international rankings they selectively quote prove incontrovertibly that monarchies are "undeniably better" than republics. It's transparently a desperate attempt to scare Australians and New Zealanders out of their republican senses, isn't it? It's a ruse - why, for example, is it never seriously claimed that an Australian republic would cause Australia's rankings to decline? The lack of a causal evidence presented by the monarchists (how on earth does the Queen decrease infant mortality?) is another indicator of the desperation they exhibit. You probably picked that.

Aside from that, there are plenty of other international rankings republicans can point to that (the top 9 fastest growing economies in the world are republics, for instance) refute monarchist claims. But that ignores a certain underlying reality: all of these rankings are subjective measures. The Democracy Index, for example, doesn't appear to consider the wide-spread use of plebiscites and referenda in parliamentary republics. Moreover, it's clear from the Democracy Index that older democracies out-rank newer democracies, and that certain geographic regions (such as Western Europe, which invented liberal democracy) do much better than others (Africa and the Middle East). There is a clear division between wealthy and poor countries.

One other claim the monarchists make may have caught your attention:

"Constitutional monarchies are going against the trend towards authoritarianism which this index reveals."

As usual you can see their leader is wrong. Dead wrong. Here's a comparison of the most authoritarian constitutional monarchies*:

As you can see, most authoritarian monarchies have become more authoritarian, while two have made progress (Kuwait presumably because they allowed women the right to vote). Many others have stalled or only made minor gains.

Of course, I've just done exactly what the monarchists do with these statistics: manipulate them to prove a point. But you probably picked that.