By admin | 23 August 2011, 12:00am | comments |
Indigenous peoples have long sought recognition in the Australian Constitution. They do so because this fundamental law has either ignored their existence or permitted discrimination against them. They also argue that the story of our nation is incomplete without the histories of the peoples who inhabited this continent before white settlement.

Symbolic change by way of a new section or new preamble to the Australian Constitution is a good start, but it will not be enough. If recognition is not to ring hollow, it must also involve the removal of the last vestiges of racial discrimination from the document.

The Constitution was written in the 1890s against a backdrop of racism that led to the White Australia policy and a range of other discriminatory laws and practices. The result was a Constitution that referred to Aboriginal peoples only in negative terms. Section 127 even made it unlawful to include ‘aboriginal natives’ when counting the number of ‘people’ of the Commonwealth.

Section 127 was removed by the 1967 referendum, but other problems were left untouched. The result is a Constitution that in its text and operation still runs counter to the idea of Aboriginal Australians being equal members of the community.

The first problem is section 25. Headed ‘Provision as to races disqualified from voting’, the section acknowledges that the States can disqualify people from voting due to their race. This reflects the fact that at Federation in 1901, and for decades afterwards, States denied the vote to Aboriginal people. Unfortunately, the Constitution still recognises this as being a legal possibility. The section is repugnant and should be deleted. 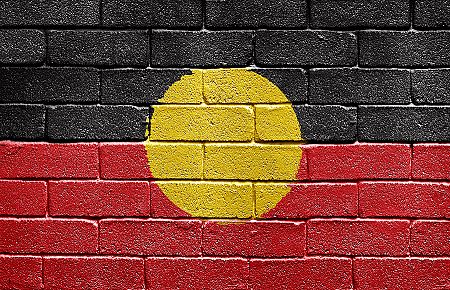 The second problem is the races power in section 51(26). It says that the Federal Parliament can make ‘special laws’ for the people of any race. The idea in 1901 was that laws were needed to discriminate against certain races, such as by limiting their choice of occupation or where they could live so as to limit their contact with white Australians. As stated by the nation’s first Prime Minister Edmund Barton, the power was necessary to

“…regulate the affairs of the people of coloured or inferior races who are in the Commonwealth”.

The races power did not originally apply to Aboriginal people. At the time of Federation, they were described as a ‘dying race’ and it was thought that their affairs would best be managed by the States and not the Commonwealth. The power was finally extended to Indigenous Australians at the 1967 referendum along with a hope that it would be used to advance their interests. However, nothing was done to indicate that the races power could only be used for their benefit. The discriminatory possibilities of the power thus remained. When the issue was raised in 1998 in the Hindmarsh Island Bridge Case, the High Court left open the possibility that the power could still be used in this negative way.

i)   grant the Commonwealth Parliament power to make laws with respect to “Aboriginal and Torres Strait Islander peoples”;
ii)  prohibit the enactment of racially discriminatory laws by any Australian Parliament (while also providing that this does not prevent the making of laws that redress historic disadvantage);
iii) permit the making of legally binding agreements between Indigenous peoples and Australian governments.

Australia needs to recognise Aboriginal peoples in the Constitution in this way. It does not speak well of our nation that after more than a century we have yet to achieve this, and have not removed the last elements of racial discrimination from the document. It is past time that we had a Constitution founded upon equality that recognises Indigenous history and culture with pride.


(This story was originally published in http://youmeunity.org.au on 18 August 2011 and has been republished with the author's permission.)