Indigenous community closures in WA: Barnett turns his back on traditional owners

Prior to Christmas, the West Australian Government announced that it would be closing up to 150 remote Indigenous Communities in Western Australia. This announcement came as a complete surprise to the Indigenous communities, who were not provided any notice of this being under consideration by the State Government.

The Premier – Colin Barnett – said he had no other options after the Federal Government announced they would no longer fund essential services to remote communities, instead providing a one-off payment of $90 million to the State Government to take responsibility.

Anthony Watson, a Nyikina Mangala man and chairman of the Kimberley Land Council expressed great disappointment with this decision as he says:

"It illustrates that the Government did not give thought to the social and cultural implications that such closures would have, not only on the directly affected communities, but the metropolitan communities too." 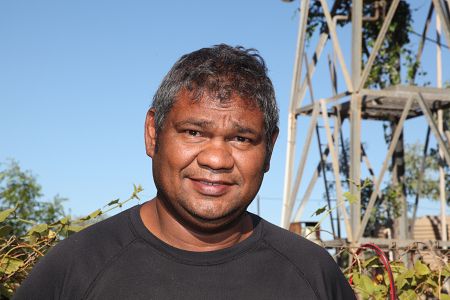 There are numerous logistical considerations that common sense would suggest needed due thought before closing any community, not just an Indigenous community, such as:

Leaving aside the logistics, how can we, as a society, allow governments to close communities and force Indigenous people from their land? How can we allow policies of removal and assimilation to continue?

Consultation or not, this decision by the State Government of Western Australia is abhorrent and undermines all of the commitments made by current and previous governments to work towards reparation for the attempted genocide of the Indigenous people following white “settlement.”

Anthony Watson confirmed that an alliance of the West Australian Lands Councils would be meeting in the first week of March to discuss the ramifications of the proposed community closures and how this can be managed. An invitation to this meeting would be extended to the Premier so that all he needs to do it turn up to the schedules meeting and he can engage with the community as he has committed he would do.

We have since found out that the premier has declined to attend this crucial meeting which evidences his commitment to consulting the community on the community closures. When the Alliance offered to change the day of the meeting, it was also declined, as was the offer to send a representative in his stead.

Anthony Watson said the Indigenous community is anxious and all questions posed to the government to date, have gone unanswered. Anthony Watson, and his team, have been liaising with the community and attempting to contact the Government to obtain any information possible without any response which is troubling.

Anthony Watson said that the upcoming meeting will probably be attended with much trepidation from the community as, he says:

"We have not been told which communities are being targeted or why, we haven’t even been provided with a criteria to clarify the basis of decisions being made."

Given the Premier’s declined attendance and that there appears there will be no attendance on behalf of the Government at all, this meeting may raise more questions than answers, which will frustrate the community leaders who are proactively attempting to get to the crux of the issue in order to formulate a management plan.

There was hope given in the form of a suggestion by Terry Redman, regional development minister, that the “Royalties for Regions” fund could be used to support 274 remote communities threatened with closure after the Federal Government announced their plans for closure.

The premier has since quashed this hope by stating that Mr Redman was “misunderstood” and that the funds would be used for more appropriate investments such as power generation or water supply systems to regional (not remote) areas.

He went on to state:

"But we are not, and I stress, we are not simply going to replace the amount of money withdrawn by the Commonwealth."

"We’re saying to the premier: come and sit with us." Kimberley Land Council wants consultation on community closures: http://t.co/ZqfJBgfOdJ

Dispersals and forced assimilation looks a little different in 2015, as it comes under the guise of "funding" limits, but it is the same net result; Indigenous people forced from their homes with no choice but to assimilate into another community. This is, frankly, all we can expect under a government that is simply a group of puppets for multinational corporations that profit from the destruction of communities and desecration of land and the environment.

The funding for these communities would be plentiful if the big corporartions that greedily pillaged for profit paid their fair share of taxation, and if the government didn’t cut funding to so many essential services in aid of excessive tax cuts and breaks to the aforementioned multi-nationals.

The WA State Government and its Federal big brother are not improving our nation and nor are they between a rock and hard place with funding, they are just simply favouring corporations over the individual citizens they purport to represent.

How long will the mining companies wait until after the Indigenous people are forced from their communities before they move in to expand their operations? Probably not long – in fact – they probably have more information on the proposed closures than the affected communities and Indigenous leaders have.

The Kimberley has fewer ppl per sqkm than any other place on earth with a pop. of 35,000 across 423,000 sqkm #amazing pic.twitter.com/rH5CXv1dcy

All interested people are encouraged to attend the meeting being held on 5 March 2015 at Kimberley Land Council. Show your support and rail against continued injustices against the Indigenous people. You can follow Natalie on Twitter @NatalieCromb.

I will be going in #themarchcharge this year and would love your support! Help me support @CancerCouncilOz https://t.co/OKQap9XKlW

Racism remains prevalent and the words I cringe when I hear are "I'm not racist...BUT" #auspol #TimWilson https://t.co/JvX5mrKwHO