George Williams: speech for a republic 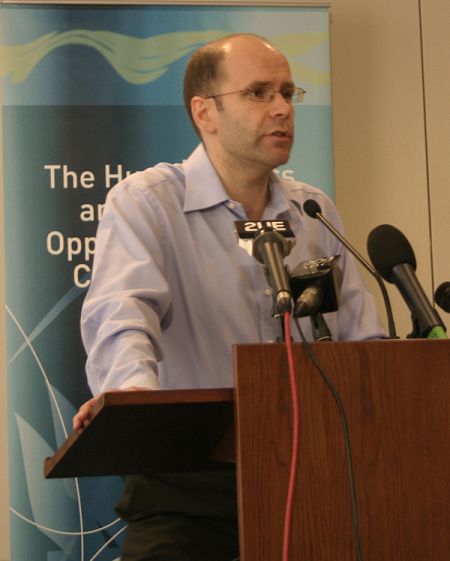 The text of a speech made by Professor George Williams to the ALP Central Branch, Sydney, on 23 November 2009, where he eloquently lays out the case for an Australian republic.

IT'S a pleasure to be here again.

It is time that Australia became a republic. It is long past time that we ceased to be a constitutional monarchy.

I see the republic as the final, necessary assertion of Australian independence. We need to remove the inconsistency that lies at the heart of our system of government between our aspiration to be a free, egalitarian nation and the fact a foreign monarch remains at the apex of that system.

We must change the fact that our head of state is the hereditary monarch of another nation chosen under a 1701 English statute that ranks men over women and rules Catholics ineligible. Sexism and religious discrimination are unacceptable tests for any position in modern Australia, let alone for our highest office.

The debate on an Australian Republic has been running a long time. Indeed, in 1891, George Dibbs, a former Premier of New South Wales described ‘the republic of Australia’ as ‘the inevitable destiny of the people of this great country’.

I will not tonight to rehearse those arguments, let alone provide a rehash of the debates of 1999. After recognising what went wrong in 1999, we must move beyond those debates and develop a fresh approach.

Where are the Australian people are at? UMR Research Republic Research: 1,000 people, 2nd last week of October 2009


This explains why a decade after its defeat at the polls, the prospect of an Australian republic remains very much alive.

In fact the referendum run by John Howard on 6 November 1999 left many Australians dissatisfied.

Things started to go wrong at the 1998 convention on the republic convened by Prime Minister John Howard. Only half of the delegates were elected by the people, with the other half being parliamentarians or appointees of the Government.

This had a major impact. In general, the Government appointees were supportive either of the current monarchical system or of minimal change. They skewed the result toward a more conservative outcome, with the model put at the referendum providing for a president chosen by a two thirds majority of the federal Parliament (ARM model).

This left prominent direct election republicans bitter and disillusioned. Some split from republican ranks to oppose the referendum in league with the monarchists. Together, they gave life to the powerful ‘no’ case argument that Australians should reject a ‘politician’s republic’.

Even if the Convention had been a resounding success, it was always going to be an uphill battle to win a majority ‘yes’ vote at a referendum given the opposition of John Howard.

No referendum has ever succeeded in Australia without bipartisan support, let alone without the support of the Prime Minister. It was for good reason that Malcolm Turnbull, as the then leader of the republican cause, described our monarchist Prime Minister as man ‘who broke a nation’s heart’.

These were not the only problems. Even the parliamentary appointment model put to the people by the Howard Government had basic defects. The most significant was a mechanism by which the president could be dismissed unilaterally and without reason by the Prime Minister. Parliament would have been required to approve the dismissal, but could not overturn the decision, nor reinstate the president.

Process has been invoked 44 times, with only eight (or 18 per cent) of proposals succeeding at the ballot box. Of the 44 attempts to change Australia’s Constitution, 25 were put by a Labor government.

Labor’s record of success is almost non-existent. It is now 62 years since a referendum put to the people by a Labor government was passed. That last success was in 1946 when the Chifley government gained support for amending the Constitution to allow the Commonwealth to pay maternity, unemployment and other benefits. Even that victory did not follow on from any prior successes. It remains the first and only time since Federation in 1901 that Labor succeeded at a referendum.

The last successful vote was put by the Fraser government in 1977, when the Constitution was amended to provide for Senate vacancies to be filled by a person of the same party, allow people in the territories to vote in referendums and set a retirement age of 70 years for High Court judges.

The 31 years since 1977 is the longest Australia has gone without any change to the Constitution.

Mission impossible? No, but we need to be utterly realistic about the barriers to success.

The main reason for the poor referendum record is a conspicuous failure to learn the lessons of the past. What we see are the same mistakes being repeated by Labor again and again.

If you analyse of these failures, success needs to be based on:


If we look to the 1967 referendum, which deleted discriminatory references to Aboriginal people from the Constitution, all of these were present and it achieved a 90% ‘yes’ vote. It demonstrates not only that referendums can be passed but also that they can be passed at a very high level if all of the elements are present.

On the other hand, one or more of these was absent in every one of the failed polls.

I believe that the path to a referendum should be designed with a strategy in mind to achieve each of these things.

Most of these cannot be achieved at the end of the process, eg too late to educate or give sense of popular ownership in the midst of a referendum campaign.

Yet this is usually what happens. It means that the drivers of success are often found at the front end of process, and must be addressed early on if success is to be achieved.

The Rudd government came to office with an election commitment to again put the issue of a republic to the people. This time around things need to be different.

There should be an initial popular vote (a plebiscite) on whether to move to a republic and, if yes, another on what type. Any referendum following these plebiscites should be on the model that people most prefer. Australians should not be asked to vote ‘yes’ or ‘no’ to a proposal that has been imposed upon them and that they regard as second best.

If the opinion polls are right and the debate does not shift peoples’ views, this may result in a referendum on a republic in which our head of state is directly elected. I hold no fears about such a model, provided that it is properly drafted. Ireland, for example, shows how a president with only a symbolic role can be directly, and safely, elected by the people.

The key in Australia would be to ensure that the powers of the new head of state are written down so that the office cannot rival that of the Prime Minister. This has been achieved elsewhere, and this codification of power is desirable whether or not a republic is achieved.

Indeed, the failure of the current Constitution to define the powers of Australia’s monarch and her representative the Governor General represents a major fault line in the system. In the 1975 constitutional crisis, it meant that Governor General Sir John Kerr could use powers that had not been known to exist to sack the Whitlam government.

Australians should then be given the chance to vote ‘yes’ or ‘no’ at a referendum on the type of republic they most prefer.

PrimeMinister Kevin Rudd has consistently said that Australians should look to the second term of his government for progress on the republic. This obviously indicates the need for the first priority to be securing the re-election of that government.

It will also be important to put to bed an argument that a re-elected Rudd government should further delay giving Australians another say.

Malcolm Turnbull, for example, has said that ‘a lot of people quite reasonably will say that the [referendum] vote in 1999 should last at least until there is a change of monarch’.

The next step in our constitutional evolution should not wait for the death of Queen Elizabeth II. While the idea obviously has some appeal, it undermines the case for change.

Putting off the final step in Australia's legal and political independence until our colonial sovereign has died emphasises the existing problem. It also makes the debate one about the Queen and her successor rather than one about Australian aspirations for the future of the nation.

An Australian republic would not mean breaking from any particular monarch, but from the enduring institution of the British Crown. There should be nothing personal about the debate. To proceed otherwise risks disrespect to the Queen and her successor.

For this reason, Australians may not want to mark the death of such an eminent and important world figure with an immediate move to a republic. Such a move could be seen as pre-empting any chance her successor to a ‘fair go’.
REPUBLIC ALP Australian republic benefits of a republic George Williams Polls Referendums speeches