Commonwealth Day was met with complete silence in Australia this year, suggesting we push for a republic and bring on a resident for president, writes history editor Dr Glenn Davies.

IN AUSTRALIA, there were public holidays on 14 March that coincided with 2022 Commonwealth Day, such as Canberra Day in the ACT, Labour Day in Victoria, Adelaide Cup Day in South Australia and Eight Hours Day in Tasmania. Nowhere in any Australian media did there appear any discussion on Commonwealth Day. Crickets. Complete silence!

Commonwealth Day is meant to be a day of observance by approximately one billion people of their common bonds and the contribution of the Commonwealth of Nations to the creation of a harmonious global environment. 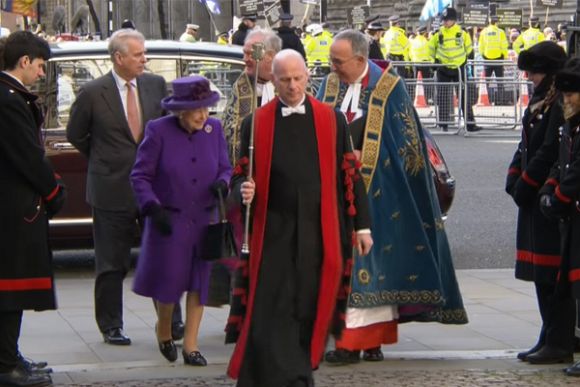 The 2020 Commonwealth Day Service was famously the last official public event for Prince Harry before leaving Britain for North America to take his journey towards his desired financial independence.

Following the death of Queen Victoria on 22 January 1901, there was a call to remember her long reign. Each year on 24 May – Queen Victoria’s birthday – an annual commemoration was held from 1902 to commemorate the formation of the British Empire in India and other colonies of Britain.

Empire Day was directed especially at school children to promote loyalty among the dominion countries of the British Empire. Empire Day (often called Cracker Night), was celebrated by lighting fireworks in back gardens and attending community bonfires.

With the surge for independence from the British Empire in the late 1950s, British Prime Minister Harold MacMillan announced in 1958 that Empire Day would be changed to Commonwealth Day as the annual celebration of the Commonwealth of Nations. The date of Commonwealth Day was changed to 10 June, to match the official birthday of Queen Elizabeth II.

It was again switched in 1977 to the second Monday in March, as no Commonwealth country had a public holiday on that day and almost all countries had school terms.

In 2022, Queen Elizabeth II is going platinum, celebrating the 70th anniversary of her ascension to the British throne. In an effort to save the Commonwealth as an institution identified with British royalty, the working royals are being sent to far-flung parts of the old British Empire to shore up the celebration of Queen Elizabeth II’s Platinum Jubilee.

However, the royal family is having a staff shortage. Harry, Meghan and Andrew are out, Prince Philip has died and the Queen has been forced to take it easy.

First through airport gates were Prince William and his wife Kate, the Duchess of Cambridge, who headed back to the Caribbean on a whirlwind tour to Jamaica, Belize and the Bahamas from 19-26 March to mark the Queen’s Platinum Jubilee. This was five months after Barbados declared itself a republic.

The seven-day tour plunged into controversy on several occasions.

According to reports, during the visit:

'... the couple made significant changes to their itinerary as backlash grew from locals who referenced the tour as a colonialist "slap in the face."'

The three-day visit to Jamaica was marred by Britain’s role in the transatlantic slave trade. The couple’s visit to the country gave the nation the opportunity to address "unresolved" issues. Jamaica’s prime minister, Andrew Holness, told the Duke and Duchess of Cambridge that his country is "moving on", intending to become a republic.

After the decision by Barbados to remove Queen Elizabeth II as head of state, Prime Minister Holness said in December that "there is no question that Jamaica has to become a republic".

In the middle of overwhelming floods and skyrocketing COVID cases, Princess Anne – 17th in line to succeed the British throne – jetted into Sydney on 9 April for a three-day visit to open the Bicentennial Sydney Royal Easter Show.

As well as being a patron of the Royal Agricultural Society of the Commonwealth (RASC), Princess Anne is also president of RASC. She followed the Australian visit with a whirlwind tour of Papua New Guinea.

Also, from 22-28 April, Prince Edward and his wife Sophie (the Earl and Countess of Wessex) were slated to travel to Antigua and Barbuda, Grenada, St Lucia, and St Vincent and the Grenadines.

According to Republic (a campaign in the UK to replace the monarchy with an elected head of state):

'... there are leading politicians in St Lucia and St Vincent and the Grenadines also pushing for republics in the Caribbean. It seems unlikely any Caribbean country will have the British monarch as head of state by the end of this decade.'

The Commonwealth’s greatest challenge is that it is closely associated with the British royal family, who uses the organisation as a way of trying to project itself as part of Britain’s "soft power" in the world. Queen Elizabeth II has been Head of the Commonwealth since she assumed the position in 1953.

It’s time the British royal family disconnects from the Commonwealth of Nations.

The backlash received by Prince William and the Duchess of Cambridge during the Caribbean royal tour in March has led to growing speculation as to whether more of the 15 Commonwealth realms may soon seek to become a republic.

As he was about to board his flight back to Britain after the disastrous tour, it was reported Prince William said that he:

'... understood he may never succeed the Queen and the Prince of Wales as Head of the Commonwealth, as he vowed not to be “telling people what to do” amid growing republican sentiment throughout the former British Empire.'

The example of the transition of Barbados to a parliamentary republic on 30 November 2021 could spark "new Commonwealth dominoes" to fall. Barbados demonstrated clearly that the transition to a republic does not mean leaving the Commonwealth. It didn’t even have to apply to re-join, as its membership just automatically rolled over.

Australia's lack of interest in Commonwealth Day reflects its desire to break from the British royals and become a republic. Perhaps the reason for the aching silence is the utter irrelevancy of the institution of monarchy in the daily lives of Australians — and arguably all other member nations of the Commonwealth.

All this discussion brings up the issue of an absent head of state — bring on a resident for president!