The WA Government is proposing to change the Aboriginal Heritage Act to provide less protection for Aboriginal sacred sites. Melinda Wilson says this is exactly the opposite of what is required.

THE Western Australian Government is planning on changing the the Aboriginal Heritage Act 1972 to provide efficiency’ and ‘certainty’ — but only for the benefit of the mining industry.

The proposed amendments to the act will result in offering even less protection than currently exists to Indigenous sacred sites. Some experts estimate the changes will wipe out more than 90 per cent of cultural sites.

Some of Australia’s Aboriginal Heritage sites date back 80,000 years. The fact that our Government allows these sites to be destroyed is unbelievable — it would be equivalent to bulldozing the pyramids.

The changes to the Aboriginal Heritage Act should be to create further protection, not make it easy for mining companies to destroy sites. Given approximately 80 per cent of mining activities in Australia take place on Aboriginal land — there is little question why the changes are currently being made.

All Australians should be concerned at the obvious conflict of interests of all involved within the mining industry. The WA Government has given this industry easy access to Australia’s minerals, without putting necessary precautions, in place to preserve Aboriginal Heritage.  In fact, they arenow trying to diminish any protection previously provided by the Aboriginal Heritage Act 1972.

Many Australians feel the Government is not acting for the benefit of local residents — or Indigenous Australians.

Rodney Augustine is an Indigenous Australian who is scared to death about Woodside’s proposal for a Gas precinct in the middle of the Goolarabooloo and Lurujarri Heritage Trail at Walmadan, James Price Point.


“I am trying to protect this land for all to enjoy”. “From my own experiences growing up, I felt free, free from everything. People there cared for each other and we were happy. Everyone had respect for the land and culture.

“This Gas hub is going to destroy our sacred sites, fishing and hunting ground, my community, my family, and my being. I’m going to feel like a man with no identity, no land, no law, no culture, and no connection to my dreaming.  I want to keep this place safe. I want to have the freedom to share this with my children and all the children there. I want to share this also with you.

“If they build a Gas Hub at Walmadan, James Price Point, I lose this place, and the rest of Australia does too. The law says we are responsible for looking after country, and this is what we MUST do.”

David Ritter, a native title lawyer, stated in his critique of WA’s proposals:

“If the ‘discussion paper’ had been a genuine discussion paper designed to stimulate honest debate regarding reforms, it would have looked at it more honestly and openly.”

The Yindjibarndi people are fighting Fortescue Metals Group to protect sacred sites, some which include, Aboriginal remains. These are the human remains of their ancestors, and deserve the same respect as any cemetery or grave yard. FMG have tried to force the Yindjibarndi to accept a deal that forces them to give up all rights to their land.  This proves the current Act does nothing to protect Indigenous Heritage in W.A.  The proposed changes will limit protection even further.

We need to ask ourselves the question: do we want our country to be a place that destroys its own heritage? 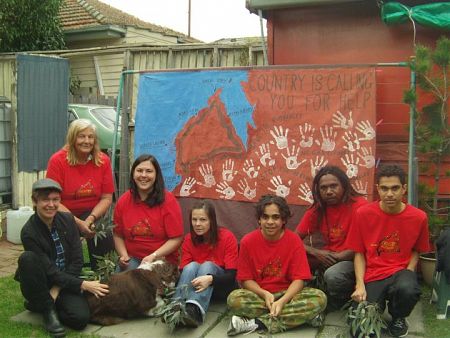