The Anzac Day tradition is powerfully strong in schools all around Australia, says history editor and school history teacher Dr Glenn Davies, who takes us through a typical ceremony.

IN THE PAST few days, there have been school Anzac Day ceremonies held throughout Australia.

In school halls everywhere could be heard renditions of the Last Post and Reveille, school bands playing the New Zealand and Australian national anthems, and the unusual silence of teenagers and children for that one reflective moment.

Surprisingly, Federal Opposition education spokesman Christopher Pyne and his supporters such as Kevin Donnelly from the Education Standards Institute say the current curriculum downplays the impact of Anzac Day and Gallipoli have had on forming an Australian identity.

This is patently ridiculous.

Earlier this week, Christopher Pyne stated that if Tony Abbott wins the 14 September 2013 federal election, he would immediately rewrite the aspects of the national history curriculum that represent a ‘black armband view of Australia’s history’.


“History is what it is. We should know the truth about it and we shouldn’t allow it to colour our present and future."

In schools all around Australia over the past few days there have been school Anzac Day ceremonies and students learn about Anzac Day and Australia’s wartime experiences in Years 3, 6, 9 and 10 in the national history curriculum as well as in modern history at a senior level. Young Australians are not as ignorant as Pyne would have you think and have a healthy knowledge of one of Australia’s most important cultural and historical events: a knowledge largely gained from their school and teachers.

Below is a typical school Anzac Day ceremony:

9.  The Official Party will leave and move out by the side door. Students and guests asked to stand and the remainder of the service will be held outside the hall in the flag area

On behalf of our school, I would like to welcome to our 2013 Anzac Day ceremony the members of our Official Party


Welcome also to all parents, and students.

On this anniversary of the landing of the Australian and New Zealand army corps troops at Gallipoli, we commemorate the event with a sadness as there are no longer with us any men who made that fateful landing on the 25th of April 1915.

But of course it is just not Gallipoli we remember on this day, nor is it even the First World War. This is a day set aside for us to collectively give thanks to all those men and women who have put their lives at risk and in many cases paid the supreme price. We also acknowledge the losses and sacrifices of their families. These men and women did not start the wars in which they were involved, that was the responsibility of the government of the day and our government is the agent of the people of Australia. The sailors, soldiers and airmen and women therefore, were fighting on behalf of all the people of Australia. 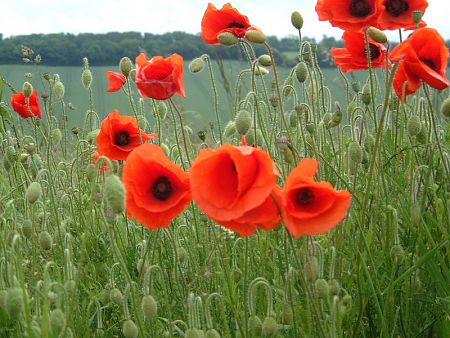 ANZAC day is therefore a day for all Australians, regardless of religion, racial background or even place of birth. It is a day to commemorate the bravery and self-sacrifice of past and present generations. It is a day to acknowledge the selflessness of all those who have been prepared to lay down their lives for Australia so that it can be a place of freedom for all. On this ANZAC day we thank and recognise those who served in the first and second world wars, Korea, Malaya, Vietnam and more recently, Cambodia, Somalia, Rwanda, East Timor, Afghanistan, and Iraq and the Persian Gulf.

ANZAC day is not a day for honouring war, for war is not something to be honoured. War is something which is used as a last resort when diplomacy has failed and it is used by a nation to safeguard its sovereignty. We do however, on ANZAC day, honour the people of Australia who have undertaken warfare to protect that sovereignty, no matter how distasteful it may have been to them personally and in spite of the risk of losing their lives.

To them, on ANZAC day, we say:  'Be proud of what you have done, as we are proud of you.  You have helped create a tradition which our relatively young nation can display with honour in any company. We thank you for all of this'.