Legal cases both here and overseas highlight reasons why our theocratic Government needs to make a clear separation between church and state, writes Max Wallace.

IN A LETTER to The Age, 2 September 1988, George Pell, then Catholic Auxiliary Bishop of Melbourne, said:

But I say that if citizens cannot easily challenge in the courts that a compulsory Protestant prayer in the Australian Senate, as discussed below, is unconstitutional, if that is not simply a statement of fact, that is tantamount to saying the foundations of Australian law are theocratic. The legal cases discussed below provide evidence for this argument.

The Williams, Vescio and Defence of Government Schools cases

In the High Court in Canberra, there is a public display of cases the Court considers pivotal in Australian legal history. A large photo of jazz musician Ron Williams is displayed alongside text describing Williams v The Commonwealth 2012 and 2014. Those cases concerned the constitutionality of religious chaplains in public schools.

The ball started rolling towards Williams on 9 July 2008 when we contacted the now deceased solicitor, Claudius Bilinsky, at his Macquarie Street, Sydney offices. We told him about a conference our Australian and New Zealand secular groups had organised for that day in the Theatrette of the NSW Parliament, just across the street, partly to oppose the Pope’s World Youth Day (WYD) being held in Sydney the following week. WYD attracted some 300,000 “pilgrims” to Sydney.

Mr Bilinsky was the solicitor in the case that one Carmelo Vescio was then bringing in the High Court from 5 to 9 July 2008 in preliminary hearings before three judges to argue that federal funding of WYD was unconstitutional. With Justice Michael Kirby dissenting, it did not get past second base.

Two of the judges who dismissed the Vescio case had received honorary doctorates from the Australian Catholic University. One had been the Chairman of the Independent Compensation Panel of the Catholic Archdiocese in Melbourne.

Vescio, led by barrister Peter King, former member for the federal seat of Wentworth who advanced an interesting secular argument, may have been the first serious attempt to traverse some of the ground that was previously considered in Attorney-General (Vic) (ex Rel Black) v Commonwealth (Defense of Government Schools, 1981 (D.O.G.S.) case.)

In D.O.G.S., the Australian High Court had decided that the first “establishment” clause of s116 of the Federal Constitution could not be characterised as a clause analogous to the First Amendment of the U.S. Republican Constitution that, through decisions of the Supreme Court, had barred the U.S. Federal Government from funding religious schools.

The well-publicised unequal funding division in Australia between public and mostly religious private schools, bordering now on a kind of funding apartheid, can be sourced back to the D.O.G.S. decision.

Also, despite its controversy, or more likely, because of it, the D.O.G.S. case is also curiously absent in the Canberra display of cases the High Court considers pivotal, referred to above.

In 2009 we met Ron Williams, who was livid about his children being proselytised by religious chaplains in his local public school in Toowoomba.

Ron had returned from the U.S. state of Florida. His children had attended primary school there and any form of religious instruction in any state had been banned since McCollum v Board of Education, 1948.

So, in 2009, solicitor Claudius Bilinsky was approached about running a case to argue that federal funding of religious chaplains in public schools was unconstitutional.

Barrister Bret Walker SC and colleague Gerald Ng produced an Opinion that said a case could be won — not on the closed shop nature of the establishment clause of s116, but more on grounds that there was no federal legislation, required under the Constitution, to justify the expenditure for the funding of religious chaplains.

In the High Court display referred to above, the Court says:

‘Following the 2012 Williams case, the Government enacted legislative support for over 400 executive funding schemes whose validity was jeopardised.’ 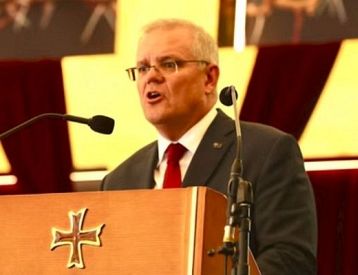 Another important argument Bret Walker made eloquently in Williams was that the federal funding of religious chaplains in public schools contravened the fourth, religious test clause of s116, concerning a test for an office under the Commonwealth.

While winning the case overall, he lost this particular argument 0-7 on the technical point that, to quote the Court again, ‘the chaplains did not hold an “office” under the Commonwealth’.

The funding went to Scripture Union Queensland. They employed the chaplains, not the Commonwealth. Of course, without the federal funding, there would be no paid religious-only chaplains in public schools at all, but for the High Court, this was beside the point. Legal reification trumped reality.

Having lost the case in the High Court, the Federal Government re-routed the funding, as allowed under Section 96 of the Constitution, to the states. They happily recycled it to the various state religious organisations that employ chaplains.

The Government ignored the Court’s finding that chaplains were of no “benefit” to students under the law. So far, over $1 billion has been paid to employ religious-only chaplains across Australia. In 2019, the Australian Capital Territory refused the money on the grounds that it contradicted the secular nature of the Territory’s public schools.

In the Canberra Times on 22 March 2021, Professor Anne Twomey made the point that other forms of government expenditures for political purposes simply ignore the constitution because no one is likely to go to the High Court to challenge it. This would be because of the significant cost in doing so with the attendant risk of facing costs if a case is lost.

‘This is dressed up in government circles as addressing “constitutional risk”. It really means “breaching the Constitution because we are confident we can get away with it”.’ 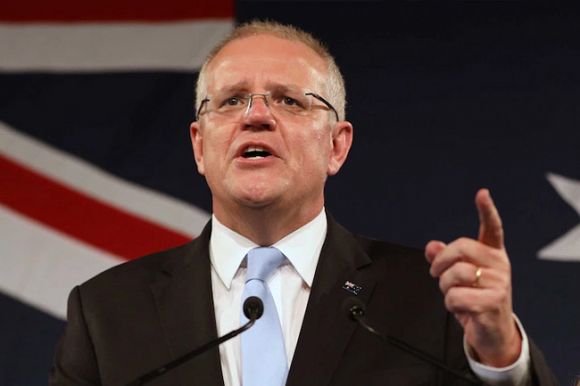 The compulsory prayer in the Australian Senate

In 2017, the Humanist Society of Queensland (HSQ) sought another legal Opinion from barristers Gerald Ng and Bret Walker through Horowitz and Bilinsky on the prospects of HSQ running a High Court case to argue that the Senate’s Standing Order 50 compelling the President of the Senate to say the King James version of The Lord’s Prayer at the start of each session was unconstitutional.

HSQ had received an Advice from now Associate Professor Luke Beck at Monash University, author of the later published Religious Freedom And The Australian Constitution arguing that was so.  It looked like an open and shut case.

The point of taking such a narrowly framed case to the High Court was to have the Court hopefully declare that the prayer was unconstitutional, ipso facto, the Australian Parliament is in principle secular. A win may have also led to the abandonment of prayers in the House of Representatives, put pressure on state parliaments to follow suit and created a point for future cases.

It was not to be. Ng and Walker argued, contrary to the arguments put forward by Luke Beck, that Standing Order 50 of the Senate could not be characterised as “a law” that would be subject to possible consideration by the High Court.

Second, while they agreed that compelling the President of the Senate to say a prayer could be a breach of the religious test principle of s116 of the Constitution, which could deter an atheist or non-Christian from standing for the office of the President as there was no sanction applied to not saying the prayer, it was unlikely a religious test argument could be won.

So, whether by intention or default, it is practically impossible to shake this constitutional monarchist grip on the Australian Senate by law.

By way of a nearby total contrast, there is the 2013 Constitution of the Republic of Fiji drafted by a panel of international experts led by Professor Yash Ghai, now Emeritus Professor of Law at the University of Hong Kong. Fiji scrapped its affiliation to the British Crown after the 1987 coup.

Section 4 of the Constitution declares that the Republic of Fiji is a ‘Secular State’, ‘religion and the state are separate’ and that persons in public office must not ‘prefer or advance’ religion over ‘non-religious belief’.

In 2016, after Cyclone Winston devastated the islands, many religious organisations pleaded with the Government for funds to rebuild their wrecked churches. The Prime Minister, Frank Bainimarama, would not have it. The state is secular. Churches were not government business. Scarce funds would go to repair damaged state infrastructure.

Later, on 3 June 2021, the Fijian Court of Appeal found that if a Seventh Day Adventist college accepted money from the state, it could not insist on appointing a religious principal over the head of the Secretary of the Department of Education who had the authority to confirm that an appointment should be decided by merit, not religious affiliation.

But in Australia, as George Pell said in 1988, confirmed by WYD in 2008, with extra funding for religious schools when requested in 2020 and even federal funding for Catholic priests and other religious people who are not legally “employees” during the COVID-19 economic downturn, there is “free cooperation” between church and state in Australia.

If ever there were reasons for Australia to finally become a secular republic with a clear separation of government and religion as part of its Constitution, which our surveys find have broad public support, they are matters discussed above.

Max Wallace, PhD was the tutor in sociology and also occasionally politics at the Centre for Continuing Education at ANU from 1983 to 2003. He is now secretary of the Secular Association of NSW. You can follow Max on Twitter @Soft_Theocracy.