Shocking Joe Hockey admits the 'budget emergency' was a lie

DO YOU REMEMBER the "budget emergency"? Also sometimes known as the "debt crisis" and "debt and deficit disaster"?

You may have heard Tony Abbott use that last one ten times in a single five minute reply in Parliamentary question time. It has been used relentlessly by the Government – from PM, to Treasurer, to the lowliest backbencher – to justify a Budget of savage spending cuts, largely directed at low-income, disadvantaged Australians.

Well, funny thing about that — turns out the budget emergency doesn't exist.

There never was any budget emergency, obviously. pic.twitter.com/CSuGuMAGn4

Of course, if you had been reading IA – or simply possess average intelligence – you would have known the truth long ago.

However, on the weekend, dim, gormless Federal Treasurer Joe Hockey blurted out the truth to a New Zealand audience. Maybe he thought Australians couldn't understand Kiwi?

So, that means not only did the Government lie about why they needed to bring in their horrific and unfair budget — they have now admitted they lied.

"The Australian economy is not in trouble....

"There's no crisis at all in the Australian economy." 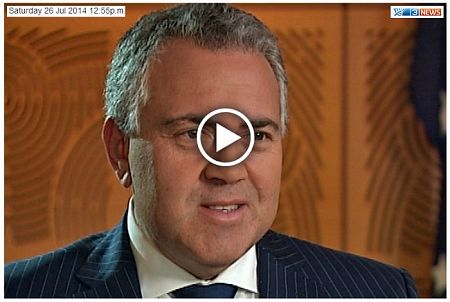 Glad you cleared that up, Joe.

What? You've been watching the news all weekend and this is the first you'd heard about it?

Well, don't feel bad, our national public broadcaster, the ABC – which is receiving severe budget cuts as a result of this fictitious emergency – hasn't reported on Hockey's confession at all, as far as we can tell.  And most other mainstream media – rather than running this happy news on the front page or breathlessly at the top of the bulletin – seem to have relegated coverage to the inside pages or online only stories.

Joe #Jokey Hockey has today shown himself to be a liar and a fool - an unpalatable mix for a Federal Treasurer http://t.co/Km2cMDWJGL

In other words, running dead on one of the biggest stories of the year — one that exposes the Government for the ideological and openly deceitful bunch of hucksters they truly are.

It's almost enough to make you think the mainstream media are working to polish and burnish the Abbott Government's record as much as possible to keep them in the hunt for re-election. That they are not truly trying to hold them to account.

@davrosz Remember this? What a clown he is. http://t.co/udXTaY41Pn

But that couldn't be right, could it? That would indicate our mainstream media are corruptly trying to manipulate public opinion...

Well, not to worry. Back to another press conference by Tony Abbott about the MH17 crash site.

See more cartoons and animation by Matt Bissett-Johnson at mattbj.blogspot.com

Joe,I am worried about young unemployed people without the dole for 6 months. Where will they live? Your budget is not fair. @JoeHockey 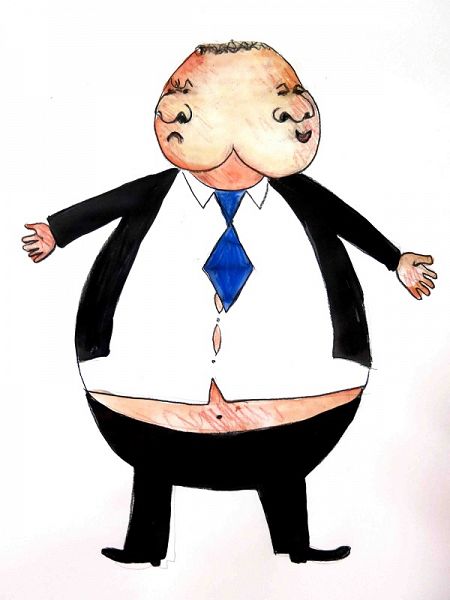 BREAKING: George Brandis says Australian Treasurers have the right to be idiots.