The Queensland Government ramming through anti-bikie legislation today is a dangerous development that could harm us all, says Michael Cope from the QCCL. 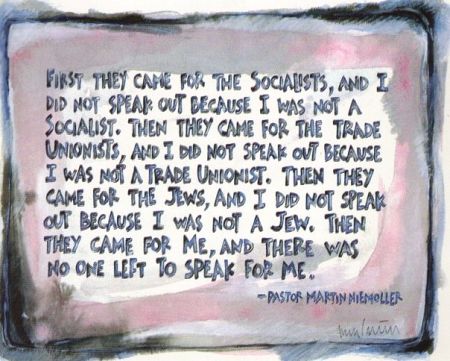 YOU ARE INVITED to a family barbecue in the park.

You head out to the park with all the other members of the family. As you are enjoying your steak and beverage Fred’s friends arrive on their motorcycles and join in the fun. You have a chat with them about the football game last weekend.

Under the new so called “Anti-Bikie" laws you and possibly other members of your family have committed an offence for which you could all be gaoled for a minimum of six months. On top of that, you could be potentially liable to being hauled before the CMC to answer questions about Jarrod and his two mates.

This is what happens when governments pass laws that make people liable not for what they have done but for who they associate with — innocent people get hurt.

These laws make no mention whatsoever of Bikies. They apply to any association.

You are a member of the local bowls or golf club. You get involved in a scuffle trying to throw a misbehaving member out of the club. You are convicted of wounding, which simply requires that the true skin of the other person is broken. Under these laws, you get an extra 15 years added to your gaol sentence.

There is nothing criminal about being in a gang.

The crime is the violence and intimidation which some gang members may engage in. Gang members who commit offences should be arrested, charged, tried and if convicted, punished.

The problem is compounded by the fact that the decision about which organisations are to be declared criminal organisations is made by the parliament or the executive. There is no hearing before an independent tribunal, such as a Judge, where all the evidence is heard and assessed on a rational basis. Consequently the fundamental right to a fair trial before an independent tribunal is also violated by these laws.

Before police are given further powers restricting the liberty of citizens, it must be demonstrated that existing powers are inadequate. That has not occurred.

The persons involved in the incident on the Gold Coast have been arrested and charged. The Criminal Organisation Act, introduced in 2009, which allows a Judge to decide that an organisation should be declared illegal, has not yet been tried. The first hearing under that legislation is to occur later this year. The government has recently introduced unexplained wealth laws that have also not been used.

There are serious question marks as to the likely effectiveness of these laws.

Experts have expressed the view that this type of legislation is based on the notion that these gangs are centrally controlled. The evidence would suggest that the contrary is true and the crime is often carried out by small groups of individuals who respond to these types of laws by going underground. To the extent that this is not the case, the likely consequence is that the moderates will leave the organisations, leaving only the hard heads, determined to commit more crime.

In the QCCL’s view, these laws – like the G20 Bill recently introduced into the Parliament – allegedly for the purpose of making people feel safer will result in many innocent people feeling insecure in going about their lawful daily business.

The Queensland Council for Civil Liberties (QCCL) has always been of the view that the Dangerous Sex Offenders Legislation is entirely misconceived. However, to allow the Attorney-General to send a person to gaol violates the fundamental notion of the separation of powers contained in our constitutional system. This separation of powers is one of the great bulwarks of our liberty and the rule of law.

At least under the current legislation, sex offenders are entitled to a public hearing before an impartial Judge who decides on the evidence whether or not they should be released into the community.

This legislation deprives them of that right and makes their liberty dependent on the whims of a politician who will be controlled by the vagaries of public opinion and prone to political opportunism.

Remember Ricky Ray Rector? Bill Clinton allowed him to die to avoid being seen as soft on crime. Fortunately we expect this law will be found unconstitutional. But it bodes ill for justice in this state that the Attorney-General is so clearly ignorant of basic concepts like the rule of law.

The “Bikie” laws were passed in one day. On the same day, the government announced that it was going to rush through changes to the Workers’ Compensation Scheme which were to be passed by the end of the week.

Four years ago, on the 20th anniversary of his report, Tony Fitzgerald warned that the State was slipping back into past bad habits. One of the very bad habits of the Bjelke-Peterson years was to ram legislation through Parliament ignoring basic democratic norms and accountability. It is clear that the then opposition, now the government, took no notice of that warning.

You can find out more about the QCCL here.