Contrary to the recommendations of experts, the NSW Government last week passed a new law giving police the power to issue a $500 fine for swearing, writes Elyse Methven.

LATE LAST WEEK, the NSW Government passed a package of laws to

One of these laws may have escaped your attention — a $500 fine for using offensive language.

Fines for swearing in public are not a new thing. Since 1 January 2008, police across NSW have had the power to issue on-the-spot fines (criminal infringement notices) amounting to $150 for the use of offensive language in or near, or within hearing from, a public place or school.

Under Premier Barry O’Farrell’s new laws, that fine has more than tripled in value.

It is an unstated assumption that offensive language laws will, almost always, punish a very small selection of swear words. It is for this reason that these crimes are often referred to as ‘swearing laws’ or ‘anti-swearing laws’.

Police officers are often both the victims of, and witnesses to, such crimes. And in NSW, police tend to target the use of the words fuck (and its derivatives), cunt, or a combination of the two.

Of course, these words are not inherently offensive. The meanings attached to swear words are arbitrary, and change throughout time.

Society gives swear words their power — their ability to shock, offend or embarrass, and also takes it away. For example, the taboo attached to the word cunt has shifted dramatically from the thirteenth century, when a street name in London’s red-light district was called Gropecuntlane (pictured right — the name has since been changed to Magpie Lane).

‘Whether this arresting name was a warning or an encouragement is hard to say, but the term was clearly acceptable publicly.’

Offensive language crimes have existed on our statute books since the 1850s, when words such as bugger, bloody and bastard were considered unutterable, particularly in the presence of women and children. Similar crimes, which forbid the use of indecent, obscene, insulting and offensive language in a public place, exist across Australia, with dramatic differences in the penalties attached to these offences.

Thus, the use of ‘indecent’ language can land someone a $250 fine in South Australia, or six months’ imprisonment in Queensland. And police do not dish out offensive language charges frugally (even if they do so selectively). Last year in NSW alone, police recorded more than 4,000 incidents of offensive language.

The law offers little by way of guidance to clarify the meaning of ‘offensive’ language.

‘… such as is calculated to wound the feelings, arouse anger or resentment or disgust in the mind of a reasonable person ….’

Thus, police officers must turn their minds towards whether a hypothetical, ‘reasonable’ Australian would be offended by the language in question. The law does not specify what kind of educational, socio-economic, ethnic, religious or linguistic background this reasonable person has, nor whether they swear liberally, frugally, or recoil at the use of such words. Police officers must also have regard to ‘contemporary community standards’ — a rather elusive legal abstraction in a country that is far from homogenous.

Politicians and shock-jocks tend to place the blame on today’s youth who, according to their rhetoric, liberally swear in public, with little regard for ‘families’ or ‘the community’. But are these politicians and broadcasters not similarly guilty of uttering the occasional (or even the regular) fuck in public?

According to American and English linguistic research, swear words are uttered at a relatively high frequency — a rate of 0.3-0.7% of total words used. This can be benchmarked against the frequency of first personal pronoun use (such as we, us, or our), with these words occurring at a 1.0% rate. As linguist Dr Timothy Jay states, language researchers do not regard personal pronouns to be low-frequency words.

Have any of our members of parliament had the chance to join the hordes of Australians watching Martin Scorsese’s film The Wolf of Wall Street? If so, their ears would have been exposed to 506 fucks, the largest number of fucks recorded for a non-documentary film (by the way, that's 2.81 fucks a minute).

And even those in our highest office aren't immune to the occasional f-word. Who could forget former Prime Minister, Kevin Rudd's leaked rant about losing his “fucking patience” over “fucking Chinese interpreters”?

Minority groups, particularly Aboriginal Australians, the homeless and the mentally-ill, are statistically much more likely to be the subject of offensive language charges. The introduction of on-the-spot fines has continued this trend.

The NSW Ombudsman found that Aboriginal people received 14% of all offensive language fines issued in the period between 1 November 2007 and 31 October 2008, despite the fact that they made up only 2.1% of the NSW population. The Ombudsman also found that Aboriginal recipients were unlikely to challenge the fines in court, perhaps arising out of a deep distrust of the legal system, or an inability to afford legal help. And if a recipient can’t, or won’t pay the fine, such refusal may bring about fine enforcement measures, leading to an unpleasantly cosy relationship with the criminal justice system.

‘Community attitudes towards the use of language, especially swear words, have changed substantially. Some people may find swearing offensive but the issue under consideration is whether it should be a criminal offence’.

The NSW Government has chosen to ignore these recommendations in the name of law and order politics, and the pursuit of an increasingly punitive criminal justice system. 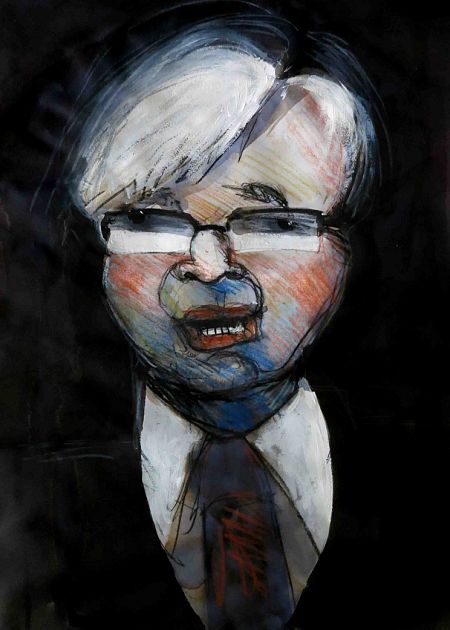