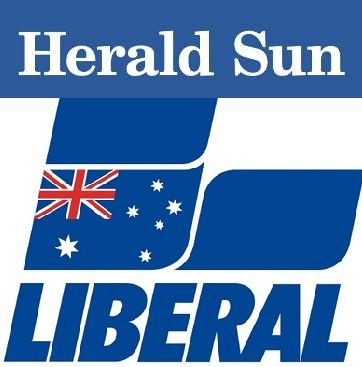 The Liberal Party’s Melbourne newspaper, published under the banner of “Herald Sun”, is already in full flight denigrating the new Speaker of the House of Representatives, Peter Slipper.

In today’s edition, the Herald Sun uses unnamed Coalition MPs to demonise Speaker Slipper as being a drunk, or having been “warned” in the past of reeking of liquor and the not too subtle implication is that he’s northing more than an out of control alcoholic.

‘PETER Slipper was routinely warned over "unreliability" and "continued absences" from Parliament when he was a Liberal backbencher,” thunderedLiberal Party press officer Steve Lewis.

‘Coalition MPs said the newly elected Speaker had also been told to address a drinking problem,’ he continued.

This came from the “news” paper that carries in each edition the biggest oxymoron in Australian publishing — a code of conduct!

Give me a break, please!

Its UK cousin, the News of the World, had to be trashed because of a lack of any code of conduct; and, of course, the current House of Commons Inquiry has come up with some extremely explosive revelations about the behaviour of News International’s two major employees — Rebekah Brooks and Andy Coulson.

During yesterday’s (London time) hearings it was revealed that both people “knew of the phone hackings” although under oath they made strong denials.

Journalist Paul McMullan accused the pair of being “the scum of journalism” for dropping him and his colleagues into it (accusing them of hacking).

Mind you, he then claimed that hacking was “perfectly acceptable” giving the need for finding the truth and the sacrifices reporters made for their careers!

Rather like the sacrifice Andrew Bolt made by denigrating “fair skinned” Aboriginals.

It hasn’t been News Limited’s day.

Professor Wendy Bacon, of Sydney’s Centre for Independent Journalism at the University of Technology is unequivocal in her assessment of News Limited’s coverage of the climate debate.

To summarise, its coverage is biased and does not attempt to tell readers the full story.

“News Limited’s coverage of the Government’s Carbon Price policy has been so negative and one-dimensional that some papers in the stable are misleading the public by doing partisan campaigning rather than balanced reporting.”

She said much of the reporting was quite shallow with many sources being untested or contested.

She claimed the Fossil Fuel lobby and other big business sources opposed to the policy were very strongly represented, often without critique or second source.

And after all this, there are some who don’t want an Inquiry into Australia’s media!