Last week, some neo-Nazis visited a bar in Melbourne and were kicked out by a bartender.

There’s a very good report from The Age on the incident, but mostly what we’ve seen since is a smattering of terrible reporting from mainstream media outlets. There’s also been some online posting among the Australian left, who have been eager to contribute.

The matter has been complicated by the actions of the bar’s owner, defying the good advice they received; it’s made more complex still because of the genuine danger posed to staff by the neo-Nazis in question.

Consequently, the matter has become a shitshow and is all but impossible to discuss frankly in the public arena. But I’m concerned that if we don’t try, we'll leave a vacuum that rash people might feel the need to fill.

It’s undoubtedly been made worse by media outlets like The Herald Sun. Journalist Brianna Travers will not be collecting Walkleys for her article: ‘The Irish Times pub fires workers for spitting in neo-Nazi’s beer’. Her article begins with ‘A neo-Nazi has revealed what allegedly prompted an Irish pub’s bartender to spit in his beer’, making it sound like Brianna bravely gave voice to a neo-Nazi about what the extremist bartender did to him. 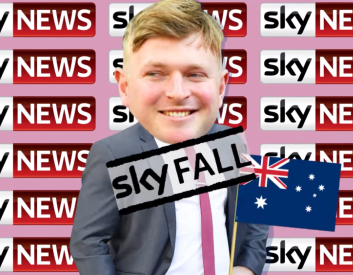 Coverage like hers has given us the dumbest reaction of all: defenders of excellent hygiene. These are people whose single biggest takeaway, from a coordinated neo-Nazi harassment campaign, is that it’s "bad to spit in someone’s beer".

I’ve spoken to someone who witnessed the incident and that someone isn’t the neo-Nazi. Let’s be clear about what happened.

The bartender saw that the patron had a sonnenrad, a black sun tattoo, on their shoulder. They were aware of the neo-Nazi significance of the design, and they enquired about it with the patron. The conversation began to escalate. As the bartender was pouring their beer, the patron called them a ‘f---ot’. That was enough for the bartender: as it should have been. They stopped pouring the beer, spat in it and put it on the bar, and immediately told the patron they needed to leave.

Changes things, doesn’t it? They were actually refusing them service at the same time by telling them to go. The patron wasn’t even allowed to drink that spoiled beer. Perhaps the spit was the bartender’s reaction to being called names; perhaps they didn’t appreciate the abuse.

Regardless, now we know the bartender was never going to subtly feed the patron a spat-in beer.

This is the kind of trouble you get into when you believe bullshit artists. Brianna Travers didn’t know the above story because she didn’t bother to ask. They are liars because they have to be; their political ideology demands that they pretend, all the time. They lie to each other in private, and in public; naturally they do the same to everyone else.

Travers, in her ignorance, has unwittingly aided a neo-Nazi campaign doxxing and harassment campaign against the bartender, by posting their face to a wider audience and by posting the neo-Nazi version of events.

Understanding the real story was complicated by the pub’s owners. They appear to have admitted to the neo-Nazi rendition of the incident, in an absurd Facebook post they published apologising to them. But that apology was written for them by the neo-Nazis, who were also demanding money from the owners.

At the same time, they were running a coordinated campaign involving countless graphic threats against the owners and staff. This influenced the erratic public actions of the owners, who were aware of the clear and present danger. All of those actions were stupid, and unhelpful. They’re actually a large part of why this has become so hard to discuss in the open. 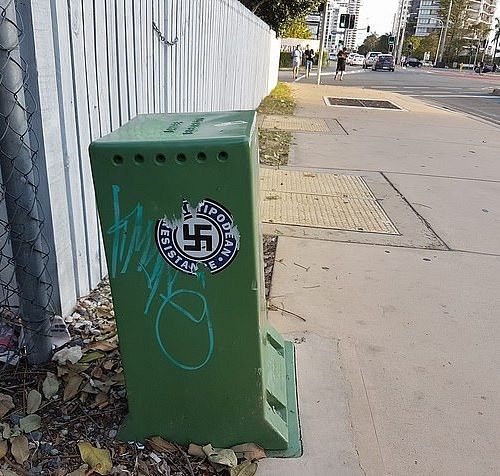 But we aren’t always presented with perfect, clear-cut situations to deal with.

Imperfect problems require imperfect solutions. The workers have solidarity and support. They have offers of work. They are being looked out for.

The number one priority is that of the workers. This situation genuinely threatens staff, owners, their friends and family; if you don’t accept that there is a risk posed to them, perhaps you don’t know enough about this set of neo-Nazis.

Peoples' safety must be prioritised in this situation. Support, spotting, advice, security, and much more should be provided to those affected; all that happened days before most people knew about this situation, despite the fact that it was all being posted on public neo-Nazi Telegram channels.

Rallies, boycotts, threats and other tactics are a vital part of the anti-fascist tool set. But as of today, I feel those things might only complicate this situation further.

Stefan Eracleous was responsible for the alleged extortion of the bar owner. Stefan’s a five-foot-tall, er, hyper-masculinist. He’s also an olive-skinned Greek "white supremacist". He’s a bit contradictory. Getting validation from actually-white neo-Nazis is important to this little Greek tacker. Apparently, he was once rejected from Greek ultranationalist group Golden Dawn for being too embarrassing.

His place in white supremacist circles is sometimes questioned by white Nazis, who point out his Greekness. Too Greek for white Nazis. Too white for Greek Nazis.

Since the publishing of journalist Nick McKenzie’s article in The Age, Stefan’s excitement has dampened. His spam posting has dwindled. He’s been online looking up the definition of extortion, he says. A possible problem here is whether Stefan’s enthusiasm might impact on Neil Erikson. They were all there after Neil’s court hearing that day, after all.

Stefan says Neil was in attendance with them, but after The Age piece, Neil claims he wasn’t there at all. Why? I wonder if this has the potential to impact Neil’s ongoing legal dramas?

All I know is this: the source who witnessed the encounter confirms that Neil was there at the time. He was actually participating in abusing the bartender and defying the refusal of service and order to leave. So Neil’s lying.

The workers should be our main concern. Nobody should have to deal with this shit. Sometimes we, who awkwardly try to help clean up the mess, can’t bang on in public environments about what we’re up to.

The watching eyes of neo-Nazis, and an idiot press desperate to cheerlead for the worst people in the room, make that even harder. But that doesn’t mean we can’t all agree on one thing: the bartender’s a legend. And nobody was ever going to drink a spat-in beer. If these parasites are simply refused from every venue they attend, it’ll never be a surprise for them.