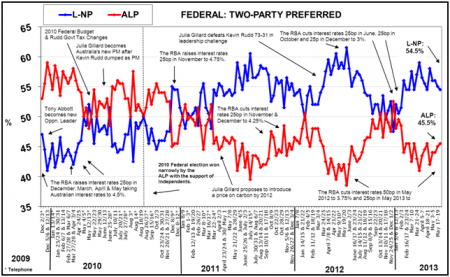 In other good news for the Government, their primary vote rose to 33.5% (up 1.5%), which is the highest Labor primary vote since mid-February.The increase came mainly from support for Independents/Others, which is down 1% to 11.5%. Greens support is also down 0.5% to 9.5%. The L-NP primary vote remained unchanged at 45.5%. 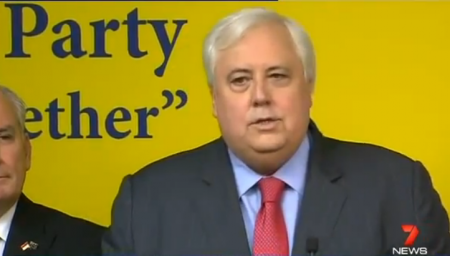 (Note:  This multi-mode Morgan Poll on Federal voting intention was conducted over the last few days via Face-to-Face, Internet and SMS interviewing, May 24-26, 2013 with an Australia-wide cross-section of 3,493 Australian electors aged 18+, of all electors surveyed a low 1% (unchanged) did not name a party.)