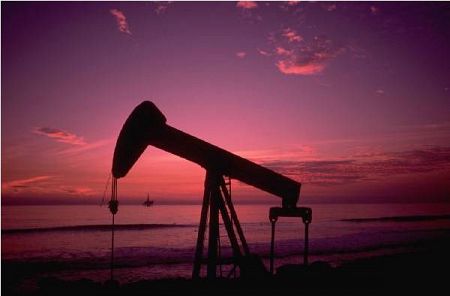 What began as a bright democratic uprising in Bahrain, a part of the famed Arab Spring, has transformed into the movement's tragic sore, where human rights abuses continue every day.

Undeterred by this reality, top oil and natural gas corporate executives have swooped into this tiny Persian Gulf island state to attend a September 25-28 conference, "Shaping the Future: Innovating Beyond Limits."

According to a conference press release, "Over 2,000 oil and gas professionals will converge at the Bahrain International Exhibition and Convention Centre...[for the] 17th Society of Petroleum Engineers Middle East Oil & Gas Show and Conference...."

The sessions opened with a ceremony lead by the prime minister of Bahrain, Prince Khalifa bin Salman Al Khalifa, the longest-serving unelected prime minster in the world.

Organizers convened an executive committee including the likes of Halliburton, ExxonMobil and Shell, among numerous other fossil fuel industry powerhouses.

As many will recall, President Barack Obama was initially silent on the revolutionary developments in Tahrir Square and was caught in a tough predicament. The United States was, after all, a longtime ally of their dictator, Hosni Mubarak, and the Egyptian people were attempting to oust him.

Obama and his State Department eventually saw that the tide of history was on the side of the people filling Tahrir Square, and the president was forced to come out with cautious words in support of the Egyptian peoples' ability to control their own destiny.

The Egyptian Revolution, and the Tunisian Revolution that preceded it, triggered a much larger Arab Spring  that trickled out to many of the region's nation-states, including Yemen, Syria, Libya, Jordan, Iraq and Bahrain, among others.

While none have enjoyed the results of the Egyptian Revolution - the overthrow of Mubarak, - the lethal backlash against Bahrain's uprising has been particularly harsh.

As best documented by the Al Jazeera English special titled, "Bahrain: Shouting in the Dark," the repression could not have happened without the help of Saudi Arabian troops. Saudi Arabia is a close US ally and holder of vast amounts of petroleum. In October 2010, the United States sold over $60 million worth of weaponry to Saudi Arabia.

The Obama administration was silent on the whole affair.


Was the Massive Amount of Oil and Natural Gas in Bahrain the Reason for the Silence?

Aside from the tens of thousands of barrels of oil Bahrain produces each day, it also produces its share of natural gas.

In July, the Kuwait News Agency reported that Bahrain produces an average of approximately 1.3 million cubic feet of gas per day. That same article revealed that the Bahraini "government [had] recently signed a seven-year agreement with the US-based Occidental Petroleum Corporation for exploring gas in Bahrain, adding that drilling operations will begin soon." The Occidental web site states that it hopes to produce 1.6 billion cubic feet of gas per day by 2014.

The well-documented human rights abuses have not abated in Bahrain, but that hasn't stopped the largest oil and natural gas corporations in the world from swooping into the country - nor has it stopped the US military from selling weapons to its government. Most recently, on September 14, the US Department of Defense (DoD) proposed a sale of $53 million worth of weapons to Bahrain.

The timing of the weapons sale, coming shortly before the oil and gas conference, is most likely not coincidental.

Indeed, people following the issue, such as history professors Michael Klare of Hampshire College and Alfred McCoy of the University of Wisconsin-Madison would argue that human rights abuses are a necessity to keep the oil and gas  and the money that comes with procuring it - flowing out of Bahrain and into the hands of powerful global oil and natural gas conglomerates, many of which maintain corporate headquarters in the United States.

As political theorist Samuel Huntington said, democracy is, by its very nature, unstable, and, therefore, tough to control. It is in this context that top-level executives from Chevron, ExxonMobil, Halliburton, Occidental Petroleum Corporation, Schlumberger, Shell and others flock to Bahrain to figure out how they can profit off the island's vast oil and natural gas resources at the expense of the human rights of the people of Bahrain.

(This story was originally published in Truthout on Saturday 1 October 2011 and has been republished under a Creative Commons licence.)