Twelve months ago on Monday – a day after Independent Australia celebrated its first anniversary – we broke an astonishing story about the paltry pensions and death benefits of our Defence Forces personnel.

The story was to unleash an unprecedented and moving sequence of events and a media campaign that broke through the membrane of silence in both mainstream and online media and has resulted in a record series of comments.

Contributing editor-at-large, Tess Lawrence, was, in fact, quite ill and bed-ridden when certain leaked documents came her way. She was astounded at what she read and could not believe the hypocrisy of successive governments who, whilst suckling off the imagined or otherwise image of our ' Diggers' by association, in reality treated them with utter contempt. 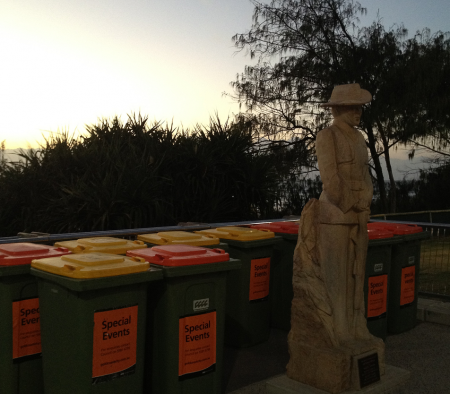 YOU MAY RECALL that on 2 May last year, the House of Representatives unanimously recognised the unique nature of Military Service and unanimously accepted the inadequacy of the Consumer Price Index (CPI) when indexing the Military Superannuation “pension”.  Unfortunately this was only a “motion” and not a Bill. Therefore it was not debated, nor was there a formal vote.  Nevertheless it raised the expectations of the DFRB/DFRDB/MSBS recipients that one of their conditions of service (that their superannuation would continue to be indexed so as to maintain parity with the cost of living increases) would be restored.

This expectation had already been fuelled by promises made by the Labor Party prior to the 2007 election and by the exhortations of Labor politicians, especially Senator Kate Lundy, Dr Mike Kelly MP, Ms Annette Ellis MP, and Mr Bob McMullan MP (the Gang of Four) in their letter of 14 September 2009.

So when the Senate rejected the Defence Force Retirement and Death Benefits Amendment (Fair Indexation) Bill 2010 on 16 June 2011, the entire Defence community experienced a justified sense of betrayal by the Government. This was exacerbated by the fact that, despite all her previous posturing of unqualified support, Senator Lundy voted along party lines to defeat this Bill. To rub salt into our wounds, the Greens and Senator Xenophon also voted against the Bill.

I wrote to the Prime Minister, and other politicians, on 22 June 2011, to express my complete dismay with the Senate’s decision (where the votes were: 31 for and 31 against) and to express our sense of rejection and betrayal.  I mentioned the fact that even the flawed Matthews’ Review, that had been commissioned by the Labor Government had accepted that the CPI was no longer maintaining the purchasing power of our ever-decreasing our military superannuation payments.  This review stated, inter alia:


“The simple answer to this question is that there is no better method of indexation available.”

It is clear, however, that acknowledges that a “better” method is warranted.

On 25 June 2011 Tess Lawrence of Independent Australia launched her first article, “DIGGERS VERSUS THE GILLARD GOVERNMENT” and our Fight for a Fair go really gained some traction. In saying this, I do not denigrate the sterling work which had already been done by the Australian Defence Service Organisations (ADSO) and the Defence Force Welfare Association.

In fact, the ADSO has taken the lead in our campaign and Ted Chitham, Ray Gibson, Peter Criss, Win Fowles, Bert Hoebee and others have done a magnificent job on our behalf. I would encourage you all to log on to the ADSO website and to register, to become a volunteer, or to make a donation.  We need all the help we can get.

Also, please keep contributing to Independent Australia website as that, now, has a complete written history of what we have achieved and it’s a great medium to stay in touch with others and to express your views.

So what have we achieved in the last 12 months, noting that 16 June 2011 was the real catalyst for our campaign?

We have definitely made the current Government, and all politicians of all political persuasions, aware of our existence.

So what now? What do we do now?

Well, it’s clear to me that the current ALP/Greens/Independents Government will not change our indexation — unless they do this just prior to the next election just in a last attempt to save those in marginal seats.

It is also clear to me that there will not be an early election as no one in the ALP Government will want to kick the current Prime Minister out before then, only to become a sacrificial lamb at the next election when, if things do not change dramatically and quickly, the ALP will be thrown out of office by a tsunami of dissatisfied voters.

While we should continue to present our fight to every politician on every occasion, including the writing of letters, faxes, emails, radio and TV interviews, we must be prepared to stay in the fight until the next election. We must not become disheartened by the apparent lack of success. Believe me when I say that we have come a long way in the last 12 months.

We must not run out of steam. We must plan our major activities so that they gradually increase as we get closer to the election. Sure, I know that there is a danger in that the Government could call an election at any time and allow only a very short time for the election campaign. We must be prepared for this and have pre-planned activities that can be implemented at short notice.

All that aside, and while acknowledging the success of our letter-writing, etc, I believe it is time that we commenced to take some more aggressive actions. These must be lawful, well-planned and co-ordinated so that they occur right around Australia, on the same day at the same time (different in each State to ensure that, in fact, they occur concurrently). I believe we need to commence a campaign of public protests, ASAP, but leading up to and even on Vietnam Veterans’ Day and on Remembrance Day.

These protests do not have to involve large numbers but, of course, the more involved the better.

Five or more superannuants, displaying professionally made signs, with clear simple wording, would suffice, especially if supported by their families, who actually hold the signs.

Members would be encouraged to wear medals and assemble outside of the office of their local politician at the same time.

There would have to be an appointed, articulate, speaker who would address the key issues from a prepared script.

The group spokesperson would have to notify the local radio stations, the local newspaper(s), the local TV stations and the Police.

As we get closer to the election, the size of these protests should increase, but we MUST NOT conduct too many otherwise they will lose their impact.

We must have names of members who will definitely participate in such protests as well as the name of a spokesperson.

The most important action we need to take is to keep active, to keep engaged in the Fight for a Fair Go, to keep communicating with each other and to spread the word to our mates and our neighbours, especially our civilian friends. When I raise these matters with my civilian friends, they are gobsmacked at the way we have been treated. 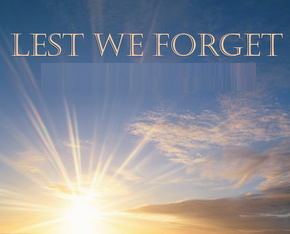 Do you realise that all military superannuants remain slaves to the Australian Government until we die?  We can never rollover our superannuation to another fund of our own choosing, unlike most other Australians! When we die, our spouses only receive 62.5% of our fortnightly payments.  When a civilian superannuant dies, all 100% of his remaining super goes to his surviving spouse or to those nominated in his/her will.  They can then withdraw that money and use it as they please.

WE REMAIN FINANCIAL SLAVES TO THE GOVERNMENT UNTIL WE DIE.

So much to the strident call of our Federal Treasurer, My Wayne Swan, MP, for everyone to be given “A FAIR GO”!

Remember all we are fighting for is to have a condition of service restored. We are not asking for anything new. This is our entitlement: to have our superannuation indexed so that it maintains parity with the actual cost of living increases. To achieve this, we are asking that our superannuation be indexed at exactly the same percentage increase as awarded to our Nation’s Old Aged Pensioners.

The Government has a moral obligation to restore this obligation and the matter of costings is irrelevant.

Stay the fight because we will win this fight and we must include all Defence superannuants and our disabled mates.