Given the Australian Government has eroded the right to disobey non-violently, climate activists need to consider other clever ways to escalate their campaigns, writes Tom Tanuki.

WHEN ACTIVIST Deanna "Violet" Coco was sentenced last week to 15 months in prison for non-violent protest action, the judge described her actions as letting an “entire city suffer”.

Here, another overpaid moron perpetuates the uniquely pig-ignorant political brainworm that dictates the worst "suffering" that can happen in 2022 is to have some cars blocked by a greenie for a bit.

Terrorism is really slipping these days. As catastrophic fires and floods loom, Australians howl and carry on about blocked roads, just as they’re taught to by their betters.

Coco’s bail application pending appeal was refused, even though she complied with bail requirements throughout her trial. No rational person thinks any of this is sensible. Coco’s treatment has been decried by Human Rights Watch and the United Nations. 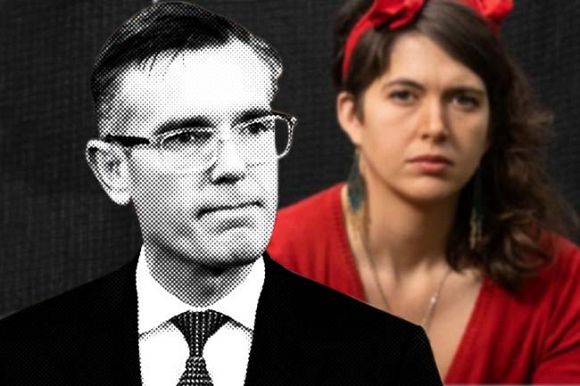 Climate protesters such as Deanna Coco are receiving harsh punishment from lawmakers who are out of touch with real global threats.

And yet, when violent white supremacist Des Liddington was charged after he allegedly stalked and threatened Sydney activist Paddy Gibson at his home in 2021, Gibson recalled that the neo-Nazi was bailed immediately. The magistrate couldn’t discern a political motivation for a neo-Nazi stalking a Left-wing activist. So, either all NSW judges are simple, or, in this contrast, we can discern the politics that NSW finds acceptable and the politics it genuinely fears.

The Saturday Paper piece by Mike Seccombe, ‘The end of direct action’, considers the death of democratic tolerance for civil disobedience in Australia. What has happened to Coco is the end product of several years of legislating against action like hers.

Most Australian states have made non-violent environmentalist action a highly punishable crime. Anti-protest bills introduced across Tasmania, Victoria, NSW and elsewhere mean that activists can be gaoled for lengthy terms merely for locking on to machinery or trees or for undertaking action in high-traffic public spaces.

And yet, for all that, it isn’t the end of direct action at all. It only threatens the end of safe, palatable public protest action. Many others options are left for activists to consider. They just aren’t as marketable.

In 2018 and 2019, Extinction Rebellion (XR) and other groups led coordinated, global waves of civil disobedience agitating for climate action. Roads and lines of public transport were blocked. Groups turned out artistic stunts to capture media attention. Greta raged. Students rallied en masse. The movement caused "suffering" for many a commuter journey, but it also held fast to a commitment by the mainstream climate movement — a boundary it has still yet to really cross: not systematically breaking stuff.

Responses to this wave consisted largely of hand-wringing from liberal and activist media about the merit and efficacy of "art and inconvenience as activism". (Myself included — some of the XR stunts were painful and I whinged a lot at the time.)

Was it wrong to block traffic? Was it just inconveniencing workers? Were the stakes high enough that anything goes? There was also the predictable chorus of hysteria from conservative outlets. Many people seemed to reach a tentative consensus after angry British workers tore XR activists off the top of a train in London in 2019: whatever you do, don’t interrupt the commute home.

Then the pandemic happened. Many of the draconian anti-protest laws now in place in Australia were introduced over that time — the NSW laws that Coco fell foul of or Dan Andrews’ own anti-environmentalism laws. (The war against civil disobedience is bipartisan.) 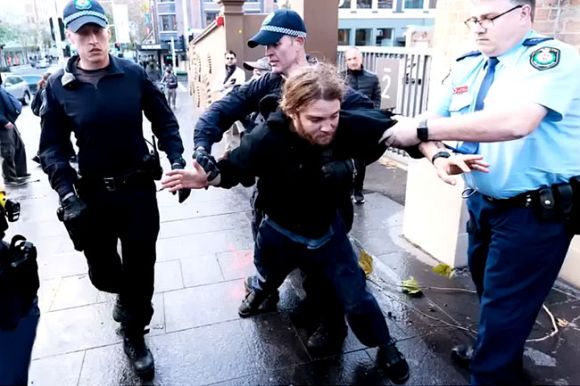 Physical organisation for the climate movement entered into stasis during a time when crowds couldn’t gather; when activists began organising again, they were at the mercy of a significantly bolstered state apparatus. Blockade Australia and Fireproof Australia learned the hard way. Coco learned.

Coco is in prison because she attended a Fireproof Australia action in April, blocking a Sydney highway for 25 minutes and holding up a flare to agitate for urgent climate action.  She showed courage and compassion. She did the right thing.

“If protesters want to put our way of life at risk, then they should have the book thrown at them.”

Driving to work is our way of life now. I see.

I like to think about how when the climate fires become our way of life they might burn Dominic Perrottet’s body a little hotter than mine. That would be nice. When I’m not thinking impotent stuff like that, I’m reading. Recently I have been reading Andreas Malm’s urgent manifesto on climate action, How to Blow Up a Pipeline.

Malm offers up the perfect time to engage in the kind of peaceful climate protest actions that are now being illegalised by the Australian Government — 27 years ago.

In 1995, at COP1 when UN climate summits began, so did the climate actions. But since that time, CO2 emissions have grown by 60 per cent. And so the book argues that it is now well past time to take much more drastic action.

Australia once held what is regularly cited among environmentalists as the world’s first eco-blockade: the defence of Terania Creek’s rainforest in northern NSW against planned logging.

I suspect there are many earlier instances where Indigenous people were forced to do the same which simply went unrecorded by colonisers, but nonetheless, Terania is held as the first time activists gathered to physically defend a natural resource. That’s something to be proud of.

Activists there adopted the tactic of tree spiking — driving nails into undisclosed trees and then informing loggers that the trees were the threat. This threat of physical force helped save the forest and yet nobody was actually hurt.

Spiking is a contentious tactic — it’s killed loggers before when warnings were not deployed or heeded. It is seen as a tactic of violence in environmentalism. Nevertheless, it serves as one local example demonstrating that creativity in activism isn’t confined to the next showy media stunt you plan. 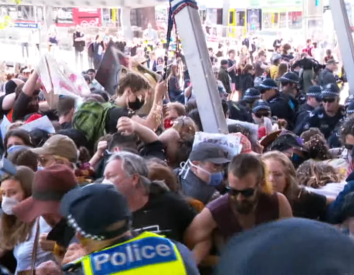 The use of force or the threat of violence does not have to mean hurting humans. It can involve ingenuity. Malm’s book considers other ways to cleverly utilise damage and destruction for political ends. It's worth a read.

Since 2016, I have been part of protest movements which are lectured to by people who sit on their arses and do nothing.

Back then it was anti-fascist action during the era of the patriot movement.“You’re making it worse for the rest of us,” they’d say after seeing people defending an area from neo-Nazis.“The police will become more violent and take more of our liberties away if you keep doing that.”

What "that" was would change over the years. At one time, it was hitting a Nazi once; later, it became simply blocking a road. Apparently, anything you do appears to make police buy bigger guns and take more rights away. (I contend the armed wing of the state exists to encroach on your liberties.)

It occurs to me that the current situation is the opposite of what the fence-sitters always said. It’s not that activists have forced the establishment to escalate — it is the establishment who have backed principled environmentalists into a corner.

We’re trained not to say it, but one obvious answer as to what the climate movement should do now that the Australian Government has eroded the right to non-violently disobey, is to escalate. It should consider ways of escalating that are clever and clandestine, which save activist bodies from burnout and police brutality and imprisonment like Coco’s. If even non-violence is treated with such shock and awe, if even non-violence is being rendered so utterly impossible, it is time to think beyond it.