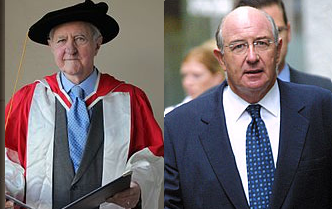 Both Coleman and Kennedy have been reported as being associates of Tony Abbott’s in his ironically named anti-One Nation “Australians for Honest Politics Trust” (AFHP Trust).

Abbott procured anonymous donors for the Trust to fund litigation against the One Nation party, which eventually saw Ettridge and co-founder Pauline Hanson gaoled in 2003 — before their wrongful convictions were overturned later that year.

"As donors to the Australians for Honest Politics Trust, Mr Abbott has admitted that they assisted him by providing financial support for the actions undertaken by Mr Abbott in 1998 when he used those funds to finance malicious litigation against the One Nation Party in Queensland," said Mr Ettridge.

Tony Abbott was served with his own papers last weekend, with the initial court hearing being set down for May 9.

In a statement issued to Independent Australia, Mr Ettridge described the reasons both men have been served.

“Peter Coleman has been identified as a former Liberal Party president and MP,” said Mr Ettridge.

“He is also declared to be the person who wrote the cheques from the Australians for Honest Politics Trust,” he said.

“Trevor Kennedy is a former associate of Kerry Packer, the late Rene Rivkin and Graham Richardson, and identified as a donor to the AFHP Trust.”

"Mr Abbott and his colleagues are a group of very prominent and influential people, whom I allege have been complicit in a number of actions that are being placed before the Qld Supreme Court."