There are legitimate questions to be asked surrounding the motivation of Avi Yemini in bringing a defamation case against PrGuy17, writes Tom Tanuki.

AFTER the Federal Court gave Twitter 14 days to disclose the details of slavishly pro-Labor Twitter user “PRGuy17” to Avi Yemini, there has been much discussion about the ramifications for online privacy and free speech.

It's concerning that mainstream dialogue on the matter is missing what Rebel News Australia actually engages in this kind of legal theatre for. If people understood Rebel News’ revenue-raising model better, we’d be having a better discussion about how to limit their influence.

What’s happening now is in preparation for potential defamation proceedings. Australia is seen as a defamation paradise. Yemini himself pointed out that precedent exists for the kind of disclosure that Twitter has now been compelled to make regarding PRGuy17’s identity. He has a point and we should all be aware by now that defamation is an over-explored avenue for addressing criticism in Australia.

Of late, we’ve seen high-profile proceedings launched by ministers against Twitter personalities, and by Deputy Premiers against YouTubers. In the latter example, Friendlyjordies’ (that is, Jordan Shanks) legal defence fundraiser was wildly popular and netted over $1,000,000 because Australians didn’t want to see powerful politicians silence layperson critique.

But then Jordan Shanks settled out of court with Barilaro. He paid only $100,000 of that out in court costs. 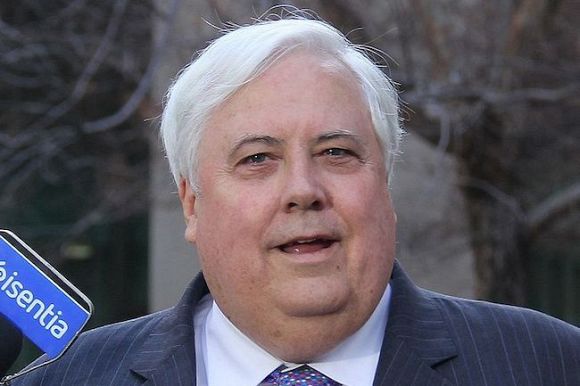 Imagine if Friendlyjordies called for "urgent" crowdfunding every week. From a huge international audience. For a wide array of legal actions that his team were invariably threatening to launch themselves. That, in a nutshell, is what Yemini and Rebel News do.

Every new video of his is attached to a call to donate to a new "cause". Once he stood in a puddle and tried to fundraise for the 2022 floods – not for victims, of course – but for his transport fees to fly over to the puddle. He once asked for money for a security staffer already on his payroll. The examples are endless.

Perhaps most flagrantly, he once asked for legal defence donations while in the back of a Victoria Police divvy van, but he knew he hadn’t been charged with anything. In fact he was just being escorted away from a rally with a warning.

His biggest anti-lockdown fundraiser was the "fight the fines" campaign, purporting to offer legal assistance to people who received a fine for breaching pandemic restrictions. A few months in it had raised at least $100,000, but it likely exceeded that amount. We’ll never know: Rebel doesn’t disclose how much crowdfunding monies it receives.

We don’t know how many legal actions were actually pursued by Rebel lawyers. Can’t people just contest a fine by writing a dispute, which is free? Didn’t many of these fines get wiped, meaning there was nothing to fight?

We might assume that some of these threatened legal actions are a bit suss. The point I’m making now is that legal action is not the point. It seems the goal is to stimulate an enthusiastic fundraising response.

If the funds accumulated for frivolous legal action exceed the costs of undertaking that action, who cares what the outcome is? It doesn’t matter if every legal challenge is thrown out. It doesn’t even matter if they ditch the people they’re fundraising for, leaving them stranded without legal representation. The money appears to be the goal.

It’s likely that Avi Yemini is not trying to unmask PRGuy17 so he can sue for defamation. The "unmasking" is enough. It could be that he’s doing this because "exposing" another popular hyper-partisan figure gives him lots of press, and that’s entertaining, and that raises more money.

I think this is intuitively clear to many of us, but it needs to be said out loud.

Using the legal system as a platform to stage legal stunts which make money for an offshore media business is, to say the least, a wild misuse of said system.

'I am not aware of a single Canadian who has filed more lawsuits against journalists, news organizations and critics than Ezra Levant.'

Levant sues anything that moves and asks for fundraising assistance while doing so.

Like Australia, Canada was also known as an excellent place to file defamation proceedings. But in 2015 they introduced "anti-SLAPP" legislation. SLAPP stands for "strategic lawsuits against public participation". Anti-SLAPP laws are meant to stop corporations or political parties from smothering public critique with stifling lawsuits.

However, they also fit the bill for what Levant does. So far the laws have stopped at least two Rebel News lawsuits. 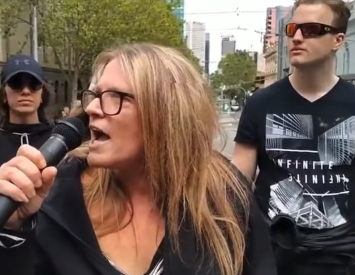 Australia’s protections from frivolous defamation actions aren’t as muscular as Canadian anti-SLAPP laws. You can technically be declared as a vexatious litigant here but that’s only for a rarefied group. However, as of July 2021, there is a new "serious harm threshold" requirement in most Australian states, wherein a plaintiff must demonstrate that someone 'has caused, or is likely to cause, serious harm' before they can be sued.

The "serious harm threshold" for defamation could stifle Rebel action. Can they really demonstrate their reputation is damaged by hyper-partisan insults if their entire brand revolves around precisely that? More importantly, it might require that they show a decline in their finances to demonstrate serious harm.

I doubt Rebel News Australia will ever want to show an Australian court how much they receive in donations.

But the PRGuy17 discovery process shows they can still dance around defamation proceedings for press.  The "fight the fines" campaign showed they might not even need to launch legal action at all.

Earlier, I mentioned Yemini’s request for legal defence funds after the Invasion Day 2021 rally. He’s sitting in a divvy van, plugging a “free Avi!” fundraiser. But he was always free, only being driven away from the protest with a warning, and he knew it.

A Twitter user discovered that Rebel News’ fundraiser page for "freeing Avi" was timestamped before the rally. It proves they were preparing to ask for money for legal defence before Avi even left home. Avi knew he hadn’t been charged, but pulled the trigger with the prepared request for "legal defence" fundraising anyway.

What is Victoria Police doing regarding investigating these dubious or outright false pretexts for crowdfunding begs, as opposed to periodically escorting Yemini away from rallies and giving him a hundred new excuses to fundraise?

This is the kind of scrutiny that Avi Yemini and Rebel News Australia are strangely overdue to receive.

I want to hone the discussion on what Rebel does in order to focus peoples’ energies in the right direction. I hope these spongers will come to shine a light on the cracks in our laws that they crawl around in.