The Uniting Church – like the Anglican Church – has been using its taxpayer-funded aged care arm to pay out millions of dollars to its victims of child sexual abuse.

Despite the seriousness of the matters, neither the Federal Government nor ALP will say whether they will ban the practice of taxpayer aged care funds being used to pay off church child rape liabilities.

There were a 'large number of payments' from UnitingCare Queensland to the Uniting Church, 'including $3 million in 2021 and $2.3 million in 2020 for "Redress and sensitive matters contribution", or $5.3 million over the two years', the CICTAR report says.

'There is a disturbing lack of transparency in the financial flows between this heavily government subsidised non-profit and the church entities which control it.

There appears to be no restriction on using federal aged care funding, or other public funds, to reach settlements with victims of child sexual abuse within the Uniting Church in Australia.'

The Klaxon has established that UnitingCare Queensland also paid the Uniting Church a “redress contribution” in 2018-19 – totalling $2.305m – taking those child rape payments to the church to $7.6m over just three years.

Anglicare Sydney, run by the Anglican Church Sydney Diocese, is also one of the nation’s biggest operators, with 23 aged care homes and 22 retirement villages in and around Sydney.

As revealed Sunday, the Anglican Church has saddled Anglicare Sydney with $39.25m of its child rape liabilities.

The church’s liabilities include payments to former residents of its Boy Charlton Homes in Sydney, where hundreds of young boys were seriously abused over many decades, with some dying from the injuries inflicted.

The main source of funds to both UnitingCare Queensland and Anglicare Sydney – both so-called “not-for-profits” – is hundreds of millions of taxpayer funds they are given each year, supposedly for providing aged care.

The Uniting Church Queensland and UnitingCare Queensland refused to respond to requests for comment put to them by The Klaxon over the past two days.

The Chair of UnitingCare Queensland – who is responsible for where the group spends its money and for signing off on its annual accounts – is Chartered Accountant Nigel Alexander.

The Uniting Church is comprised of “Synods” in different states and territories, many of which operate taxpayer-funded “UnitingCare” arms which provide aged care and “community services”.

The $7.6m payments over the past three years were from taxpayer-funded UnitingCare Queensland to the “Uniting Church in Australia — Queensland Synod”. 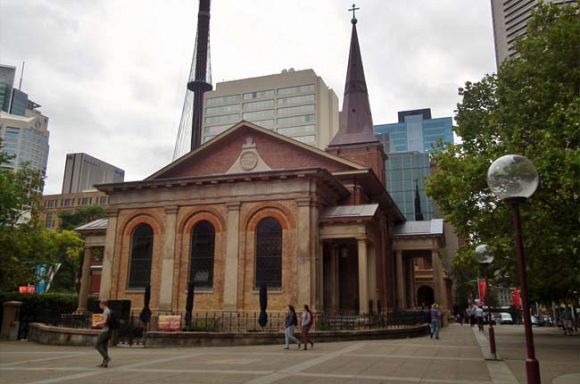 The child rape payments by both UnitingCare Queensland and Anglicare Sydney are under the Federal Government’s National Redress Scheme, implemented in response to the Royal Commission into Institutional Responses to Child Sexual Abuse.

'While public perceptions of the aged care sector have shifted and the Royal Commission further exposed structural problems, there has been no substantive increase of accountability on public funds, only an insufficient and often misdirected increase in funding.'

'The Government has failed the sector, residents and workers, and largely ignored the majority of recommendations of the Royal Commission (into Aged Care Quality and Safety).'

Despite paying out $7.25m in church child abuse liabilities – and absorbing associated liabilities totalling $39.25m – Anglicare Sydney has publicly claimed to be in a “dire” financial situation, blaming a shortage of government funding.

The Anglican Church Sydney Diocese is the biggest, one of the richest, and considered the most “conservative” of Australia’s 23 Anglican dioceses, spending $1m on the unsuccessful “No” campaign against same-sex marriage.

The Anglican Church and Anglicare Sydney have also repeatedly refused to respond toThe Klaxon, which has beenputting detailed questions to them since December.

The ongoing refusal to comment by the Anglican and Uniting churches is despite both the Federal Government and ALP Opposition on Wednesday calling out the Anglican Church in response to The Klaxon’s expose.

"Given Anglicare’s recent appeal for more funding, I would expect every single dollar it receives for aged care to go to aged care." 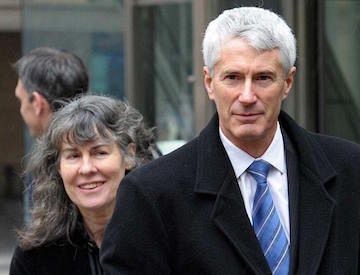 Anthony Foster: A colossus between sex abuse victims and the church

A farewell to the unwavering advocate for Catholic Church victims of child sex abuse, Anthony Foster.

“This is just another example of the lack of transparency and accountability in the aged care sector.”

In his budget reply speech, Albanese said if elected the ALP would spend $2.5 billion extra on aged care, including increasing staff wages and forcing operators to have at least one registered nurse on site 24 hours a day.

“[Australians have been] chilled by stories of unforgivable neglect – maggots in wounds, people going days without fresh air, a shower, or a change of clothes, stories of residents lying on the floor, crying out in pain, and nobody is there to help them."

“It goes against everything we are as Australians,” he said. “And while our loved ones suffer, and their carers, mostly women, are underpaid and overworked [and] some of the operators running these places are doing very well.”

By mid-2020 the assets of Anglicare Sydney (a private, non-government entity) had swollen to over $2 billion on the back of taxpayer aged care payments.

Albanese said the Federal Coalition’s response to the Royal Commission into aged care did not go far enough.

Despite those claims, and with an election expected to be called any day, neither the Government nor the ALP would comment when asked by The Klaxon whether they will prevent the practice of churches using taxpayer aged care funds to pay church child rape liabilities.