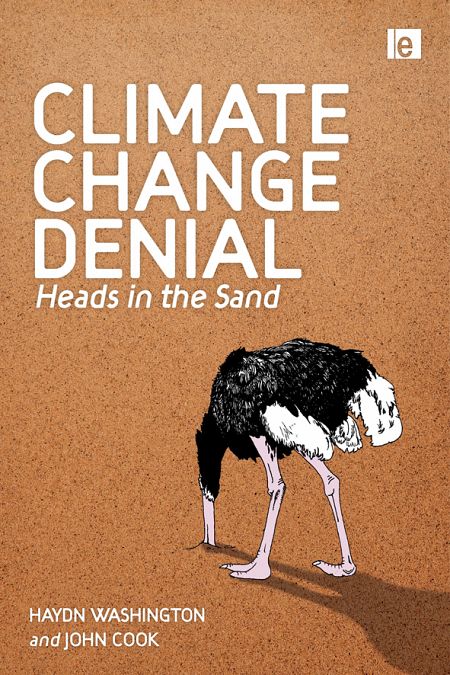 In her foreward to the book 'Climate Change Denial', Professor Naomi Oreskes, the author of 'Merchants of Doubt', talks about the history of vested interests challenging accepted scientific evidence. She says exactly the same thing is happening with the well established science of climate change. Here is a short excerpt.

As a university professor who competes daily with the internet for my students' attention, I understood the power of the web, and it frustrated methat scientists hadn't done more to use it. So I was happy indeed when I discovered John Cook's wonderful website, www.skepticalscience.com, which calmly and systematically debunks the most common denialist arguments. When I discovered that Cook even had an iPhone app, I knew these were people I wanted to know.

For too long, scientists have debated climate science in the halls of science, thinking it was someone else's job to communicate the science to the rest of us. Meanwhile, vocal groups with an ideological or economic interest in challenging the scientific evidence did exactly that, in well-organized, well-funded and persistent campaigns. Many of the same groups and individuals who now challenge the scientific evidence of anthropogenic climate change previously challenged the evidence of tobacco smoking, acid rain and the ozone hole. Some have even tried to reopen the debate over DDT, claiming that DDT was never dangerous, and that millions of people have died unnecessarily from malaria because of the US decision to ban DDT in the United States.

Most of these claims are just false. The attempt to rehabilitate DDT, for example, is based on claims that are demonstrably erroneous. DDT does cause cancer; it was never the miracle chemical that its supporters claimed (and continue to claim); and the World Health Organisation moved away from it in malaria prevention not because of environmental hysteria but becasue mosquitos were developing resistance.

Other 'denialist' claims have been shown to be incorrect as well – or at least to be misleading half-truths. Washington and Cook note that there are common patterns in the denial of scientific evidence: the most common is to claim that observed changes are natural variability. And if they are natural, then there is no cause for concern and no reason to change from 'business as usual'.

This can be hard to refute, because the natural world is highly variable. It is the job of scientists to sort out the diverse causes of natural change, to determine their magnitude and rate, and to differentiate them from human effects. What we know, after half a century of scientific work, is that the human footprint on the planet is now so large that human drivers of change are in many case overwhelming natural drivers. There is natural climate variability – including changes caused by natural fluctuations in solar irradiance and atmospheric CO2 – but natural variability is being overridden by planetary warming dominated by human activity: the production of greenhouse gases and the destruction of forests, mangrove swamps, and other natural carbon sinks. Similarly, there is natural variability in stratospheric ozone, but the depletions observed in the 1980s were caused primarily by the synthetic chemicals known as chlorofluorocarbons. There is natural acidic rain, but it was vastly increased in the 20th century by pollution from coal-fired electrical utilities, smelters and automobiles.

How do denialists make such half-truths seem credible? By relying on scientists to make them. In the 1950s, tobacco industry executives realised that if they attacked the scientific evidence of the harms of their product, the conflict of interest would be obvious. But if scientists raised questions about the science, that would be a whole different matter. So they set out to find scientists who were willing to do just that.

We see the same pattern in the challenges to climate science. Washington and Cook directly address...recent claims.


(This is an excerpt from the recently published book 'Climate Change Denial' by Dr Haydn Washington and John Cook, published by Earthscan. This excerpt has been reproduced with permission.)