It’s Carnival of Flowers time but, with worries over land security as the result of planned new mining projects, it’s not all rosy on the Darling Downs. Miriam Bauman reports.

Toowoomba’s 62ndCarnival of Flowers was officially opened by Premier Anna Bligh last Saturday before the Floral Parade made its way through the centre of the city. (The Carnival ends today.)

Among the stilt walkers, bands, entertainers, and community groups was the Friends of Felton, www.fof.org.au , a community group opposing Ambre Energy's proposal to produce fuel from coal on a 2000 hectare site at Felton. According to Friends of Felton (FoF) there wasn’t any local consultation by Ambre Energy prior to the release of the Initial Advice Statement in December 2008 that declared its intentions. It is apparent that Ambre made its decision to attempt a large open cut mine at Felton without any reference to the social and cultural history of the district, its demographics or the preferences and sensibilities of residents. These people are concerned about the impacts on both the community and the environment.

Felton is a farming district on the inner Darling Downs, about 30 km south west of Toowoomba and is located at the headwaters of the Murray Darling Basin, which is prone to flooding.

“The fertile Darling Downs area in Queensland, and the Liverpool Plains in NSW, comprises only 6 per cent of Australia’s total agricultural area but produces over 22 per cent of its food. This is Australia’s breadbasket,” says Dr Tina Hunter, Associate Professor at Bond University.

So, should productive farming areas be off limits to mining?

FoF says ‘yes’. They say, no amount of money can buy acceptance of this project. What price can be put on clean air, the health of children, clean food, or on the safety of water supplies?

FoF surveyed households and properties within a 10km radius of the proposed project site to determine estimates of the population, and annual productivity of the area.

These were the results: 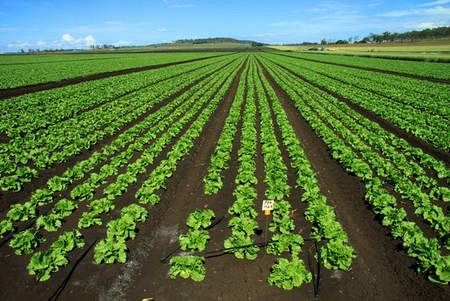 Approximately 4000 people live within that radius, of which 540 are employed on farms and more than 1000 children go to schools in Pittsworth and Southbrook that are within eight kilometres of the proposed petrochemical site boundary.

Bob Free’s grandfather bought land in the Felton Valley over 110 years ago, on 29th June 1901. This productive land grows barley and wheat in the winter, and sorghum, corn and sunflowers in the summer. Bob turns 80 in November and his son’s family is now the 5th generation to farm this land. He believes this land is “the most valuable and versatile cropping land as it’s been growing crops for over 100 years and has the potential to do it for another 1000 years unless it’s desecrated by mining.”

Ambre CTL, a subsidiary of Ambre Energy, is developing this project. It involves constructing a coal-to-liquids facility, which will produce 940 million litres per year (ML/yr) of high quality unleaded petrol and 150 ML/yr of LPG. An open-cut coal mine (adjacent to Hodgson Creek) will supply four million tonnes/year (Mt/yr) of feed coal to the facility. The site will also have dams, a coal stockpile, conveyor systems and a power generation plant. The company’s own figures estimate CO2 emissions from the petrochemical plant to be 4.2 Mt/yr at the first stage.

Rob McCreath, President of FoF, says the uncertainty surrounding the project – known originally as the Felton Hybrid Energy Project, then the Felton Clean Coal Project, Felton Clean Coal Demonstration Project and, as of March 2010, AmbreCTL – has been impacting on the people in the community since January 2008. There have been four different plans with three different end products and an environmental impact study (EIS) that was started, then stopped, so that now they have no idea when it’s to be finished. (Ambre Energy’s expects to complete the EIS by December this year.) Rob can’t see this happening as it's unlikely the Terms of Reference could be finalised by then, never mind the EIS. Young farmers who are looking to expand are unsure of what to do and people with health issues want to retire but can’t sell their properties.

When he met with Stirling Hinchliffe, Minister for Employment, Skills and Mining, he was told that “the mining company has certain rights under the law”.

Rob replied, “what about the Felton community? Doesn’t it have rights?”

The uncertainty is causing anxiety among farmers and residents, deeply concerned about how the project might permanently damage the land and their lives.

According to Neil McGregor, Company Secretary of Ambre CTL, they acknowledge that there is good productive food producing land in the area but

“…the amount of food that is produced on our site is very, very minimal. When you look at the details of our site it’s not a major food producing area. Apart from a feedlot that needs to be relocated there’s virtually no food production on the bulk of our site. The eastern side of our site has some very good land and that’s where you’ll find most of the people who are resistant to this project — the ones that will be continuing to produce while we are operating.”

FoF says that 25 per cent of the site is cropping, 25 per cent is grazing and 50 per cent is remnant vegetation. They have expressed concerns about the bulldozing of Aboriginal sites and the remnant vegetation, the effects blasting will have on residents and animals, increased vehicle movements during construction and production, noise levels, coal dust and the venting of pollution into the air with the potential to affect the health of thousands of people in the surrounding area — including the residents of Pittsworth

Neil McGregor says that four to five hundred hectares at a time will be disturbed to mine the coal as they move across the site and then it will be rehabilitated to its pre-mining use. He has visited the US Midwest, where it was believed the soils were unique and weren’t capable of being rehabilitated back to cropping land after open cut mining. In all the cases he saw it was impossible to tell which ones had been mined and which ones hadn’t.

“In Felton’s case, they are different soils, it’s a different climate, we acknowledge that — but it’s our view that it’s incorrect to say that it can’t be done,” he said.

“The soils in the US Midwest have much lower clay content and they are definitely different soils. If you want to see poor rehabilitation go and see what’s happened at Acland. It has never been shown on these black, cracking, clay soils that rehabilitation can be done.”

He is also concerned about the coal dust spreading over horticultural crops and the pollution of the aquifers.

Former Director of the Centre for Mined Land Rehabilitation at University of Queensland, Professor Clive Bell, has studied soil rehabilitation internationally and says that nowhere in the world has it been proven that high clay soils, such as those on the Darling Downs, can be successfully rehabilitated.

Tony and Betty Barker retired to Felton in 2000 after living in St George for 40 years and are concerned about the effects the proposed coal mine will have on Felton’s ability to produce huge quantities of food.

Philippa Harvey, a teacher in Toowoomba is concerned about clean air and water:

“We don’t have enough water and mining uses lots of water so where are they going to get it from?”

Neil McGregor said that water consumption would be at least 22 megalitres/day and they are considering sourcing water from the recycled water grid in south east Queensland.

A spokesman for the Water Grid said:

Currently, there are 550 bores within a 10 km radius of the site, drawing water from underground aquifers for stock, irrigation and domestic use. The town of Pittsworth is totally reliant on bore water. FoF is concerned about the possibility of puncturing aquifers when mining the coal. Solid waste from the plant would be returned to the mine pit, with the company admitting that the pit ‘might need to be lined’ to prevent toxins from leaching into groundwater aquifers.

Hugh Reardon-Smith, an agronomist, has lived in Felton for 20 years and is concerned about the possible damage to the water supply, since Felton Valley is dissected by Hodgson Creek, the headwater of the Condamine River, which is the head of the Murray Darling system.

“If this area was mined it would take thousands of years to rehabilitate. It’s a strong local community and a mine here would totally disrupt it and the wider community because of all the transport from the proposed petrochemical plant,” he said.

About 50-60 trucks will be used to transport fuel off site daily thus adding to the already congested Toowoomba range crossing and that is not taking into account the vehicles needed in the construction phase.

Andrea Sullivan, a mum and medical receptionist, lives about two kilometres from the proposed site and is worried for the Pittsworth community.

“They don’t realise the effects it will have on the farmland, their health and on the community. If people leave then the community loses its volunteers.”

In March this year, UK health expert Dr Dick van Steenis, visited the region to discuss potential health risks of fine particulate matter (PM) emissions from mining operations and the release of volatile organic compounds into the air. He said the most dangerous dust particles are the very small PM2.5 and PM1 size which get into the lungs. Australia does not have a standard for PM2.5 (unlike the USA), and mines commonly monitor only the larger PM10 particles. Dr van Steenis expressed concerns over the pollution emitted by coal gasification plants, such as the one proposed by Ambre Energy at Felton. Potentially dangerous pollutants included poly cyclic aromatic hydrocarbons (PAHs) and other volatile organic compounds (VOCs). Evidence from around the world shows such emissions can lead to increased rates of cancer, asthma, lung disease and low birth-weight babies.

I asked Dr Ken Walker, Curator at the Museum of Victoria (Science Department) about the possible effects of coal dust and volatile organic compounds on honey bees. He said that, to his knowledge, nobody had ever looked at this issue and is a question to which nobody has an answer yet. And without funding, he said, no one will look at the problem.

“There are no answers at the moment so someone would need to fund a trial to look at what the effects are, but pollination is very important to our lifestyle — one in every three mouthfuls of food we eat is a direct result of pollination.”

Crops grown on the Felton Valley are pollinated either by wind or insects. 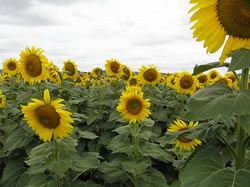 Ambre Energy has exploration permits covering 75000 hectares of land from Millmerran to Warwick to Cambooya in a rough triangle, of which 2000 hectares is the mining lease application over the Felton area. The Government requires drilling to keep exploration permits active and some coal has been discovered in the Back Plains area.

Is our future food security at risk if this project goes ahead?