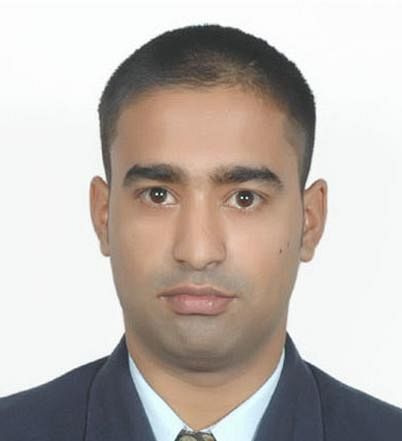 Australia recently changed its visa policy for skilled migrants, leaving many potential migrants who had been on the waiting list for years high and dry. Bhupinder Pawar is one of those affected applicants; this is his story.

ON BEHALF of all affected applicants, I would like to draw the Australian public’s attention to the injustice of the Australian Government’s “capped and ceased” visa policy to offshore pre-September 2007 applicants.

I am an Indian national and I applied for the Australian General Skilled Migration (GSM) visa on 24th January 2007 under Permanent BN Subclass 136 Independent. My nominated occupation was Refrigeration and Air-Conditioning Mechanic, which is approved by Trades Recognition Australia (TRA).

Before the change, I had been waiting for my visa for a long time. The application process went for over 3 & 1/2 years, which in itself is excessive given the processing time of DIAC department is only 8 to 12 months. All my documents were genuine and I had every reason to believe my visa was going to be granted. I had completed all the conditions regarding this GSM visa, including assessment of IELTS score, skills assessment, file number, trade experience, age, medical and police clearances, migration consultation and more. And all this time, my life was on hold as I waited for a positive reply. During this period, I considered setting up a business, but this seemed pointless given I was going to emigrate and it seemed absolutely certain that I was going to get my visa granted. Unfortunately, this hope was all just a pipe dream, as I found out when I received the information from the Australian Government concerning my capped and ceased visa on 7th July 2010.

When I received the unfortunate news, I was shocked to the core and my dream were instantly shattered. I was cut adrift from my dreams. The life of people without a goal is like a boat without a sailor. This boat can float on the water but, eventually, it will sink.

Looking at the issue dispassionately, though, the main issue is that that the possibility of these visa arrangements might eventually be capped and ceased was never discussed with or mentioned to applicants when they lodged their applications. In effect, I regard this as a breach of faith by the Australian Government. Clearly, this knowledge would have helped applicants to decide whether they wanted to continue with the application process or not knowing that this could happen.

This decision after such a long process of 3 to 4 years seems absolutely unfair to me in so many ways. It is, surely, a most draconian piece of legislation. It certainly diminishes Australia’s reputation for fairness with all those affected pre-September 2007 applicants, and those they encounter. I am much older now. I have wasted a huge amount of time and energy in the application and missed many job offers and opportunities that will never be redeemed. Furthermore, I ahave been deprived of many golden chances simply due to Australia’s opaque and perplexing visa processes.

It is very confusing for me and for other affected applicants.

Consider the following words by the Immigration Minister Mr. Chris Evans, who on the 8th of February this year, at the Australian National University, said that:

He went on to say that “…without migrants our workforce would begin to shrink from the 2nd half of this decade, as a cohort of baby boomers retires from work".

And on the 4th of June 2010, on ABC Radio National’s 'National Interest' programme, the same Minister said that these capped and ceased provisions will only operate in the future and not to people already in the migration queue.

The moves do not appear to be in Australia's national interest, but have been made for other reasons. The facts speak for themselves. The Australian Government and major industrial organizations have published information that the nations, and their industries, are facing severe skill shortages in several occupations. However, this has not prevented the Government from moving to cap visas just before the 2010 federal election for seemingly cynical political motives. It is dog-whistle politics by the Government and merely aims lure anti-migration voters to their side without consideration of the effect on applicants and, even more importantly in terms of their responsibilities, the Australian economy.

The Australian resources sector was not in favour of the change. Steve Knott, head of the Australian Mines and Metals Associations, told ACB Local Radio that “…we need the skilled masses on the certain jobs now and the demand going forward will be even greater as these projects get off the ground."

The chief executive of the WA Chamber of Commerce and Industry, James Pearson, called upon the government to ditch the mining tax plans and address the shortage of labour in WA by implementing a stronger immigration policy to supply more migrant workers to the region.

The Migration Institute of Australia (MIA) has said that Australia's migration program remains unbalanced, mismanaged and confusing for current and potential migrants, sponsors and for the general public.

Skilled workers who legitimately applied and paid to work with permanent residency have been blocked unfairly and huge number of skill vacancies shows the industry already have skill shortage is feeling the effects, with a predicted fall of skilled migrants over the coming years. Cap and Cease legislation also has created uncertainty for potential migrants, destroying their legitimate plans for the future and putting their lives on hold for years. To invite people to apply to migrate to Australia, lodge their applications and pay their money, and then deny them by Ministerial decree is against natural justice, particularly when their applications have been pending for three years.

Capping and Ceasing of valid pre-September lodged applicants is like selling of country's pride for the sake of money and cheap politics. The succession of drastic and often retrospective changes that feature in the Migration Program damage Australia's reputation abroad, making this country an unattractive destination for skilled workers, students, families and migrants. A public inquiry should be held into the General Skilled Migration (GSM) program as it is becoming dysfunctional, ineffectual and cumbersome, and may lead to another major skills shortage.

At present, because there are more immigrants arriving by boats, the Government is looking at these arrivals as potential skills migrants limiting the number of skills places to applicants who have applied through the normal processes. If the government had no intention of granting visas to Pre-September 2007 offshore skilled applicants then the Government should simply say that they are going to put up the 'closed' sign of overflow GSM applications from overseas and not take any more until we have worked through the current backlog.

The cap for only Pre-September 2007 offshore GSM applications, finalized by the DIAC department on 25th June 2010, sets the maximum number of applications to be granted by 30 June 2010 as:

At present, the demand is far more than the cap. So, then, why does Australia want to cap and cease rather than welcome these eager skilled workers. The Minister’s decision is clearly irresponsible and is based on political rather than economic reasons.

Here are some important suggestions to how this distressing situation may be resolved fairly, given the Minister has many other options for managing the GSM backlog more efficiently than the capped and ceased visa policy:

1. The minister should devote a certain percentage of the program to resolving the pre-September 2007 backlog instantly and setting a time frame for the rest of the applicants, with the option of refund if they are not interested in further processing.

2. Given the business community are calling upon the government to ease restrictions on the skilled visas, the Government should consult with them with a view to easing restrictions on skilled migration.

3. Asylum seekers should be treated on the basis of humanity rather than as prospective offshore skilled workers.

4. The migration strategies should be different for both categories because skilled migrants are the desirable and much needed ingredients for a growing and prosperous nation.

5. As for as population is concerned, maintaining population growth is a must for delivering better living standards. The population index says that Australia will be undercrowded by 2050, if it grows at its  on present rate.

6. Regional areas are dying with a lack of skilled migrants. Applicants affected by capped and ceased provisions (pre-September 2007)  should be diverted to much needed regional areas as a condition of re-opening of their ceased applications.

7. Stop further applications and clear the backlog. State clearly that only limited occupations are required for the Australian economy henceforth.

8. Strictly implement screening for new applicants to ensure that only highly qualified professionals enter Australia under the GSM process in future.

If a tap is leaking, how do you fix it? Switch off at the mains, drain the water out then fix the tap and turn on the mains. Not fix a smaller valve in the pipes because that will only cause the pressure on the other end to build up over time. It may be fine now but what about in a few years time? With too much pressure, the pipe will burst and the whole house will flood.

This is just an example about how the Australian Government could deal with these matters using common sense.

Finally, I would like to make a request that the Australian Government eliminate the practice of changin the rules after the game has started without giving any sound reasons. We all know that migration rules change regularly, but once you apply you are generally protected from all future changes to the rules. Australians should all take note of this issue and play their part in restoring your nation's reputation as a desirable and fair country in which to live, work and study. On behalf of all affected applicants, I would be immensely grateful for this kindness.
NEW AUSTRALIANS Australian Government Big mining Chris Evans Labor Party
Recent articles by admin