The British Monarchy offers nothing of value to Australia, its citizens and especially its Indigenous Peoples, writes Dermot Daley.

MANY PEOPLE in Australia have mourned the death of Queen Elizabeth II. She was the longest-reigning English monarch, who wore the crown from 1952 to 2022. But what does this mean to other Australians?

To Indigenous Australians, she represented an invader who established colonies on land that had been their law and lore for more than 50,000 years. The land was the foundation of Aboriginal culture; the place of belonging, language and the Dreamtime — the very essence of their relationship with Life.

The colonial settlers attempted to exterminate Australia's First Peoples. They stole the land, took children from their families, raped women and punished Aboriginal men for defending themselves. The colonists have continued this theme throughout the 250 years since England claimed possession of Terra Australis.

The English Law that controls Australia has endowed wave after wave of migrants with greater civil rights than the original inhabitants. Why would an Indigenous Australian feel anything remotely tender towards the English monarchy? 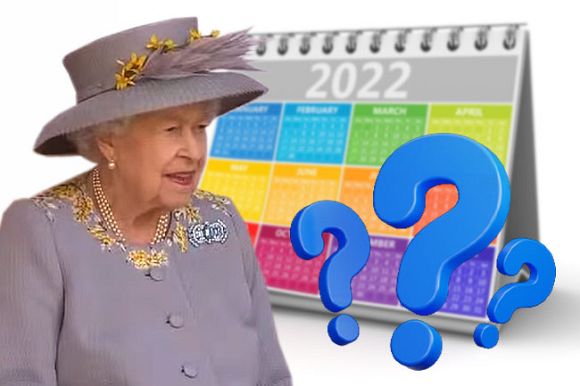 After a public holiday for the former Queen Elizabeth II to mourn her death, yesterday was another holiday for her birthday.

What of those non-English migrants to this country: the Irish fleeing English-caused famine in the 1840s; the free-wheeling gold seekers, through the boom and bust of the 1890s; post-WWI into the global influenza pandemic; the Roaring Twenties; the Depression; displaced Jews, Greeks, Italians and Dutch escaping the horrors of WW2; Vietnamese in the seventies; Africans in the nineties; Lebanese; White South Africans fleeing retribution at the end of Apartheid; minority Afghans, Iraqis, Chinese, Indians, Pakistanis and Sri Lankans?

The pomp and ceremony of September 2022 (the pending coronation of Charles III notwithstanding) may be a balm for those who believe in fairy tales of a beautiful princess who meets her prince and lives happily ever after. But the reality is very different.

From feudal times, an English king would appoint dukes and earls who enjoyed his patronage and, through a regime of tithes and taxes, would maintain a semblance of law and order by assembling allied armies to police the populace and repel opposing forces. Good enough if you were a noble (entitled), but a hard life if you were a serf with no rights.

Doomsday Book (ca. 1086) was the first attempt to define the ownership of property and ever since that time, the majority of Greater London along with extensive tracts of land across Great Britain has remained the property of the Crown. The royal family is really wealthy.

The Magna Carta (ca. 1215) became the first step in the separation of powers to prevent the monarch from having unaccountable control of the Parliament. Subsequently, the role of the monarch has become largely symbolic, with a notable flaw that continues to create class division in England and in other countries that still bestow magical powers on the Monarchy. 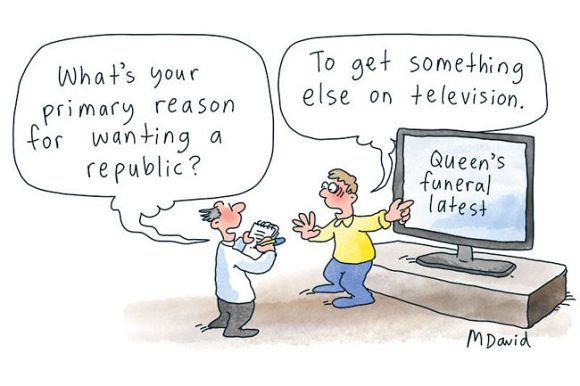 While much has been discussed about electing an Australian president, more consideration is required before moving forward as a republic.

Membership of the House of Lords in the English Parliament is achieved by acquiring a title through royal appointment or heredity, where such a title is for life. The historic class divide is reinforced each year with the honours system, being an anachronistic tradition of reward to deliver the recipient a sense of superiority over mere commoners.

In Australia, the obsession with English rule went almost unnoticed in the anglophilia of Robert Menzies, but became cringe-worthy under John Howard where the movement to manage our future was cruelly sabotaged. Howard’s strategic refusal to allow an informed vote towards independence and the emergence of a republic has denied Australia 30 years of potential opportunity and prosperity.

The wealth of the English royal family was not earned. The royals do not pay taxes. Robber barons do not willingly relinquish privileges that wealth brings. The royal family is a powerful corporation, sometimes referred to as “The Firm”. Corporations put profit before people. The Firm allowed Elizabeth to see out her record benchmark of 70 years, but that was all. Continuity prevails.

Throughout recorded history, there have been sudden departures of civic leaders. Within Chinese dynasties from eons BCE; in ancient Egypt and Greece; the Roman Empire (‘Et tu, Brute?’); kings and queens of Britain; popes in Rome; in the USSR, the USA and even the Dismissal in Australia.

History is a record of what we fail to learn from history and the lesson is to know history.

Australians might be appalled at the waste of public money on the suspension of parliament and generous travel perks to enable “honour-bound” groupies to attend the late Queen’s funeral service when there are homeless and hungry people here in our own country. Or what a few million dollars could have done to help those in any of the environmentally disrupted regions on our badly “out of tune” Spaceship Earth. 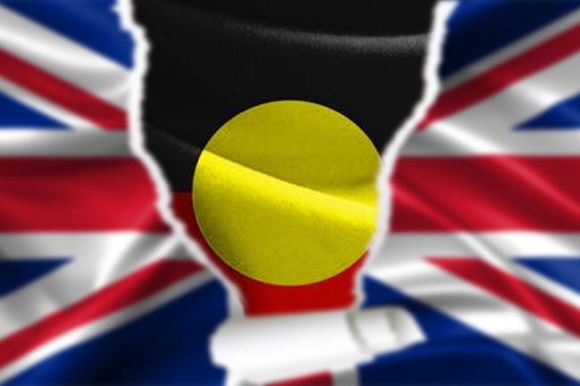 Britain's Monarchy is holding Australia back from reaching its full potential as a progressive nation.

It is evident that Australia’s subservience to the Monarchy is a serious impediment to us finding our rightful place as a global citizen in the Pacific region.

We do not want a dictatorship, benign or otherwise, so the logical alternative to this non-resident Monarchy is a republic. Naturally, we are wary of the USA where the Presidency can be purchased, but there are other models to consider.

Australia could have long planned to disown the royal family on the death of Prince Philip (before Elizabeth passed the crown to her son and thence restore a patriarchal lineage) and cut the apron strings to emerge as the Democratic, Independent, Neutral, Secular Republic of Australia (DINSRA).

How many more years will Indigenous Australians have to endure entrenched racism before the Voice to Parliament is allowed, before a meaningful Treaty is enacted and before an Australian bill of rights is passed? How many more opportunities will we squander before we move on from the corrupt self-entitlement that has underpinned Australia from convict days into the 21st Century?