The "cookers" promise to be out tomorrow at polling booths across the country, writes Tom Tanuki.

SOME Socialist Alliance volunteers are at a polling booth in Cairns, Queensland, warning a One Nation volunteer that grapes are bad for her dog. They’re saying this because it’s true.

'Can dogs eat grapes? The answer is easy: No, dogs should never eat grapes. Grapes and raisins are known to be highly toxic to dogs.’

But here’s what this One Nation volunteer knows that you don’t: never trust the mad, woke left. She’s seen Sky after dark. She’s not about to be fooled by these lying globo-Marxist radicals.

Unbowed, she continues to feed her dog highly toxic grapes. She begins yelling over the SA volunteers: “Look, everyone, I’m going to kill my dog! Oh, no, he’s going to die! The dog’s gonna die!”

And so, you see, with withering sarcasm she outfoxes these lying far-left extremists. She is emblematic of the kind of dedication to freedom we need in Australia, willing even to poison and murder her own little terrier just to beat the left.

The 2022 Federal Election is here. If the past couple of weeks are any guide, you’re in for a treat at the polling booth. The conspiracist and far-right factions have been telling itself doomsday prophecies for too long and the pressure is getting to them.

Their tales of an impending globalist-socialist-fascist-Marxist catastrophe have been great for commentators on Sky after dark and the perma-fundraisers of Rebel News. Many con artists ate very well from these lucrative scary bedtime stories. 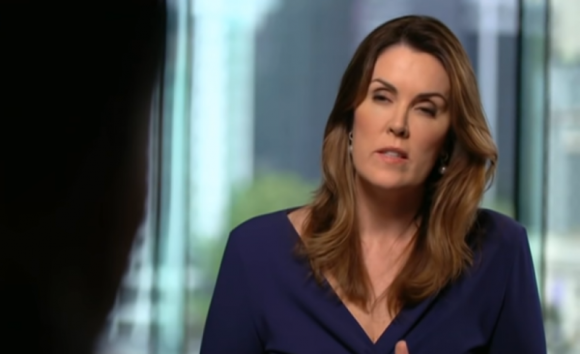 Taxpayers might well question millions funded to the Menzies Research Centre by the Australian Government, given the think-tank's overarching Right-wing ties.

But now they need to convince strangers to vote with them. That requires a spirit of accord which is a little outside the comfort zone of people reared in the fringe political realm of combative culture wars and doomsday conspiracies. So they’re being a bit weird.

There’s a flyer that God-botherers are handing out in Victoria away from the early voting booths. It says it’s 'from the desk of God Almighty' on the bottom; nice to know God’s playing by the AEC rules.

Divinising the far-right, conspiracist parties and aligning every other party with Satan.

It shows you the stakes these people think they’re operating at. If you knew the world was about to be seized by evil techno-fascists, and you were surrounded by agents of Satan rubbing it in your face, you’d be a little on edge too, right?

They’re jumpy at the booths. There’s a woman at a Victorian pre-polling booth non-stop calling anyone who doesn’t take her how-to-vote card “the NWO”, meaning the "new world order".

A bit of name-calling is almost guaranteed if there’s a handful of them there, particularly if they see you talking to the Greens or Labor. When enough of them congregate, they’re even reportedly defaulting into "anti-lockdown rally mode" there've been a few reports of impromptu protests springing up adjacent to United Australia Party (UAP) and One Nation booths.

You might even experience the joy of being called a "sheep" on a megaphone!

Or maybe they’ll threaten to shoot you! One UAP volunteer has been banned from all booths around the area of Dapto in Wollongong for that. A local Labor member reported “lots of verbal abuse, posters ... ripped down and spat on and threats of violence and shooting”.

There’s another factor setting conspiracists on edge. They’re also worried they might have let their unruly movement tell a few too many lies about ballot "tricks" and election "outcomes".

It’s midweek and a mate is wading through a citrus mess of agitated One Nation and UAP people at an early voting booth in the seat of Dunkley. He’s saying no to all their offers as he presses forward. It’s evening. Suddenly, a man in hi-vis emerges from the darkness. He leans in and says: “what about a tradie"?

My friend does not understand. He has simply been offered to vote for a tradie instead of other politicians. It’s Darren Bergwerf, an independent candidate.

Has declared himself the winner of the Seat of Dunkley, and we're honestly a bit stumped on this one.#Dunkley #auspol @AusElectoralCom pic.twitter.com/wKqm9QbeKQ

Bergwerf would have been a member of the vicious, pro-mass-hanging conspiracist party Australia One, if it had existed (which it doesn’t, because leader Riccardo Bosi didn’t register it).

“Remove Australia from all corporate entities: make a legal Australian Constitution for all Australians.”

This means he’s a sovereign citizen and he thinks the government is an evil corporation.

Bergwerf has already declared himself the winner of the Federal seat of Dunkley. He says it’s because he’s the only candidate “without an ABN or a corporate entity”, so technically he already won (here’s his ABN, but whatever).

But what effect does that have on the handful of conspiracists who were going to vote for him? Would they even bother if he’s already won? This is the problem with making shit up: someone might actually believe you.

Ballot tricks endorsed en masse by Australian conspiracists include only voting "one" for your preferred freedom candidate, and leaving the rest blank (that will count in the upper house this election, but doing it in the lower house would make your vote informal). They've suggested voting "zero" for your preferred candidate, which obviously wouldn’t count in any house. Or to give ones to freedom candidates and zeros to the rest. 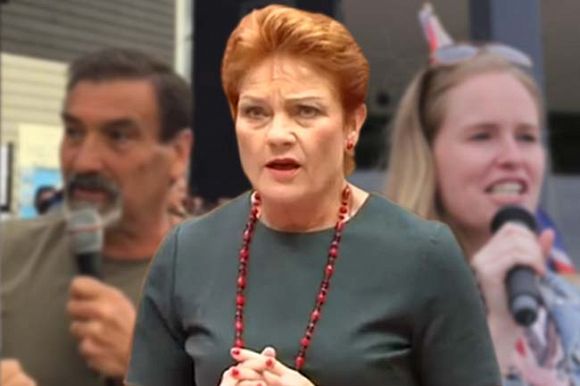 Riccardo Bosi has been telling the anti-lockdown movement a bunch of hysterical, bloodthirsty bullshit for a while now.

Conspiracists such as Monica Smit of Reignite Democracy Australia and some Great Australia Party members have recognised this developing problem and how it threatens to nullify any electoral sway their movement might have had.

They have tried in earnest to correct it with sober explanations of how preferential voting actually works. It’s a little boy-who-cried-wolf, frankly. By now, Bergwerf’s pre-emptive victory declaration is more enticing to the typical conspiracist than boring campaigning in a boring electorate.

Riccardo Bosi’s threats to hang politicians and the AFP en masse are more thrilling than a realistic policy platform. Give me nooses, not laws!

Bosi is telling his followers the aforementioned "only vote one in the Upper House" trick so they choose only Australia One-affiliated independent candidates. That means those votes will expire after they are exhausted by those independents, rather than redirecting to the next-best thing: the true power of preferential voting.

Because not a single Australia One candidate is entering the Senate, all these votes are going to be wasted. All Bosi is doing is rendering his followers’ voting power null and void.

He won’t get to legally hang anyone!

It’s a blend of things. Dreading their own uselessness. Being taught to never work productively with anyone. Believing they’re campaigning against Satan. For all these reasons, our freedom-loving, dog-poisoning friends are a little tense. My advice is to smile at them and pretend you like them, if you see them out. Maybe say "freedom!" or something. They’ll like that. Hide your evil leftist how-to-votes from sight.

Please, only see this as an opportunity to annoy them back if you’re prepared for things to get a little wild and unpredictable. Trust me. I’m saving you a headache. Unless you like being threatened with being shot on a Saturday morning.