Have you been stopped by the police recently for no apparent reason? Well, if not, it'll be your turn soon, predicts Dr Duff Watkins. 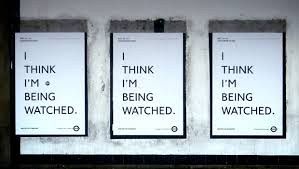 LIKE Trayvon Martin, the unarmed black teenager who was shot fatally a year ago in Florida while wearing a hoodie and “acting suspicious”, I was born in the USA.

Unlike Trayvon Martin, I wasn’t born a suspect. I had that thrust upon me.

I became a suspect early in life. In high school, actually.

Like many young people raised in the 1970’s, I opposed the Vietnam War.  I communicated this to society through my “McGovern for President” and peace symbol decals on my car.  So, I was occasionally hassled and, once, ordered to remove the political stickers from my car before proceeding on to the military base where my Dad, a former US Marine, worked.

Young people in the ‘70’s were, as black comedian and peace activist Dick Gregory put it, ‘the new niggers’ — the ones most likely to be regarded as suspicious by the authorities for no good or apparent reason.

But youth is resilient and such is life, so who cared?

The Man couldn’t keep me down.

I thought I left my suspect nature behind when I finished grad school and moved to Australia 34 years ago. Turns out it was just beginning.

While walking home from shooting basketball one day, I was stopped by an unmarked police car in my Sydney suburb.  The cops requested to see my identification.

Being 39 at the time, in tee shirt and shorts, and packing only a basketball, how much criminality could I exude?

The cops explained that some druggie was posing as an athlete and breaking into neighbourhood houses. So they stopped me based on my appearance. No worries, said I cheerfully, flashing my ID to the cops.

Keep up the good work, I yelled as they departed.

I was soon stopped again.

Then again.  And again.

Different days and different cops but always the same story.

After the 4th time I tired of it.

After the 9th time I was exasperated.

The next time it happens will be the 13th time.

Only now I’m a 57 year old white male who still carries a basketball around the neighbourhood.

Truth is, you, I or Trayvon Martin don’t need to act suspiciously in order to draw suspicion.  Suspiciousness is concocted in the mind of the beholder.

So why is Trayvon dead and I’m not? Luck, maybe.

I’ve only had a loaded gun pointed at me once in my life and that’s enough. While being robbed in Sao Paulo (where I live part-time) a kid in a hoodie chambered a round, pointed the gun and stole my briefcase. It wasn’t the hoodie that alarmed me. It was the gun.

Of fabric and fashion I have no fear. Of loaded firearms, I’m very afraid.

But what I fear most, is the human stupidity behind the gun not under the hoodie.

It doesn’t take brains to pull a trigger.

Here’s proof: last year, a 21 year-old white Brazilian student of medium build was tasered to death in Sydney. Roberto Curti, an orphan who had lost both parents to cancer, was in Sydney to study English while visiting his married sister. He spoke often about how safe he felt in Sydney compared to Brazil. Twelve hours before he died, he had scored a goal for his Aussie soccer team.

Then the story gets murky.

He is alleged to have been on drugs and then stolen a packet of cookies from a convenience store, though there is no evidence.  What’s clear is the CCTV footage revealing 6 cops chasing him and spraying him with up to two and a half cans of capsicum before tasering him 14 times.

Here’s my point: Trayvon, Roberto, me, you. In America or Australia. No one is exempt. We are all suspects now.

You think it can’t happen to you? You’re wrong.

You think it can’t happen to your kids? You’re wrong.

You think you’re too white, too rich, too classy, too educated, and too Australian that it won’t happen to you?

It’s just not your turn yet.

But your turn is coming.

Because in truth, we’re all suspects now.

Gary Hart: Did the best U.S. President you never had help the rise of Trump?

19 March 2013, 11:44am Have you been stopped by the police recently for no apparent reason? Well, if not ...
Join the conversation
comments powered by Disqus
News updates