IA goes experimental – after an introduction by artist and Occupy Melbourne activist Carl Scrase – with a Facebook interview between Scrase and Brian Ritchie, former bass player for the Violent Femmes and now Australian citizen. Here, they discuss the “potential for #GlobalNOISE to be the first worldwide sound art piece and the possibilities that creates for human cognition and evolution”.

Before Occupy began, I had two ‘art’ projects I was working on. One was the Empathy Virus the other was the We Make Us Collective. Both were attempts to see how we may better sculpt social interactions and what role co-creation plays in the ability to empathise with others.

I was attracted to Occupy because it looked a lot like what I imagined these art projects might one day manifest into. I have since found out the famous ‘social sculpture’ Joseph Beuys had similar ideas back in the 1970s and ’80s, championing direct democracy as the ultimate artwork and force for change.

There is a great paper, written in 2008 by Dr Malcolm Miles, entitled ‘Society As a Work of Art’. Malcolm gives an overview of the writing of Herbert Marcuse, talks about Joseph Beuys and touches on the topics of utopia, revolution, the history of occupations and how they all relate to art. This is a really interesting and informative summation of the historical underpinnings of ‘art’ and revolutionary social movements.

In the question and answer session at the end of the lecture Malcolm talks about Joseph Beuys’ claim that “Everyone is an artist”. To paraphrase Malcolm’s take on this famous phrase: Joseph Beuys means by this that everyone has a creative imagination and can envisage new social as well as artistic forms. The definition of art dissolves here into free living.

Joseph Beuys called himself a ‘social sculpture’, expanding and adding to the ambitions of the artist. This following quote from Beuys sums up his stance, which I believe is very interesting in linking ‘art’ + ‘occupy’. The quote seems very prescient now, considering it was given in 1987, some 25 years ago:


“In the future all truly political intentions will have to be artistic ones. ... they will have to stem from human creativity and individual liberty. ... this cultural sector ... would be a free press, free TV, and so on ... free from all state intervention. I am trying to develop a revolutionary model that formulates the basic democratic order in accordance with the people's wishes ... that changes the basic democratic order and then restructures the economic sector in a way that will serve the people's needs and not the needs of a minority that wants to make its profits. That is the connection, and this I define as Art.”

I would support the concept that everyone that was and is involved in Occupy Melbourne, especially in the first six days before the state oppression kicked in, were artists, artists beyond whatever the current institution claims to be ‘art’. We were using direct democracy to co-create a new social form in the heart of the old. Direct democracy was our medium, method and message. I speculate the ultimate result would have been an empathic civilization. Hopefully we can find a way to co-create again outside of the outmoded status quo of individualism and greed. 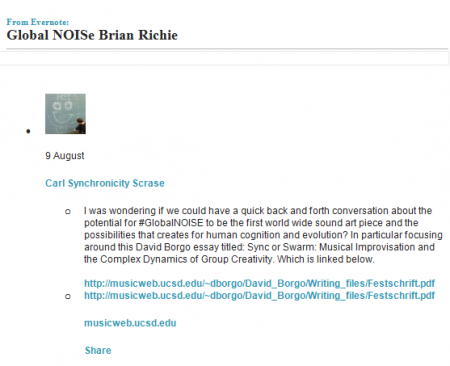 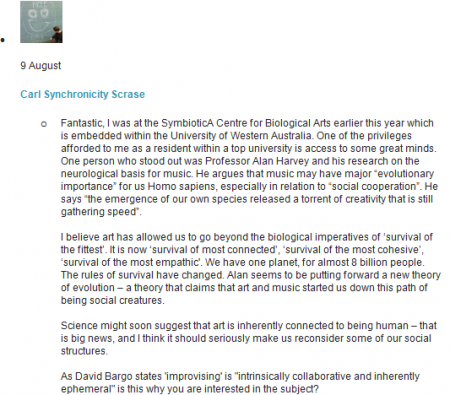 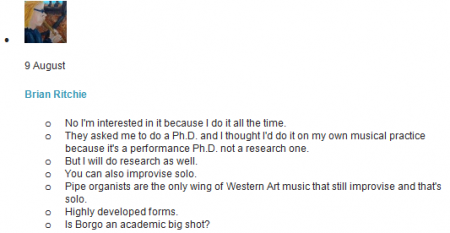 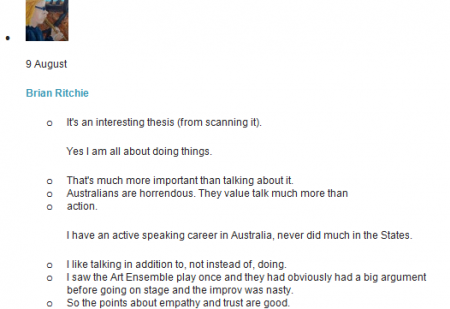 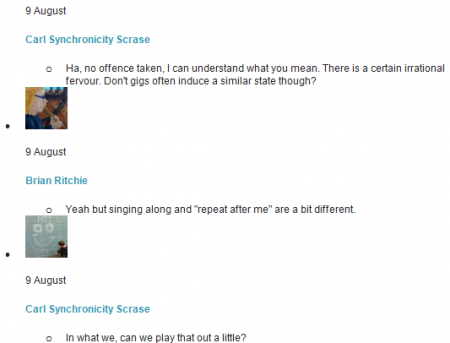 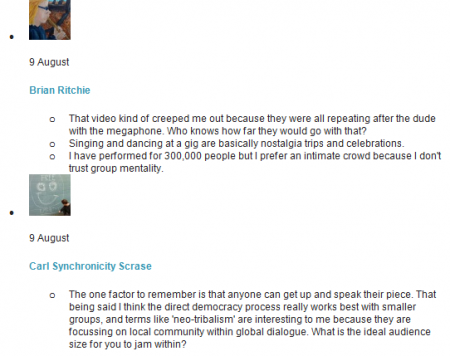 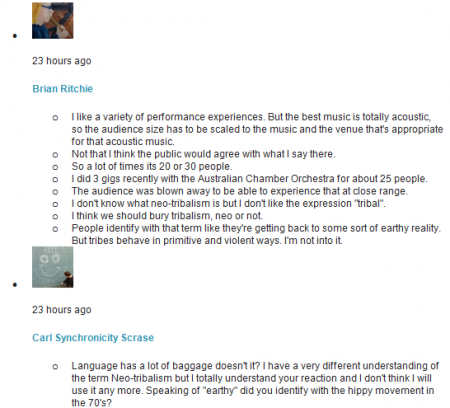 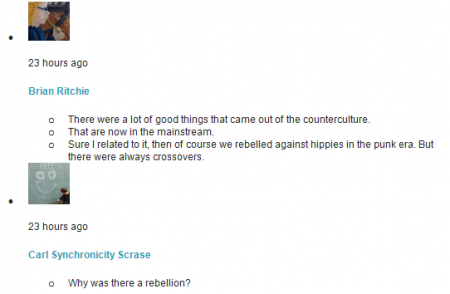 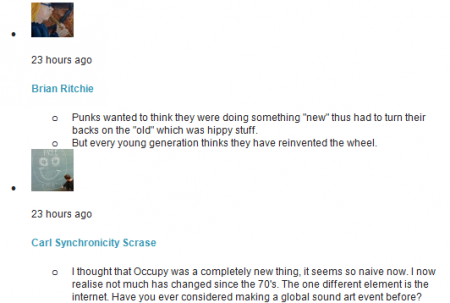 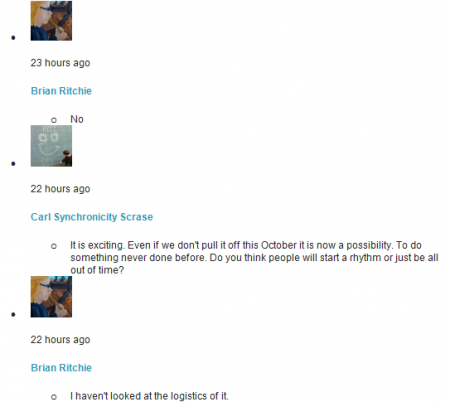 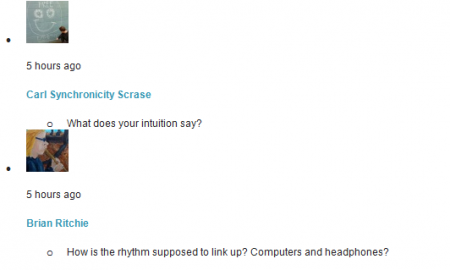 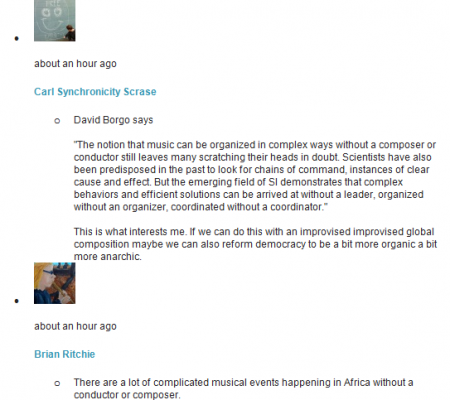 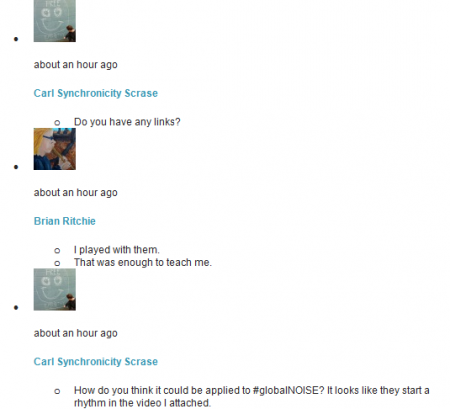 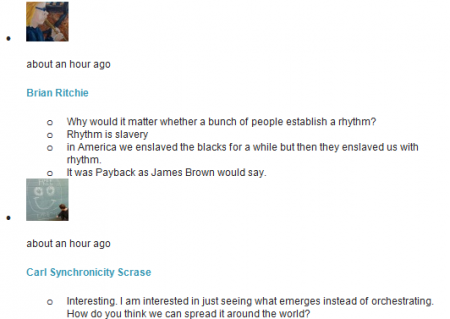 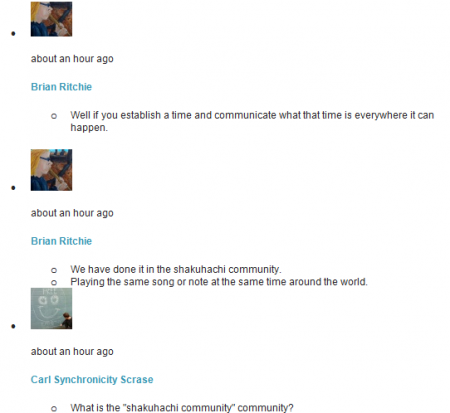 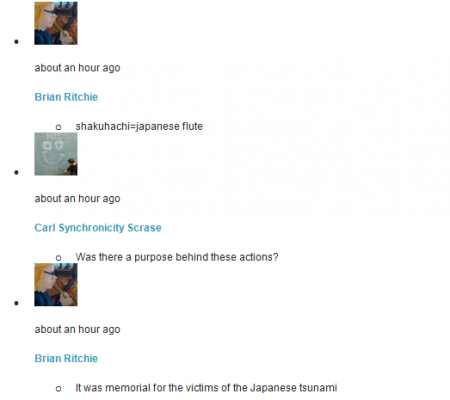 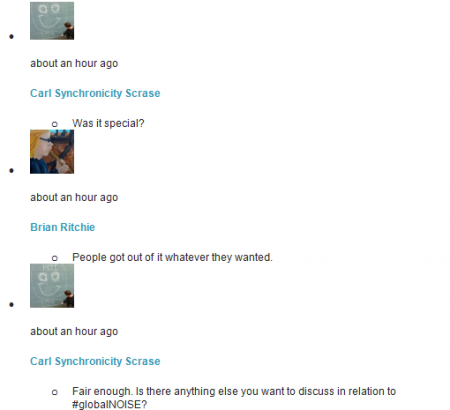