After the defeat at the 2022 State Election, the Victorian Liberal Party now has a chance to better its reputation by learning from Labor's climate policy, writes Jono La Nauze.

NOW THAT Matthew Guy has exited the building and a new Victorian Liberal leader has been announced in Hawthorn MP John Pesutto, the party has some serious work to do to breathe life back into the Victorian Liberal brand.

Despite the mutterings of conservatives both within their own ranks and the usual conservative media suspects, the only pathway back to being competitive in an increasingly climate-alarmed Victorian electorate includes rebuilding credibility on climate policy.

The tragedy for the Victorian Liberals is that Matthew Guy actually had a reasonable story to tell on climate this Election, but it emerged far too late, was peripheral to Guy’s narrative and was undermined by contradictory messages at every step.

Inevitably, we are now hearing conservative commentators claiming that this tentative embrace of climate action cost the Liberals votes, including claims that the Liberals were punished for ‘pandering to global warming alarmists’. 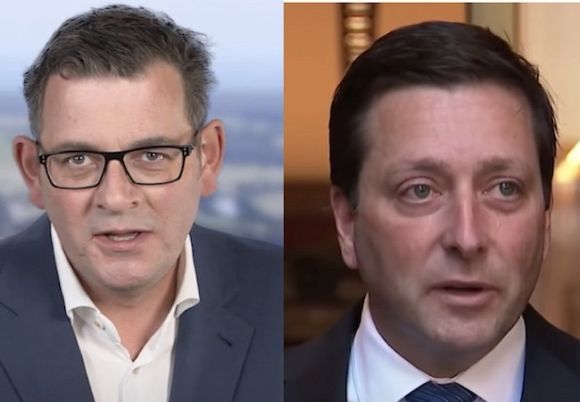 The party best able to demonstrate that Victoria can handle the unfolding energy crisis and deliver climate action ahead of the State Election will be rewarded at the ballot box.

You won’t find a pollster who will agree with them. The data shows the Liberal Party is facing a demographic wipeout as ageing baby boomers move out of middle suburban electorates and millennials become the biggest voting bloc.

What these observers and a shrinking conservative rump of the Liberal Party fail to acknowledge is that, according to the Sunrise Project’s Climate Compass report, only 5% of Australians now remain in the climate denier or sceptic camp — while over 80% want to see more action.

More than any other cohort, millennials rate action on climate change as a top concern. To win them over, the Victorian Liberals will need a more coherent and compelling story about their plans to cut pollution and boost renewable energy.

It can be done. The NSW Liberal Government has announced strong emissions targets and a renewable energy roadmap that couples climate action with a Liberal belief in the primacy of free-market enterprise.

And the truth is that the Victorian Liberals did try. After running on an anti-renewables position in the previous State Election, it was clear that a rational conversation on climate and how the Liberals could take a more positive position was finally happening inside the party.

This made it into the public domain a few months before the Election with Guy’s announcement of credible emissions targets and a staggeringly large investment in home solar and batteries.

But it was far too late. Years of stonewalling on climate – at both the federal and state level – had damaged the Liberal brand and it takes time and disciplined messaging to convince voters of this change in direction. People either hadn’t heard about the Coalition’s policy or didn’t trust that they would stick to it once in office. 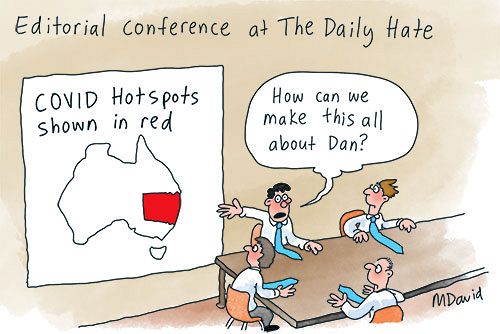 Despite conservative media relentlessly campaigning against his success, Daniel Andrews' potential re-election in November would make him Victoria's longest-serving premier since 1972.

Premier Dan Andrews, on the other hand, could point to his track record on climate and his party’s ambition to go further. While Andrews was proudly trumpeting a revived and renewable State Electricity Commission, Matthew Guy wasted his airtime to provoke a culture war on gas at the 11th hour of the election campaign.

Even without Guy’s gas folly, the positive story the Coalition had to tell on cutting emissions with renewables was continually undermined by leaked stories of candidates (including Guy’s own chief of staff) saying they were opposed to the policy and would cross the floor to block it.

But with a change of leader, Victorian Liberals have a chance to start afresh. In order to win back trust on climate, they could adopt stronger climate policy from opposition than Labor and keep voters focus firmly on good climate policy.

The first test will come in March, when Victoria will formally adopt a new climate target to cut emissions by 75 to 80% by 2035. This is a winning policy that should appeal to the Liberals’ pro-business ethos given it will attract global clean energy investors to a state positioning itself confidently to capitalise on the renewables race.

If the Liberals want to convince voters in 2026 that they are ready to govern in a state already experiencing the devastating impacts of a hotter climate, they need to prove they are up to the task. Offering bipartisan support for Labor’s 2035 emissions targets would be a great place to start.