INDEPENDENT AND Peaceful Australia Network (IPAN) members discussed and consulted directly with thousands of everyday Australians from all walks of life during its  "people’s inquiry" which ran for well over a year under the title, ' A People's Inquiring: Exploring the case for an Independent and Peaceful Australia. What are the costs and consequences of Australia’s involvement in U.S.-led wars and the US-Alliance? What are the alternatives?'

The issues specified in the inquiry terms of reference were presented, in-depth discussions were held and people were encouraged to provide their submissions, whether lengthy or short.

In addition, through the inquiry period, petitions and statements were signed by over 26,000 people, which engaged them in the work of IPAN. Independent Australia played an important part in publicising the inquiry.

Submissions to the people’s inquiry came from people across Australia and from all walks of life — academics, trade unionists, doctors, teachers, journalists, writers, nurses, lawyers, students, pensioners, ex-military personnel as well as organisations including peace, migrant and faith organisations. There were 283 submissions in total plus more than 1,110 replies to a questionnaire on the same subject.

The final report on the inquiry, titled' Charting Our Own Course', was compiled and summarised from submissions by eight eminent professionals in fields of Indigenous affairs, economics, defence, social and community, workers and trade unions, environment, foreign policy and political and democratic rights. 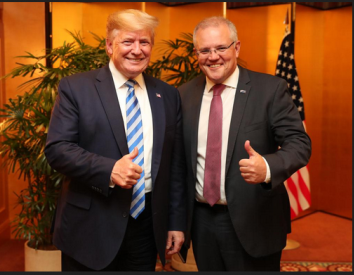 Lawyer and human rights activist Kellie Tranter headed the panel of experts and produced the executive summary for the report, which was tabled in Canberra in the Senate recently by Australian Greens Senator David Shoebridge.

The Australian Government must regain its sanity — stop regarding U.S. geopolitical superiority as a law of nature and follow an international path directed towards respect between nations and the common good of humankind everywhere... this report is of such value and historical importance. Offering alternative visions and possible solutions. The release of the report itself may not make resistors, critics and hard-liners in Canberra nervous, but the public adoption and repetition of its ideas will.

'Charting Our Own Course' – based on the views and concerns of a cross-section of Australian society on Australia’s foreign and defence policies – is a unique document as the opinions of Australians on these matters of national importance have never been sought by the political leaders of this country.

On the contrary, secretive decisions – not even debated in parliament – have been made by our political leaders to involve Australia in U.S.-led wars. Yet these decisions can drastically impact our international reputation and our life, including the environment and the economy, and undermine the peace and security of our region.

IPAN urges political and community leaders, organisations and individuals to read this report and support its recommendations. The report has been published at a crucial time in the life of Australians when the Australian Government is allowing and collaborating with the United States military in preparation for a potential war against China. 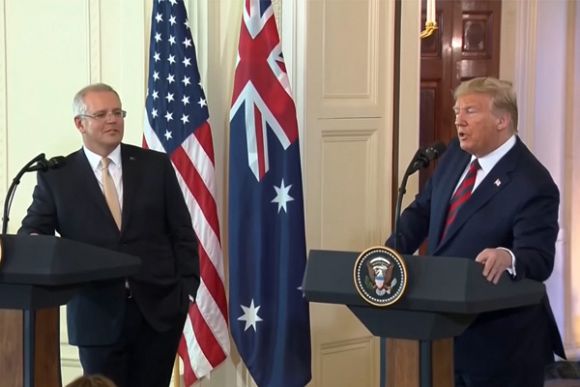 The Northern Territory is being prepared as a launching pad for the possible war. U.S. troops numbering 2,500 are stationed in Darwin each year and practise with the ADF for that reason.

The  (RAAF) Royal Australian Air Force aircraft runway at Tindal is being lengthened at our expense and maintenance facilities established for U.S. fighters and bombers, including six B52s which can carry a nuclear payload.

Huge fuel depots are being built in the Northern Territory to service these U.S. aircraft. And the Federal Government is considering buying eight nuclear-propelled submarines at the massive cost of $170 billion for hunter-killer operations in distant deep waters such as the Taiwan Straits.

IPAN's report clearly shows the aversion of many Australians to overseas wars and subservient collaboration with the United States in these wars of aggression.

The report also urges that the billions of dollars being spent on military hardware be instead invested in peace and diplomatic solutions to conflict.

The overwhelming desire expressed in the report is for the Australian Government to chart our course in foreign policy with the best interests of the Australian people, keeping the environment as its core principle and seeking peaceful and mutually beneficial relations with all countries including China and the United States.

Bevan Ramsden is an ex-telecommunications engineer and a long-time peace activist who advocates for Australia’s independence. He was a member of the coordinating committee of the Independent and Peaceful Australia Network (IPAN) for a number of years and is the editor of its monthly publication, 'Voice'. 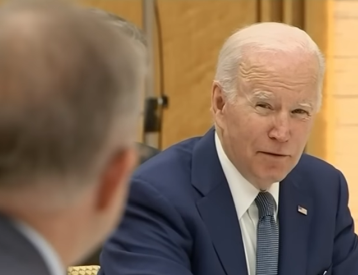 11 January 2023, 3:00pm An agreement authorising the U.S. militarisation of Australia needs to be termin ...

1 September 2022, 8:30am Given our massive commitment to military spending and continuous "war talk", pr ...
Join the conversation
comments powered by Disqus
News updates