TONY ABBOTT MANAGED TO ACHIEVE his long ambition to become prime minister of Australia a few months ago — partly through his good fortune of being the only senior member of the Liberal Party who could possibly be accepted by the voters and partly through a pattern of unashamed misogyny that made women all over the country squirm with fury.

Misogyny is a form of male behaviour that includes sexual discrimination, the general denigration of women, violence against women and treating women solely as objects of sexual gratification. The moment Julia Gillard was elevated to become the leader of the Labor Party, replacing Kevin Rudd, was a moment that Abbott seemed to relish and he bit like a rabid dog.

The sad outcome was that there were so many men around the country who seemed to accept this revolting form of political manipulation. Like Mal Brough (and Julie Bishop!). Where was the courage to stand up and angrily defend our wives and daughters?

One might have thought Abbott would have changed his strategy when he assumed the most powerful office in the land, but even now he exhibits all the manners of a schoolyard bully and all the sensitivity of Saturday night prowler in King Cross.

An old Manly boy myself, I shudder when I see him wearing those obscenely miniscule swimmers.

In my day, he would not have been allowed on the beach.

As for the Liberal Party, for a start, Harold Holt always dressed decently when he went for a swim. More importantly, I know that former leaders like Andrew Peacock  and Malcolm Fraser loathe him.

Neither Bob Menzies nor the Country Party’s Jack McEwen would have allowed Abbott to join their coalition, let along offer him a portfolio. Only John Howard, whom they also despised, gave Abbott a chance to divide the country.

Now that Labor has a strong leader in the form of Bill Shorten – a man who has a background as a senior figure in the union movement – Abbott is able to make unions the target of his attentions.

It is the nature of politics that some politicians have minimal skills in communication and little imagination to enable them to develop ideas that will stir the interest of the voters. Abbott is one of these and chooses denigration and insult towards whatever opponent he faces — simply because he had nothing else to offer.

All over the world, building construction has a history of corruption.

So much so, that an non-governmental organisation named Transparency International has declared that major building construction is the most corrupt industry on the planet. Bribery, rigging of contracts, extortion and bullying – even murders – seem to be the norm in an industry where such opportunity exists and is so often allowed for the purpose of job completion.

And the worst offenders within the construction industry are not unionists — they are politicians. They are the ones who have the power to line their pockets with mountains of cash and to declare where, when and who will carry out the contracted jobs.

A classic example is the most recent one — the Winter Olympics at Sochi. Almost every Olympic Games venue has been the target of corruption, even since the Games began, but the Russian effort has excelled all of them.

Russian President Vladimir Putin announced that his country would spend twelve billion dollars on the Games. The actual cost turned out to be fifty billion dollars.

Are the Russian people ever going to know where the money went?

Fat chance. Putin and the pals that gather around him will join the rest of the multi-millionaires who are always the winners in major building construction projects — wherever and whenever.

There are no unions in Russia. There are no multi-millionaire unionists in Australia. But there are construction magnates in this country, who are the only winners. And these magnates may whinge about it, but in the end most of them cave in to the demands of thugs — who are not unionists but professional gangsters.

As Shorten says, it should be a matter for the police, but first the police need to have a complaint.

In setting up his inquiry, Tony Abbott is once more throwing your money and mine up into the air.

If Tony Abbott wants to change his spots and go down in history as a successful leader, he should immediately turn his attentions to amending the Tax Act and stop multi-millionaires dipping their hands into our national treasury and budgets whenever they feel like it, using loopholed laws that can be and must be changed.

There must be sufficient brain power in our public service to find a way. It can be done. That it failed once means nothing. We must try again and again and again.

But then Tony won’t do that, will he? 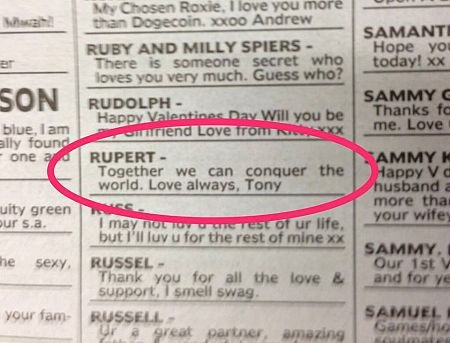 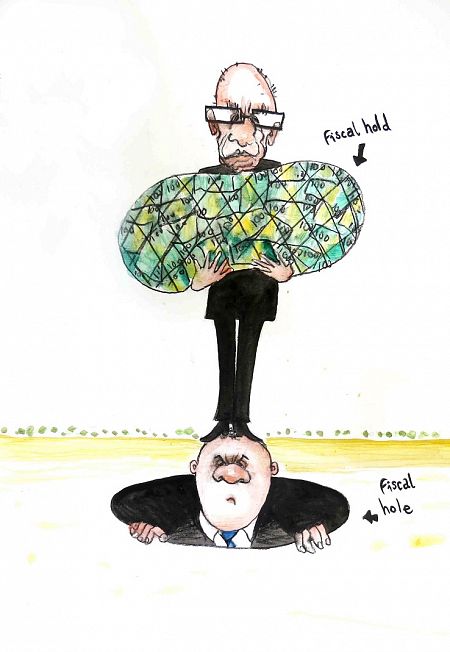