Wanting to distract and deflect, as well as punish and shame his Opposition counterpart, Tony Abbott abruptly came up with his plan to ennoble Quentin Bryce, writes Bob Ellis.

IT MAY WELL BE THAT NO-ONE, not even Abbott, knew of the new knighthoods until 3.10pm yesterday.

Shocked by a Shorten motion on the money he was taking from the kids of dead soldiers, and wanting to avoid that headline; wanting also to punish and wrong-foot Shorten for so shaming him and shrinking him, he ennobled his mother-in-law.

A nice Jesuitical wriggle, he will have thought. But the results have been, already, calamitous.

For if Malcolm Fraser is not the next on the list, three million Liberals will be affronted. If Julie Gillard is not also, five million women will. If Hewson, Peacock and Kennett get no gong, and Cathy Freeman, and Ricky Ponting, it will be noted.

It is reasonably certain Rupert Murdoch is on the list (the Queen, who hates him, has refused him two knighthoods thus far), and it is payment for past help. It is clear, as with Lloyd George, that some with billions will buy, with the odd stray million, knighthoods hereinafter.

It is certain Sir Alan Jones will be tapped on each shoulder with a boomerang, or whatever, by 2016.

It is certain Sir Tom Uren will cast off his new ribbon with disgust.

We have seen these distractions before.

Just as the Hobart Labor Conference in 2000 unveiled its education policy, Howard said no lesbian could have children by IVF because it was better a child not be born than live without a father. Menzies, facing electoral slaughter, announced in parliament that Evatt’s secretary was a Russian spy. Abbott, facing electoral slaughter now in Western Australia, is pulling this headline rabbit out of his top hat, white tie and tails. 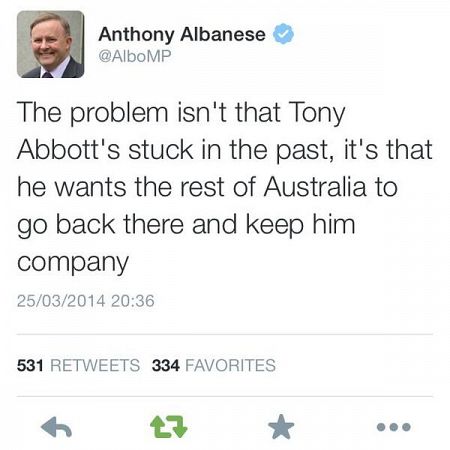 But what he doesn’t get, I think, is how much money this will cost him.

Capitalists craving knighthoods will curse him for not ennobling them and minimise their donations. Singo, Hadley, Grattan, Clive James (dying, deserving, monarchist), John Bell, Ita Buttrose, Jamie Packer, Gina Rinehart, Jeannie Little, will be in a snit. Abbott’s confessor Pell will be enraged. Nick Greiner, twice accused of corruption, will see it as betrayal.

Friends of Victor Chang, Fred Hollows and Slim Dusty will demand it be posthumous. Friends of Cathy Freeman and Adam Goodes will want an Aboriginal quota. Janette Howard will be on the phone already. Philip Adams will be asking, on LNL, why Gough Whitlam, Noel Pearson, Germaine Greer weren’t made the offer. Les Murray, who launched Tony’s book on the monarchy, will be very puzzled.

All the Australian Nobel Prize winners will find it illogical they were not considered. All the VC winners. All successful paralympians. The four-a-year rule will seem more and more stupid.

Still, Tony got what he wanted: a headline that overwhelmed the news that he was thieving two hundred and fifty dollars a year from the kids of dead and mutilated soldiers. He managed that, at least. He seemed less like a persecutor of children.

And more like Don Quixote de la Mancha, the knight of the woeful countenance, off on a quest for past chivalry that never was.

And after this, the deluge. 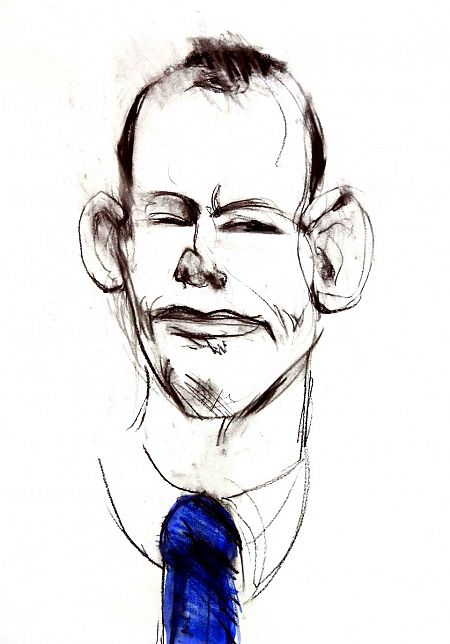