The persecution and betrayal of Julian Assange 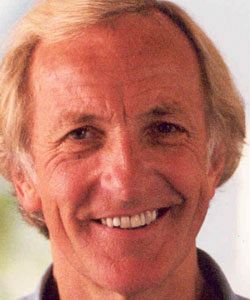 Julian Assange has been betrayed and persecuted by the ones to whom he gave "one of the greatest journalistic scoops of the last 30 years," says internationally renowned journalist John Pilger. He also details links between Swedish officials involved in the prosecution and the CIA, as well as with other US officials.

As the United States and Britain look for an excuse to invade another oil-rich Arab country, the hypocrisy is familiar. Colonel Gaddafi is "delusional" and "blood-drenched" while the authors of an invasion that killed a million Iraqis, who have kidnapped and tortured in our name, are entirely sane, never blood-drenched and once again the arbiters of "stability".

But something has changed. Reality is no longer what the powerful say it is. Of all the spectacular revolts across the world, the most exciting is the insurrection of knowledge sparked by WikiLeaks. This is not a new idea. In 1792, the revolutionary Tom Paine warned his readers in England that their government believed that "people must be hoodwinked and held in superstitious ignorance by some bugbear or other". Paine's The Rights of Man was considered such a threat to elite control that a secret grand jury was ordered to charge him with "a dangerous and treasonable conspiracy". Wisely, he sought refuge in France.

The ordeal and courage of Paine is cited by the Sydney Peace Foundation in its award of Australia's human rights gold medal to Julian Assange. Like Paine, Assange is a maverick who serves no system and is threatened by a secret grand jury, a malicious device long abandoned in England, but not in the United States. If extradited to the US, he is likely to disappear into the Kafkaesque world that produced the Guantanamo Bay nightmare and now accuses Bradley Manning, WikiLeaks' alleged whistleblower, of a capital crime.

Should Assange's current British appeal fail against his extradition to Sweden, he will probably, once charged, be denied bail and held incommunicado until his trial in secret. The case against him has already been dismissed by a senior prosecutor in Stockholm and given new life only when a right-wing politician, Claes Borgstrom, intervened and made public statements about Assange's "guilt". Borgstrom, a lawyer, now represents the two women involved. His law partner is Thomas Bodstrom, who, as Sweden's minister for justice in 2001, was implicated in the handover of two innocent Egyptian refugees to a CIA kidnap squad at Stockholm airport. Sweden later awarded them damages for their torture.

These facts were documented in an Australian parliamentary briefing in Canberra on 2 March. Outlining an epic miscarriage of justice threatening Assange, the enquiry heard expert evidence that, under international standards of justice, the behaviour of certain officials in Sweden would be considered "highly improper and reprehensible [and] preclude a fair trial". A former senior Australian diplomat, Tony Kevin, described the close ties between the Swedish Prime Minister Frederic Reinfeldt and the Republican right in the US. "Reinfeldt and [George W] Bush are friends," he said. Reinfeldt has attacked Assange publicly and hired Karl Rove, the former Bush crony, to advise him. The implications for Assange's extradition to the US from Sweden are dire.

The Australian enquiry was ignored in the UK, where black farce is currently preferred. On 3 March, The Guardian UK announced that Stephen Spielberg's Dream Works was to make "an investigative thriller in the mould of All the President's Men" out of the book WikiLeaks: Inside Julian Assange's War on Secrecy. I asked David Leigh, who wrote the book with Luke Harding, how much Spielberg had paid The Guardian UK for the screen rights and what he expected to make personally. "No idea," was the puzzling reply of The Guardian UK's 'investigations editor'. The Guardian UK paid WikiLeaks nothing for its treasure trove of leaks. Assange and WikiLeaks – not Leigh or Harding – are responsible for what The Guardian UK's editor, Alan Rusbridger, calls "one of the greatest journalistic scoops of the last 30 years".

The Guardian UK has made clear it has no further use for Assange. He is a loose cannon who does not fit Guardian-world, who proved a tough, unclubbable negotiator. And brave. In The Guardian UK's self-regarding book, Assange's extraordinary bravery is excised. He becomes a figure of petty bemusement, an "unusual Australian" with a "frizzy-haired" mother, gratuitously abused as "callous" and a "damaged personality" that was "on the autistic spectrum". How will Spielberg deal with this childish character assassination?

On the BBC's Panorama, Leigh indulged hearsay about Assange not caring about the lives of those named in the leaks. As for the claim that Assange had complained of a "Jewish conspiracy," which follows a torrent of Internet nonsense that he is an evil agent of Mossad, Assange rejected this as "completely false, in spirit and word".

It is difficult to describe, let alone imagine, the sense of isolation and state of siege of Assange, who, in one form or another, is paying for tearing aside the façade of rapacious power. The canker here is not the far right, but the paper-thin liberalism of those who guard the limits of free speech. The New York Times has distinguished itself by spinning and censoring the WikiLeaks material. "We are taking all [the] cables to the administration," said Bill Keller, the editor, "They've convinced us that redacting certain information would be wise". In an article by Keller, Assange is personally abused. At the Columbia School of Journalism on 3 February, Keller said, in effect, that the public could not be trusted with the release of further cables. This might cause a "cacophony". The gatekeeper has spoken.

The heroic Manning is kept naked under lights and cameras 24 hours a day. Greg Barns, director of the Australian Lawyers Alliance, says the fears that Assange will "end up being tortured in a high security American prison" are justified. Who will share responsibility for such a crime?

(This story has been republished under a creative commons licence from US journal Truth Out. It was originally published on Saturday March 12, under the title 'How the So-Called Guardians of Free Speech Are Silencing the Messenger'. If you would like to read more stories on Independent Australia about Julian Assange and Wikileaks, please click here.)
POLITICS INTERNATIONAL British establishment British justice CIA Colonel Gaddafi David Leigh George W Bush John Pilger Julian Assange Karl Rove Mossad
Recent articles by admin