SUBSCRIBE   DONATE LOGIN SHOP
SUBSCRIBE   DONATE
ELECTION LIVESTREAM: Time for toast! Murdoch-free analysis
What to do if you spot conspiracists at the voting booth
Shop IA merchandise!
12 reasons why the Morrison Government should be ‘toast’
Independent Australia needs YOU!
Politics

Despite another asylum seeker boat tragedy off Christmas Island today, Tony Abbott continues to offer Nauru as the solution and reject other options. John Menadue from the Centre for Policy Development, however, says re-opening Nauru is not the solution — and gives facts, rather than rhetoric, to explain why. 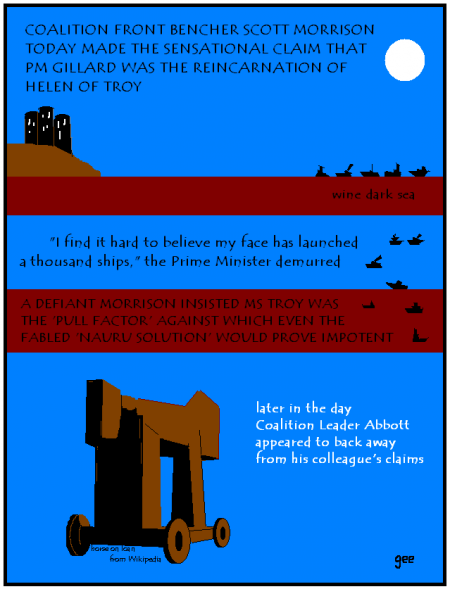 One-liners derived from focus groups and dog-whistling don’t add up to an acceptable refugee policy. But that is what the Coalition offers:

‘Stop the boats … turn them back to Indonesia … take the boat people to Nauru’.

It is important to examine carefully the so-called Pacific solution that Tony Abbott gives us as one-liners. The cost of Nauru in the 2000s was extremely high, both for the people imprisoned and the taxpayer, with minimal benefits to Australia. It cannot be part of a regional arrangement. In any event, Nauru and the Pacific Solution cannot be repeated. That is the clear view of the Department of Immigration and Citizenship (DIAC) and all agencies advising the government in this area.