The NSW EPA: Whose interests do they protect?

The NSW EPA is not only toothless, it appears to be actively assisting polluting corporations such as Santos ahead of the public interest, writes David Paull.

THE NSW Environmental Protection Authority (EPA) is a public agency — that should mean it protects the public's interests.

This agency regulates all activities which fall under the jurisdiction of the Protection of the Environment Operations Act (POEO). This includes noise, air and water pollution that arise from any development. But how well are they performing and is the interest of the public being met?

But a look at the EPA’s recent performance in relation to water incidents tells a different story.

As one EPA employee remarked to me in relation to ammonia pollution from Orica’s facilities on Kooragang Island in the Hunter River, it’s been happening for years and discharges of mercury have gone unreported:

"Once the reports go to Buffier’s office, they usually get altered."

At the time, Mr Buffier was seeking about $5 million to cope with the EPA’s extended responsibilities to ensure compliance with licence conditions of the coal seam gas (CSG) industry. This was delivered this year with a new EPA office opening in Narrabri. 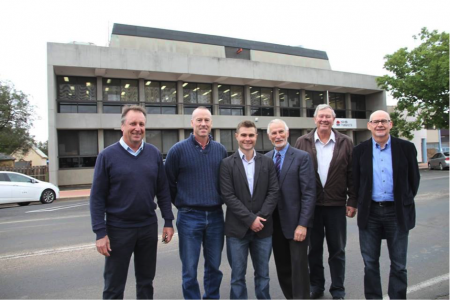 Why? Well it relates to the 2013 incident of aquifer contamination from a leaking coal seam gas water holding pond in the Pilliga, where high levels of metals were detected 20 metres below the ground, including 20 times the background level of uranium. An incident where Santos was fined only $1,500 and a result that was claimed by Gary Davey, the then head of the North-East branch of the EPA to an internal team-building meeting in 2014, as a triumph of public relations.

Now, it may come as a surprise, but the EPA do not carry out their own water analysis. In this case, they relied on the analysis provided to them by Santos. The water samples were taken by Santos’ consultant, CH2M Hill, who then provided the results to the large multinational firm EHS Support for analysis. EHS Support, whose mission statement reads: ‘The Element of (NO) Surprise in Environmental, Health, and Safety Solutions’.

Anyone in the environmental field understands what this coded message means. In this case, as it was triumphantly exclaimed by the EPA, the high levels of uranium did not come from the coal seam water held in storage above ground, but came about as a result of the chemical reaction of the water with the naturally occurring uranium in the soil. Indeed, it was a result everyone in government and Santos was happy about. With a $1,500 fine, you could have heard the laughter coming from the Santos boardroom.

But at least there was an explanation. More recently, the EPA has taken to sending the water samples to the water analysis unit in their sister agency the Office of Environment and Heritage (OEH). Once the analysis is done, the raw results are given to the EPA, who hand them over to members of the public who provided the samples. But there is no analysis undertaken to compare results with quality thresholds, such as that contained within the ANZECC Guidelines for Freshwater Ecosystems, or any other kind of explanation of the results. 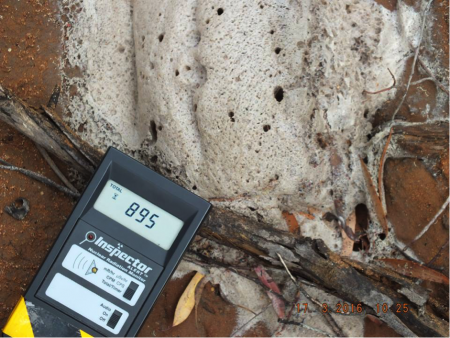 When I queried this lack of analysis and the fact that most of the heavy metals in the sample did appear to be over the ANZECC trigger values, I was told "maybe" by the EPA officer in charge over the phone. The EPA don’t like to put things in writing anymore. It also seems that if the person responsible for dumping the fluid (in this case, not far from Santos’ facility near Narrabri) was not seen actually doing it, then there was no legal case and the EPA would not pursue it.

Even though the EPA issued Santos with a ‘Pollution Reduction Program’ last year, it seems nothing has changed. Thus one has to wonder what the $5 milliion for the EPA team overseeing coal seam gas in Narrabri is actually for. 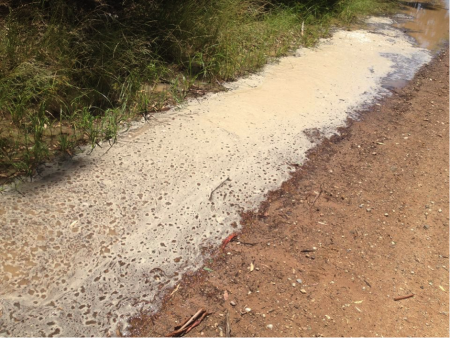 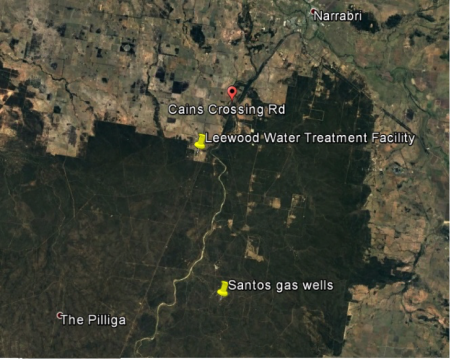 Surely the EPA’s oversight of air pollution is better. After all, NSW Environment Minister Mark Speakman recently said that NSW can be pleased with its air quality and Australia has “tough standards” for airborne fine particles.

But now he is calling for public input into how to improve their air monitoring system, as Mr Speakman said in a fit of public relations gobbledygook:

"Current air quality in NSW rates well by international standards, but as our population grows and our infrastructure and industry projects grow, the way we manage air pollution will need to improve so we can continue to breathe the cleanest air possible."

Here are some suggestions Mr Speakman.

Perhaps it would be a good idea for your agency to undertake air quality monitoring rather than rely on the data provided to them by the coal mining companies.

Let’s look at Whitehaven Coal’s recent performance, the biggest contributor to coal dust in the Namoi valley. Firstly, there were large gaps in the data provided to the EPA. This happened to coincide with a period where community-based monitoring recorded large spikes in emissions. Then came the latest revelation that the company is actually reporting negative dust emission levels. An impossibility, given it at least should be picking up background levels from farming. This data was dutifully uploaded to the EPA website. Don’t they check their data?

While compliance actions have been undertaken by the EPA from time to time, it seems to be ad hoc and often in response to community complaints. Perhaps it would be a good idea to increase fines that would better induce compliance among mining companies?

The pattern seems to be weaker compliance for the new and emerging and riskier coal and gas centres, than for the more established mines in the Hunter, though fines in the Hunter have also been paltry and breaches are regularly made. I wonder if this has to do with National Party old boy connections for several big operations currently underway or trying to get underway? Former deputy prime ministers Mr Vaile and Mr Anderson, take a bow. Vaile is now with Whitehaven while Anderson works hard for the CSG industry.

It is well known that Whitehaven has consistently refused to co-operate in a region-wide dust monitoring programme, such as exists in the Hunter Valley, by refusing to fund such a venture. Meanwhile, the people, farming and natural systems around the Whitehaven mines continue to suffer.

Mr Buffier, Mr Speakman and Mr Baird, it’s time for the EPA do what their name suggests — to protect the health of the environment and people that live in it and not just preserve the interests of your friends in big coal and gas. In the end, the hobbling ICAC may just not be enough, as communities are becoming more empowered to challenge the fraud and inaction.

No one round here believes Santos or @NSW_EPA #AUSPOL #pilliga #csg pic.twitter.com/leXRKVj3fT

Investigate Australia.Subscribe to IA for just $5.