The choice of rank and file: To reform Labor or toe the line

Union officials control the Labor Party via proxy votes made on behalf of union members who are usually not members of the ALP; this must end if the Party is to reform, says ALP member Peter Wicks. 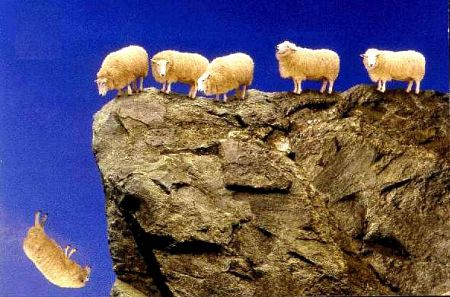 A COUPLE OF DAYS AGO, I published a story in which I grieved, as an ALP member, about a so-called "democratic" result in which the vast majority of members voted for one candidate, but the other candidate was elected.

I suggested, not unlike many others have done, and which internal reviews have proposed, that this was a bad look for democracy and that the Labor Party need root and branch reform if it is to survive.

I received a significant amount of criticism for this, with many Labor Party members suggesting I should just shut my mouth, stop "whinging" and march blindly into the new dawn behind the new and glorious leader.

To me, this 'my party, right or wrong" is head in the sand stuff, utterly wrong-headed, counterproductive and will get the Party nowhere. The point is: if these issues are not tackled now, while we are three years away from another Federal Election then when will they be tackled?

Rank and file members are sick of hearing about reform and seeing none.

The facts about the leadership vote is clear: the rank and file voted to choose a leader, only to have the caucus take him away from us after some factional deals were done for shadow ministries.

Yes the election went via the rules — but who set the rules and what choice did anyone have but to follow them? These are not old rules, but rather ones knocked together in the hurly burly of an election campaign.

Those who say things can be changed at branch level forget something.

The Labor Party has around 50,000 rank and file members, although that may have increased slightly by now. Yet, according to the Australian Bureau Of Statistics, there are 1.8 Million union members in the country.

Representatives of these unions get to run the ALP, yet they can’t even swing 5 per cent of their members to join the Party.

All major decisions are voted upon at National and State Labor conferences by those who have been elected at branch level to attend, including union representatives, the caucus and Labor Party staff. These decisions include some policy positions and head office staff, including the Administration Committee who administer the party rules and the make-up of Upper House and Senate tickets, amongst other things.

Each representative of a union carries the votes by proxy of their entire membership at conferences, meaning their vote can render that of the rank and file members’ vote virtually irrelevant.

But more than that, as if we trying to restrict the number of Party members, the membership of the Labor Party requires you to be the member of a union if you work in an industry that has a union.

But it is not a requirement of any union, as far as I'm aware, that a union member is required to be a member of the Labor Party — so it's a one-way street.

I'm a union member myself, but I can assure you that there are industries out there with unions I wouldn't join in a pink fit.

My take on union involvement is that they should be involved — but kept at arm's length. It is true that union's make up the bulk of the revenue of the Party, but this does not mean they should run the Party. The donors to the Liberal Party, for example, do not get a vote commensurate to the size  of their donations. The unions should be pleased to contribute to the Labor Party knowing their interests coincide with the Party established to protect workers and improve their lot.

And unions voting as blocs must be abolished if we are to ever move forward as a party and end the culture of the so-called "Faceless Men".

There are several simple and rather obvious reasons for this.

I know of many members of the Greens Party who are union members; I also know several Liberal Party members who are also members of union. Should members of other parties really be entitled to representation and a say in how the Labor Party works?

Think about that for a moment.

To me the idea of a Labor politician in the Senate or upper house in a state government being beholden to the wishes of any organisation, including a union, in order to gain and hold onto their post is an enormous conflict of interest. Getting to this position without the backing of a powerful union is virtually impossible. In short, it should not be the case; our politicians should be elected based on merit, not based on whose puppet they are willing to be.

Putting the power of so many votes into the hands of so few is akin to sending out an invitation for corruption and putting a big red ribbon on it. It is a practice that has allowed powerbrokers to maintain their hold over the party and ensure their power is not diluted for time immemorial.

The average rank and file member sees that he has no say and the party is being run by a few powerbrokers, yet we all still act surprised when we see our membership numbers in decline. We all, collectively, need to wake up and smell the coffee.

If we can get rid of the proxy union voting system, we will have succeeded in ridding ourselves of most of our problems. But we should also get rid of vote weighting, which saw caucus members outweigh the power of rank and file votes and saw Bill Shorten elected with a massive minority of the total votes.

In a true democracy, everyone is allowed a vote — and so we would not allow a representative of Woolworths to vote in a Federal election on behalf of all the Woolworths staff. The same should go for unions and caucus members; it's not exactly rocket science.

Yesterday, the former President of the Australian Labor Party and National Secretary of the Health Services Union, Michael Williamson, pleaded guilty to more than 50 charges‒ including money laundering and destruction of evidence ‒ in a case that heard how he fraudulently took close to $1,000,000 from the HSU membership.

The day before, former Speaker Anna Burke MP had her say after being passed over for the role of Chief Whip. With the role instead being given to Chris Hayes MP — someone who has 18 years of service with the AWU behind him and whose brother, Gerard Hayes, is now Secretary of the NSW Branch of the HSU, with all of its proxy votes.

The last time there was talk of reform and new party rules to be put in place in NSW, I attended the Labor Western Sydney Regional Assembly. It was to launch a change in rules aptly entitled "A New Standard".

The room was full of MP's and Party leaders all there to hear NSW Labor Leader John Robertson's speech. However, after the speech was finished and the media had left, so did all the MP's and the Sussex Street staff. Nobody was left to listen to the rank and file members. It was as if nobody cared what they – we – thought. Perhaps they didn’t?

I found this conduct disgraceful and I left with a sour taste in my mouth. We are the membership; we are the ones who hang corflutes, stand outside election booths all day, campaign at shopping centres and train and bus stations faithfully every election — and these guys couldn't spare a couple of hours of your time?

I hope they will show a little more respect for members and listen to us when it comes to future reform.

John Robertson, the man who was supposed to set the “New Standard”, was last week questioned over failing to report an attempted $3 million bribe when he was a union secretary. The man who once stayed as a guest at Eddie Obeid's ski lodge seems safe in his position as leader in NSW, although this is probably only because nobody else would want to put up their hand to lead. And who can blame them at the moment?

I will always be faithful to the Party, however those setting the rules for reform are the very people the reform should be removing.

Real reform comes via the rank and file — not from those trying to protect their own positions and, in many cases, sinecures.

Let’s not do what we did last time and change leaders a few months out from a Federal Election; we need to sort this out sooner rather than later.

We need to take the opportunity for change now while we have the chance.

Tomorrow, it may be too late.

Peter Wicks is a former NSW State Labor candidate. You can follow Peter on Twitter@madwixxy.