Many people have looked at the text messages James Ashby left on his phone for everyone to read, which destroyed and damaged several careers, but few have thought about the ones he may have removed, or why. The Ashbygate Trust reports. 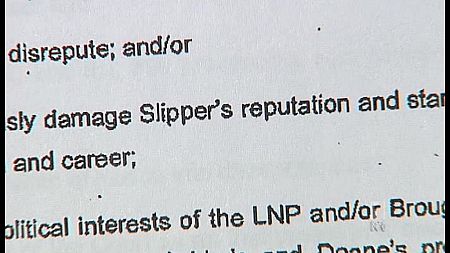 The lengthy deliberations of Their Honours in the matter of James Ashby’s leave to appeal has tempered some aspects of the Ashbygate enquiry. Clearly, the decision will be a significant factor in the way the whole saga plays out.

But it will only be a factor.

The hiatus, the eye of the storm, will pass. Their Honours will decide. Our perverse hope is that leave to appeal is granted and the matter is fully aired in court. The Ashbygate Trust has garnered sufficient fresh and reliable evidence to make a meaningful contribution to any such hearing.

There is no law against lying. There’s been plenty of that going on in the Ashbygate caper, but, legally, so what?

It’s when supposed allies lie to each other that things get interesting. Especially when one of those allies hangs the others out to dry.

At their inner-city, latte-soaked, hipster HQ, the Ashbygate Trust members often while away their time in meaningless semantic debates. What is a ‘fixie’ is easy, the term forensic proved more problematic. As hipsters do, the Trust attended a second-hand bookshop and snuck a look at a well-thumbed copy of the Shorter Oxford Dictionary. Debate over. This is what forensic means:

adj. Pertaining to, connected with, or used in courts of law: suitable or analogous to pleadings in court. It also means medicine in relation to law, medical jurisprudence. 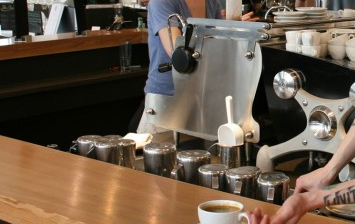 Which allows us to segue neatly to an iPhone that is probably now at the bottom of the Mariana Trench. Specifically, an early model iPhone 4 GSM (A1332) formerly operated by James Hunter Ashby.

Just an iPhone, but this one packing a few kilotons of things that go boom.

The alleged contents of this phone were dumped in the Federal Court by Messrs Harmer and Ashby, presented forensically. So they say.

While we cool our heels, here are some thoughts, not just for IA regulars, but to all of you who subscribe to, and read, the IA newsletter via an @aph.gov.au address.

Our evidence is that the text and other messages supplied to the court by James under instructions from Michael Harmer (presumably, although we note the cart and horse might be confused), has a very strong chance of being incomplete.

According to documents supplied to the court back in 2012:

On Thursday 12 April, PPB Advisory was engaged by Harmer’s Workplace Lawyers to undertake a forensic examination of an iPhone belonging to Mr James Ashby. Specifically, we were instructed to:

b)    Forensically extract from the forensic image of all SMS images.

That’s a lot of forensics.

Two instances of the various forensic copies were then placed on DVD. These DVD’s [sic] together with the spreadsheet report were then provided to Harmer’s. PPB did not retain any copies of material extracted from the iPhone.

We’ve had a chat with our own iPhone forensics people ‒ who, by the way, are highly reputable and happy to go expert witness ‒ and they point out PPB’s crucial paragraph which states, under the heading Findings:

Based on the testing as detailed above, we are unable to identify any indicators that would suggest that the SMS database as extracted from the Ashby iPhone has had SMS messages manually inserted.

There is nothing there about deleted messages. Or any attempt to retrieve them.

That, naturally, leads to ristretto-fuelled speculation as to who was out, and why, and who was in. And why.