University students are being forced to work longer hours and drop down to part-time study because our welfare regulations aren't keeping up with current realities, writes Ashleigh Barraclough.

NIKKI EENINK, 21, worked 48 hours in the week before her university exams last semester. She works four jobs while studying screen and cultural studies full-time at the University of Melbourne.

“I have to ask for two-week extensions just because I'm so tired.”

Census data from 2016 shows 67 per cent of working full-time students are working more than ten hours – the maximum amount many universities recommend – each week. Like many students, Eenink works long hours to afford the costs of rent and bills in inner-city Melbourne.

Eenink, who moved from Newcastle to study, works mostly as a sales assistant for both Target and Myer. She is also a brand representative and runs science enrichment programs for kids.

She typically spends about 30 hours per week on her studies and between 25 and 45 hours working (see graph below for top ten university student occupations). Melbourne’s COVID-19-induced lockdown put her out of work between February and October, but restrictions eased just before her university’s exam period.

She said she was forced to rely on savings from her cancelled exchange trip:

“That's the only reason I got through it. And now I have zero savings, so if it [a lockdown] happens again, I'm like so far up shit creek with no paddle.”

University students under the age of 22 often struggle to qualify for the Youth Allowance payment because their parents’ incomes are assessed when Centrelink evaluates their claim. If a student’s parents earn a combined income over $54,677 per year, the student loses 20 cents of the payment for every dollar above that amount. 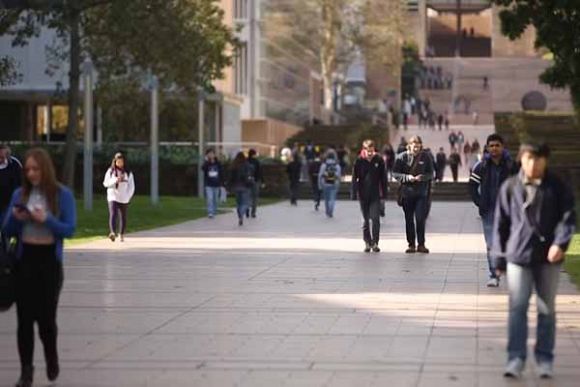 The upcoming Inquiry into the adequacy of Newstart means now is the time for students to make their voices heard.

Graduating university student Ashleigh Hastings, 25, had to drop down to part-time studies for her postgraduate degree because she lost access to her Centrelink payments.

“I had always intended to do it [master’s] full time. But when I got there I realised very quickly that it just felt impossible for me.”

The graduating Master of Journalism student worked between 20 and 40 hours each week throughout her undergraduate and postgraduate studies at the University of Melbourne. She sometimes missed classes because she had to work in hospitality until 3am the night before.

“With the events industry, it ebbs and flows so you need to get the money while you can.”

Hastings had to move away from her hometown of Bendigo to study. She comes from a low-income, single-parent family, meaning she easily qualified for Youth Allowance during her undergraduate studies. However, as a postgraduate journalism student, she does not qualify for any of Centrelink’s student assistance payments, nor concession transport prices. 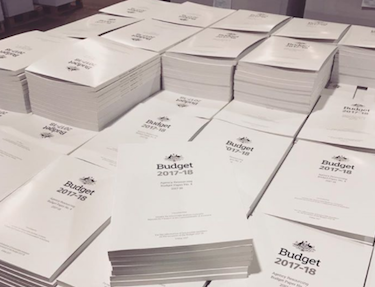 Unlike the Abbott/Hockey sledgehammer approach, the Turnbull/Morrison budget is anaesthetising us first, says John Passant.

Hastings' work hours ramped up during her master’s degree. But, her course is not included in the list of “approved masters’ courses”, which mostly consists of courses where a degree is a requirement for practising in the field, such as medicine or teaching.

“That was really tough, having that realisation that the Government definitely doesn't think your course is valid enough to give you welfare.”

“A lot of students have to drop down to part-time so they can work as well, because Centrelink just isn’t enough.

The obvious solution for domestic students is raising Youth Allowance and Newstart [now known as JobSeeker], as well as Rent Assistance. Accommodation is a big expense and a lot of students move to big cities from the country to study.”

Amin said the cost of living in Australia is forcing students to work long hours while studying:

“Students are definitely finding it tough to go to university and live a meaningful life where they can support themselves.”

Hastings said Australia’s welfare regulations “aren’t keeping up with the current realities” for students. Throughout COVID-19, she has received the JobKeeper payment from her employer, Mariner Group. Not having to work, her marks improved.

Ashleigh Barraclough is a freelance journalist and post-grad journalism and Arabic student at the University of Melbourne. You can follow Ashleigh on Twitter @ashleighbarra.