Naomi Fryers was blindsided by her experience working for a well-known gym chain, severely damaging her health, wellbeing and peace of mind.

TOWARDS THE END of 2016, I was regaining my health after overcoming post-natal depression and obesity to fit within a healthy range of visceral body fat. I was also looking to re-enter the workforce with a young son. I had come to be passionate about health and well-being, and still am. I read (and subsequently applied for) a sales consultant job advertisement, boasting salary and generous commissions, working part-time weekday hours local to my home with “no travel required”. It sounded perfect at the time, but it almost cost me everything — economically, physically and certainly in terms of dignity and sanity.

I was initially employed by Snap Fitness in Croydon on a part-time contract for 12 hours per week, under the Fitness Award 2010 in a sales consultant capacity during weekdays. My contract stated that I should earn $20 per hour, plus commissions, but those commissions were never paid. I also received no leave entitlements, didn’t accrue annual or sick leave and was quickly expected to provide my own resources including personal mobile phone and car, including petrol. I worked a few weekends but my pay rate never varied.

As a lesson hard learned, for the first time in my working life I was not signed up as a union member. It was a "could’ve/should’ve/would’ve" moment in time I have come to regret. Not long after I started, my email signature was titled “Business Relationships” and apart from generic lead generation from outreach and passive rewards programs, I was expected to set up a club membership rewards scheme with local businesses. I actually scratched my head when my business cards for networking arrived that titled me as a “Business Development Manager”, as I certainly wasn’t receiving wages in line with a managerial position. These should have been red flags about expectations, but realistically at that point in time I was naïve as to what would come and really needed the money. 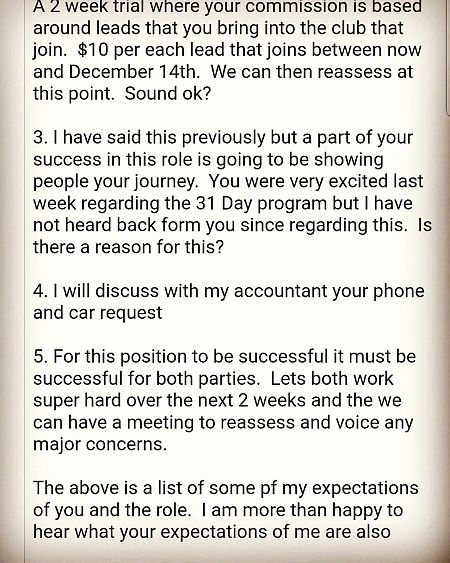 During the time I worked there, I had four hours of sickness — none of which were paid. I was sent emails outside of office hours and expected to answer calls on my private mobile phone. Poverty and unreasonable demands are one human resource issue, but it was the illegality of the expectations that got me in the end. I was subjected to bullying, passive aggressive treatment and reprimanded verbally for not training at the club outside of my standard working hours.

I still wish I could repress memories of the mandatory professional development that included “compulsory sales pitch role playing” with the boss (in front of paying clients). But on top of this I was micromanaged to within an inch of my sanity. I was requested to text my Queensland-based boss a breakdown of the leads I had generated from the streets during my four hours of work from the front service counter, while answering emails and nurturing business relationships that required use of my personal vehicle for which I was never compensated.

"Up to one half of the Australian workforce will experience workplace bullying during their working lives." https://t.co/sJp8Gxs0b3 #Australia #Business #Bullying #Blog #WorkplaceBullying pic.twitter.com/hWLM48aIBl

It also became clear to me quickly that my weight and body shape was an issue for the “brand” as dictated by the owner/manager who had alarmingly previously owned and operated other stores. And although they had hired me irrespective of my apparently unfortunate appearance, I was pressured into undertaking body transformation and fat loss challenges – also including working out and meal prep, complete with buying weight-loss apparatus — all outside of working hours.

According to my boss, I had to “demonstrate my journey”, which would be critical to my success in the role. I was emailed instructions on what to eat, how often to train (where and when) and there was marked disapproval when the physiotherapist advised I cease training for a spell due to shin splints. My body image suffered enormously, and I felt ridiculously tired and hungry — none of which is conducive to good health, far less still a positive work ethic. It was an insidious culture and emails from the owner conceded that after going through staff surveys from that time there was a number of aspects of his business that “needed improvement”, not that this ever reflected well on his practice. 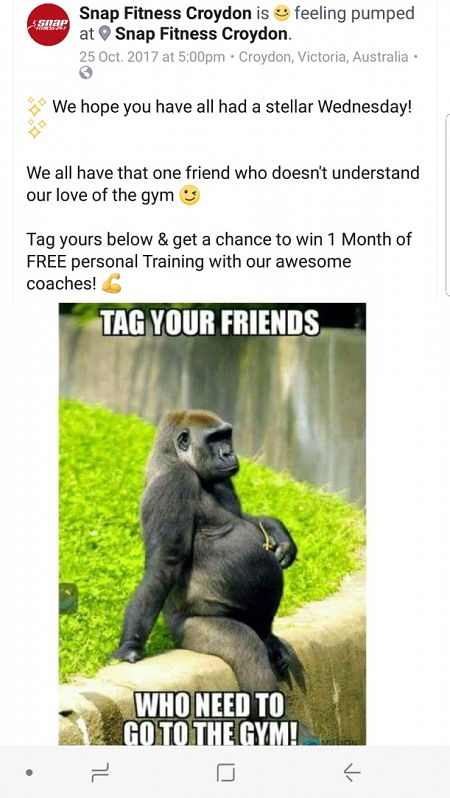 Eventually – to my credit, it was only a matter of weeks – I resigned, documenting the external pressure on me to lose weight as a reason along with being required to fight for my entitlements. I made it clear that my heart was not in the job due to these reasons and I was no longer in a position to sell for the brand. My claims about external pressures on me to lose weight were never refuted and, as far as I know, were never escalated. To this day, I find it ironic that I was the one on the receiving end of the professional development. At the time, I should have referred my issue to Fair Work Australia, but I had to prioritise my health because, unfortunately, that short period had taken a toll and I hit breaking point.

Directly following my resignation, I was hospitalised with depression and anxiety. Thankfully, today I'm strong enough and smart enough to take a stand. Workplace bullying, intimidation, cyber-bullying, harassment and stand-over tactics are never okay. It is never okay to coerce employees into shedding weight or imposing unreasonable demands about them transforming their body or appearance. I hope that Snap Fitness have since undertaken professional development for staff managers and are now treating their staff with decency and respect. I have learned several very valuable lessons including the importance of being a unionist, keeping good documentation and looking after myself in a way that doesn’t involve over-training or weighing protein on scales.

I will never tolerate sub-par treatment in the workplace again. Neither should any of you.

If you are being bullied, or feel anxious or depressed, please call Lifeline on 131 114 or visit beyondblue.org.au.