During his time as the Federal Member for Deakin, Michael Sukkar has engaged in behaviour fitting with the Liberal Party's lack of integrity, writes Kieran Simpson.

WITH ALL THE shady characters and scandals flying around this Federal Government, it is easy to get confused and overwhelmed. “Sports rorts”, “Robodebt”, “carpark rorts”, “safer communities rorts” — the list goes on. All the attention appears to be on Prime Minister Scott Morrison, the bloke who never seems to hold a hose and who never seems to enforce any accountability.

It’s very easy to miss one shady looking character — Michael Sukkar, the Assistant Treasurer and Member for Deakin. Sukkar knows how to fly under the radar and how to work from behind the scenes. He boasts glossy, polished PR material and takes credit for others' work. He is not a household name, however, Sukkar has ambitions. While all politicians are ambitious, it’s the way Sukkar has risen within the Victorian Liberal Party and the Government that is concerning. Looking at what policy he has implemented, we should be extremely worried. Especially if he continues his rise.

Michael Sukkar was preselected for Deakin for the 2013 Election. He was backed by Tony Abbott as part of the “conservative resistance movement” and started his mission from God to impose his will on the Party. Someone in his own branch leaked to the media the now-infamous “termite crushing” audio in 2018. More audio was leaked again about Sukkar targeting sitting State and Federal Liberals whom he doesn't like. 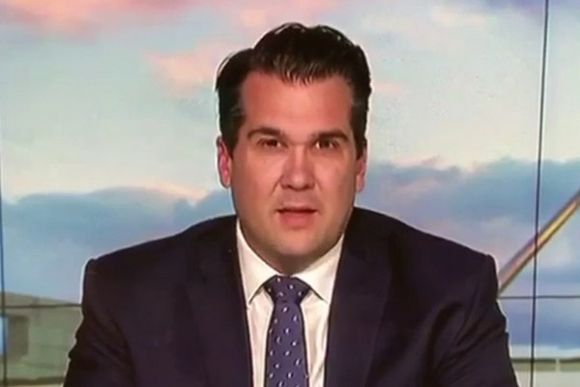 Despite branch stacking allegations, Assistant Treasurer Michael Sukkar has avoided Labor's wrath as they focus on a bigger target — the PM.

He is leading the faction trying to drive the Liberal Party further towards the Right. Examples include lobbying heavily for the Menzies branch to retain Liberal MP Kevin Andrews (Keith Wolahan won comfortably) and supporting state Member for Kew Tim Smith.

The biggest glimpse we have had into Sukkar’s shady-looking dealings was the investigation by The Age and 60 Minutes in August 2020. It was reported that Sukkar seemingly endorsed a memo authored by his chief minion, Marcus Bastiaan. The memo outlined a scheme to build a stronger Sukkar faction from inside the electoral office of Kevin Andrews. This was to be done by using electorate officers to engage in political recruiting activities that may have been in breach of federal laws.

Sukkar has denied being involved with branch-stacking. The Inquiry by the Department of Finance cleared him. But there are still many unanswered questions in light of all the leaked material that has been reported and because the Inquiry didn’t interview key staff — even those who volunteered to be interviewed. New evidence is reported to contradict Sukkar’s public statements on the issue.

Looking at Sukkar’s record as a Minister, he has actively been trying to sabotage charities. For several years. He refused to meet with or reappoint Australian Charities and Not-for-profits Commission (ACNC) Commissioner, Susan Pascoe. He instead appointed Gary Johns, a known hater of charities to the job. Now, Sukkar wants Johns to have powers to deregister a charity if the ACNC thinks the charity will commit a crime.

Even his colleagues are concerned about the legality of the proposed legislation. A Liberal-chaired Parliamentary Committee has recommended the bill be scrapped entirely. All this effort in an attempt to stifle criticism of himself and the Liberals. All because charities want to advocate for better policy. 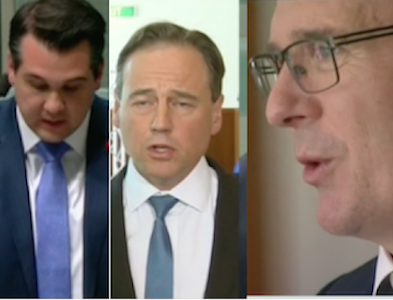 The rule of law and holding ministers to account

It seems unlikely that Ministers Hunt, Tudge and Sukkar will be held to account for their blatant contempt for the rule of law.

As Minister for Housing and Homelessness (even though he can’t be bothered meeting with charities) his only contribution has been to tell people to get a better paying job. This is despite there being plenty of options to tackle demand-side pressures on housing. The First Home grants Sukkar touts are an insult to the people of his own electorate. What good is a grant with a cap of $700,000 when houses sell for over a million dollars? It turns out that the schemes have likely contributed to increased prices, which is making housing more expensive for the average Aussie.

You also have to ask, how fiscally responsible is Michael Sukkar? As part of “carpark rorts”, he gave a local council $42 million upfront, with no proper assessments of the works. Why did Sukkar promise projects that didn’t have merit?

According to a Liberal insider:

‘...the spending was designed to sandbag MPs – including Mr Frydenberg and ministerial colleagues Alan Tudge and Michael Sukkar – who the Party feared were at risk of defeat in 2019.’

One car park has been cancelled and the rest are barely underway.

Sukkar has also failed as a local representative. During the postal survey about changing the Marriage Act, Sukkar said he would put his personal views aside and vote with the majority of his electorate. Yet, despite a 66 per cent “Yes” result, Sukkar followed Tony Abbott out of the chamber. On ABC radio, he denied even making the commitment.

The one thing Michael Sukkar has relied upon during his time in Parliament is secrecy and people not connecting the dots. But sunlight is the best disinfectant. One article is not enough to outline everything, but www.shadysukkar.com is doing just that. In light of his behaviour, Michael Sukkar needs to go. Deakin and Australia deserve better.

10 November 2021, 3:00pm During his time as the Federal Member for Deakin, Michael Sukkar has engaged in ...
Join the conversation
comments powered by Disqus
News updates