The Morrison Government is intent on denying refugees resettlement in Australia under its heartless repeal of Medevac law, writes Dr Kim Sawyer.

WE ALL need a place to reflect. Lincoln Square in Melbourne offers a biosphere albeit surrounded by concrete. You do not need to reserve a seat; there are no booking fees, no tickets and no premium seats. You can sit and observe life, possums, birds, insects and sometimes people. You can sit under a tree and see the branching process. You are in the best place in the city.

Lincoln Square is that place for me. I have often spent time there — a place to observe and reflect. But Lincoln Square is more. It has a fountain honouring 91 Australians who died in the Bali bombings. One day a year, the fountain becomes a reflecting pool. We reflect on who they were. We reflect on mortality. U.S. President Abraham Lincoln carried on him 'Mortality', a poem by William Knox.

'For we are the same that our fathers have been;

We see the same sights that our fathers have seen...

From the death we are shrinking, they too would shrink;

To the life we are clinging to, they too would cling...'

Pandemics affect our sense of mortality. Sitting in Lincoln Square, I observed more than most.

When buses arrived at Lincoln Square bringing passengers from the coronavirus-affected Greg Mortimer cruise ship, I remarked that a hotel without open windows was not the place for quarantining. If Severe Acute Respiratory Syndrome (SARS) had taught one lesson, it was the importance of ventilation.

In an earlier Independent Australia article, I wrote of a case in Vietnam in 2003 where SARS patients were housed in two hospitals. The first was a modern air-conditioned hospital with closed windows. The second was a hospital with high ceilings, ceiling fans and opening windows with cross-ventilation. In the first hospital, the virus spread. In the second there was no transmission. Ventilation matters. It was the story of SARS. It is the story of COVID-19 as recent studies confirm. Sometimes sitting in a square gives more insight than running an epidemiology model.

Lincoln Square now provides further insight. Before Christmas, buses arrived again with 60 refugees to be detained in the same hotel where Melbourne’s COVID outbreak began. These were the 60 poor unfortunates caught in limbo by arbitrary political decision making. And by the politics of cruelty.

At its peak, 2,450 refugees were detained on Manus Island and Nauru. Only 290 refugees remain there. Many were transferred to the United States and many were returned to their home countries. Some have been transferred to Australia for medical reasons. However, 17 refugees died in detention. A further 33 returnees have been reported as dead after they went home.

In March 2019, the 'Home Affairs Legislation Amendment (Miscellaneous Measures) Bill 2018' (known as the "Medevac Bill") introduced medical transfer provisions to allow a more orderly system for the transfer of refugees to Australia for medical reasons. Prior to Medevac, the transfer was at the discretion of the Minister. Medevac replaced this with an assessment by two doctors reviewed by a panel. This was consistent with human rights conventions. This was consistent with our duty of care.

The 60 refugees in the hotel overlooking Lincoln Square were transferred when Medevac was the law. Regrettably, the law was repealed in December 2019. The Federal Government wants them to return to their home country, to Manus, Nauru or any other country that will resettle them. None will be allowed to settle here. 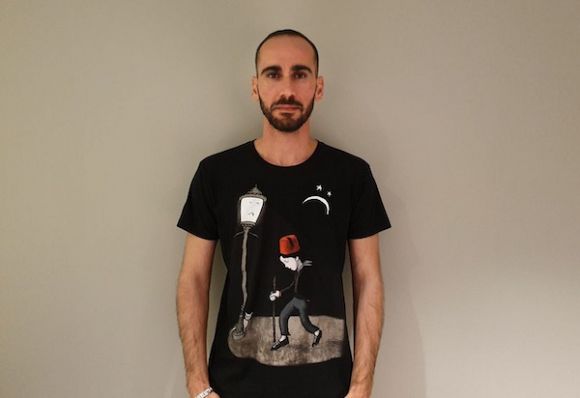 The truth about the Medevac 'four-star' asylum seekers

In 1976 I travelled to India. I alighted from a bus at Mahabalipuram to see the Hindu temples. There was a child begging who had essentially no limbs; his head nearly half his body; his body only two feet long; his eyes the eyes of immeasurable suffering. I visited the temples and met the bus a kilometre away. And he was there again. He had rolled his way to a new location.

I have often reflected on the randomness of suffering. With another roll of the dice, I could have been that child or a refugee — just as Prime Minister Scott Morrison and Former Acting Minister for Immigration, Citizenship, Migrant Services and Multicultural and Office Affairs Alan Tudge could have been refugees. In a sense, we all are refugees, for we do not know where we come from or are going to.

Political theorist Hannah Arendt suggested the surest way to make a person a non-person is to give them a number rather than a name — to hide their face and not allow us to see them for who they are.

Sitting in Lincoln Square I cannot see their faces, but I know they are there. They are like me. If only Scott Morrison meditated under a tree.